A ten-year-old boy who wanted to see his Grandparents has had a lucky escape after plowing his parents car into a snowy ditch. 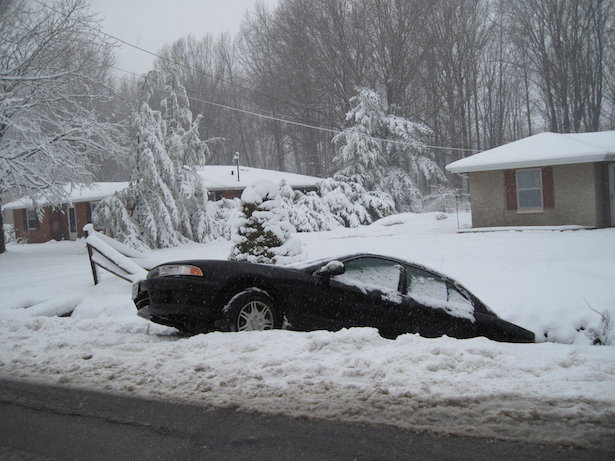 In the early hours of the morning while his parents were sleeping, the boy from Dokka, Norway, put his 18-month old sister into the car and set off to visit his grandparents in Valdres, which is about 60 kilometres away. He drove more than 10 kilometres before veering off the road into a ditch. He was found by a snowplow driver who alerted police.

When the snowplow driver asked the Boy what happened, he told him that he was a dwarf and that he had left his driver’s licence at home.

The children were unharmed, the car was not damaged and the police said they will not be pressing any charges.

The parents were extremely worried after waking up and finding the car and children missing. From now on they will be paying more attention to their children and car keys.