A simple photograph of a caring young man cradling his frail and ill grandmother has gone viral on Facebook and touched the hearts of the millions of people who have now seen it. The simple snap, of Italian Gianuluca Murisciano, shows him holding his elderly granny, who is suffering from Alzheimer’s Disease. She’s so ravaged by the dementia affliction that she no longer recognizes her grandson. But that doesn’t stop Gianuluca from demonstrating his love for her and holding her close. 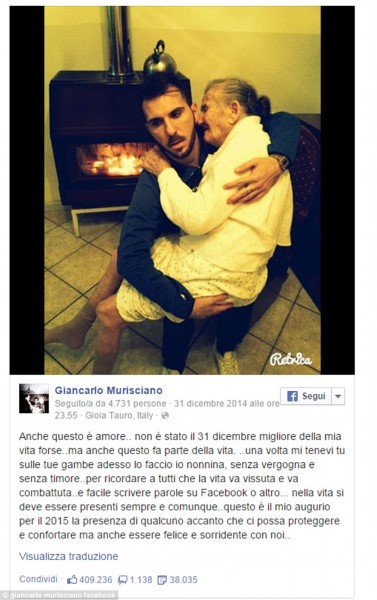 The young man says that while it was one of the saddest moments of his life, Gianuluca describes it as, ‘also one of the best’. He says he’s glad of the picture’s popularity and hope that it reminds people that they should show their love and behave without shame or fear. ‘Life should be lived’, he says.