Four year-old Kaitlyn Maher started singing – rather incredibly – when she was just one years old. And just three short years later, she decided to hone her talent and prove herself on the biggest stage… She auditioned in front of tens of millions of people on America’s Got Talent. And totally nailed it!

She didn’t drop a beat and remembered every word perfectly. 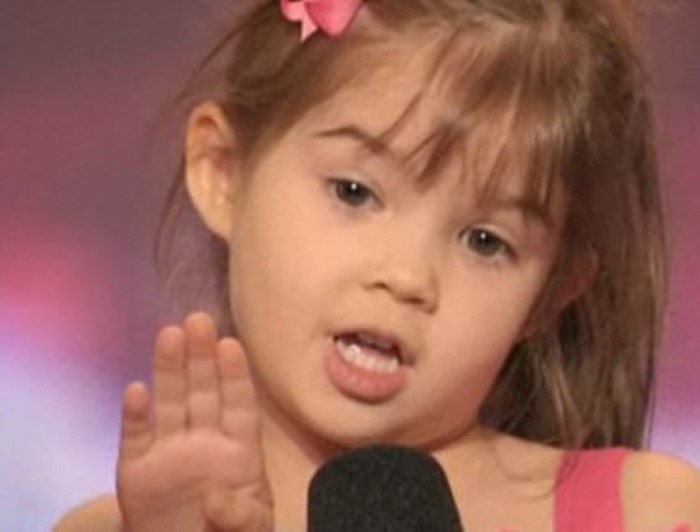 You might recognise the song… It’s ‘Somewhere Out There’ by the composer James Horner. Originally sung by Linda Ronstadt and James Ingram, the song featured in the 1986 animated movie, An American Tail.

How cute was that, eh? Totally adorable.