To get an understanding of human anatomy and biology nowadays, doctors will employ a wide variety of technological methods. MRI scans, photography, X-Rays… But before all of that was invented, we had to rely on drawings to follow what was where in the human body. These anatomical drawings were often extremely detailed and decorative.

There’s still a call for that kind of work now and that’s how ‘Anatomical Artist’ Danny Quirk earns his living. But he does it a little differently to his peers. He paints them directly onto model’s bodies.

And the results are quite spectacular… 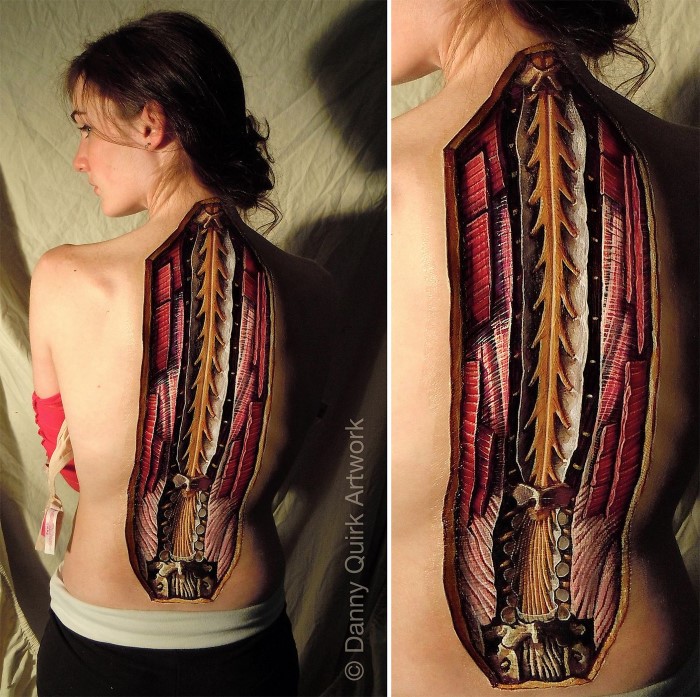 This heart piece shows the more artistic side of Danny’s work, balancing the traditional ‘heart shape’ with the anatomical reality. 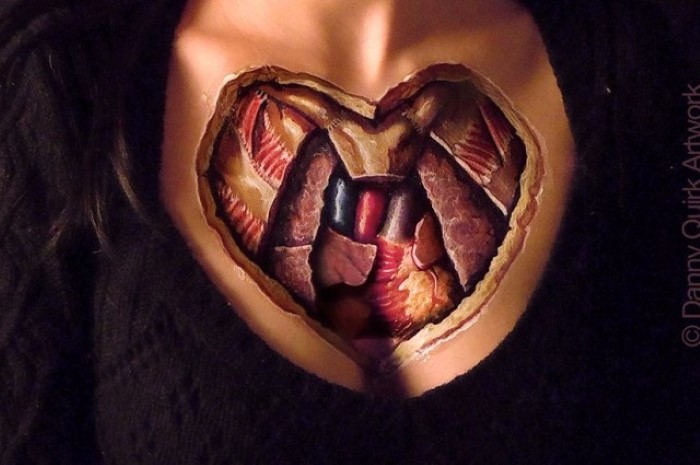 This piece, ‘Facial Dissection’ was created for Ripley’s Believe It Or Not’. 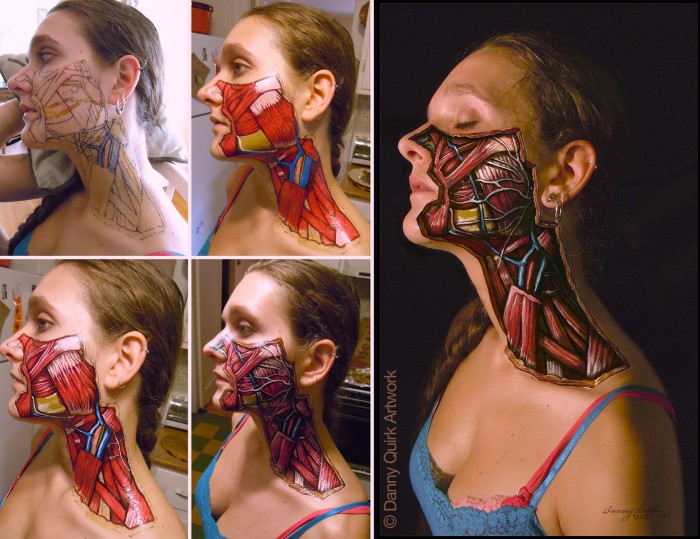 This stunning back art took Danny more than 12 hours to paint onto his girlfriend! 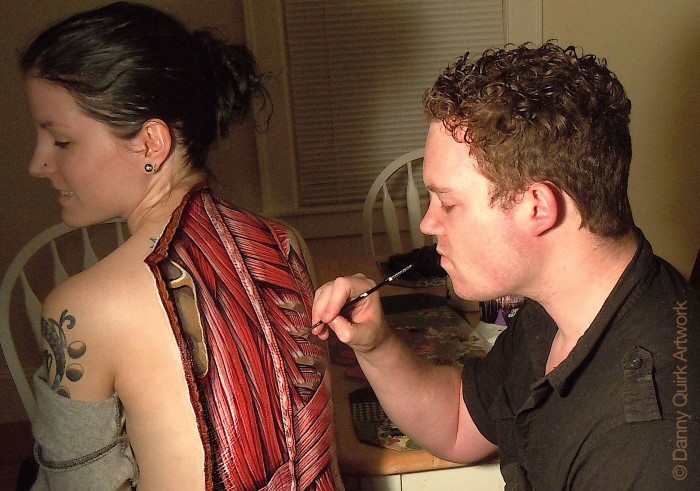 This piece, called ‘Holy War’ caused quite a stir when Danny released the image on Facebook. His art was flagged by people complaining and removed by the site. He even received hate mail from people who objected to his message that everyone’s the same deep down, regardless of religion. 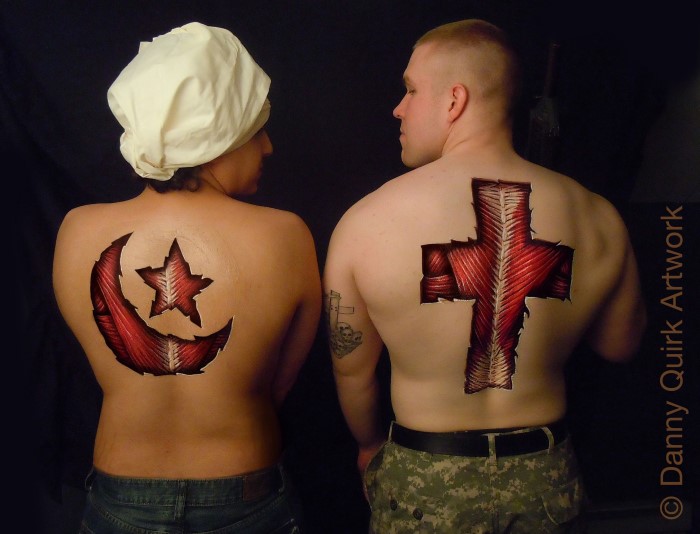 His work has become pretty popular of late, with not just art fans and people into the weird and slightly odd. His nod to anatomy and biology has attracted a fanbase of medical professionals and students. And you can see why, can’t you? 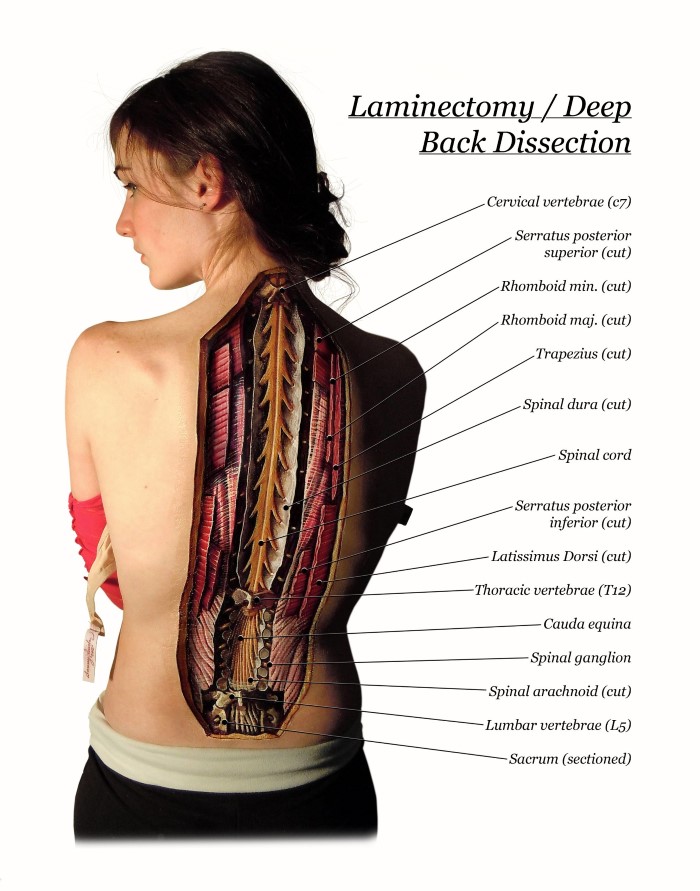 Cool, aren’t they? Though his art is probably best left to the confines of the internet. We’d be worried if we saw Danny at a fair preparing to paint the little kiddies’ faces!

Why not share Danny’s work with your pals today?