The following set of photographs come from an anonymous man who bought a new house and discovered the most amazing stash hidden away in the deepest bowels of it. The place was in some disrepair when he first moved in and it needed a lot of clearing. Not mention cleaning, love and attention.

One day, he had some time to attack the basement and noticed a plank of wood lent up against a wall. He’d not spotted it before so went to investigate. As he did, he realized that there was something behind it… 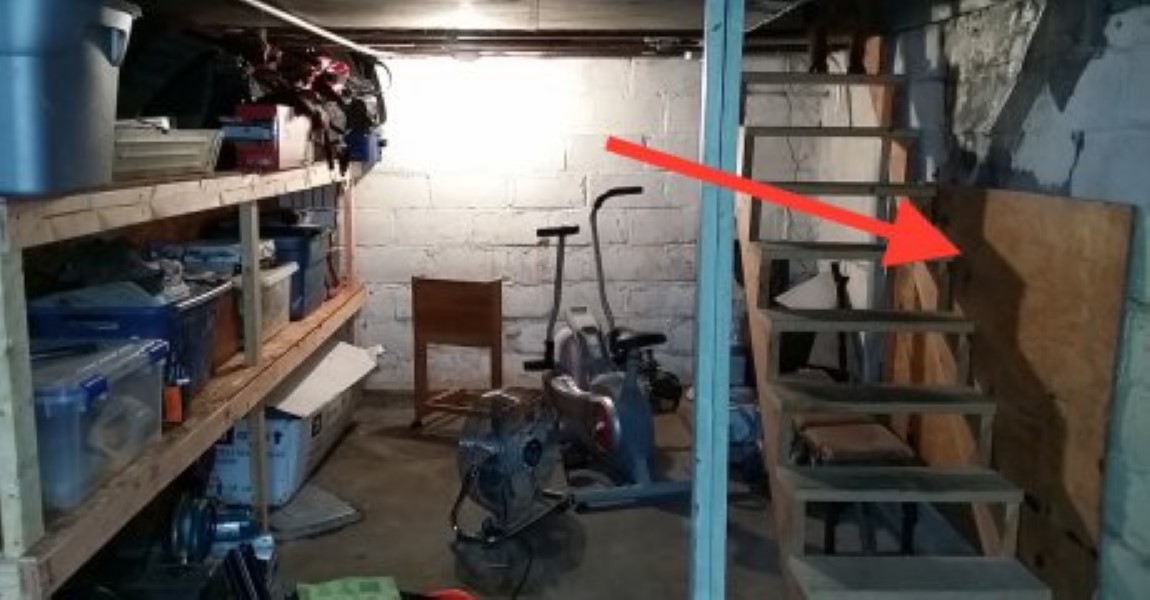 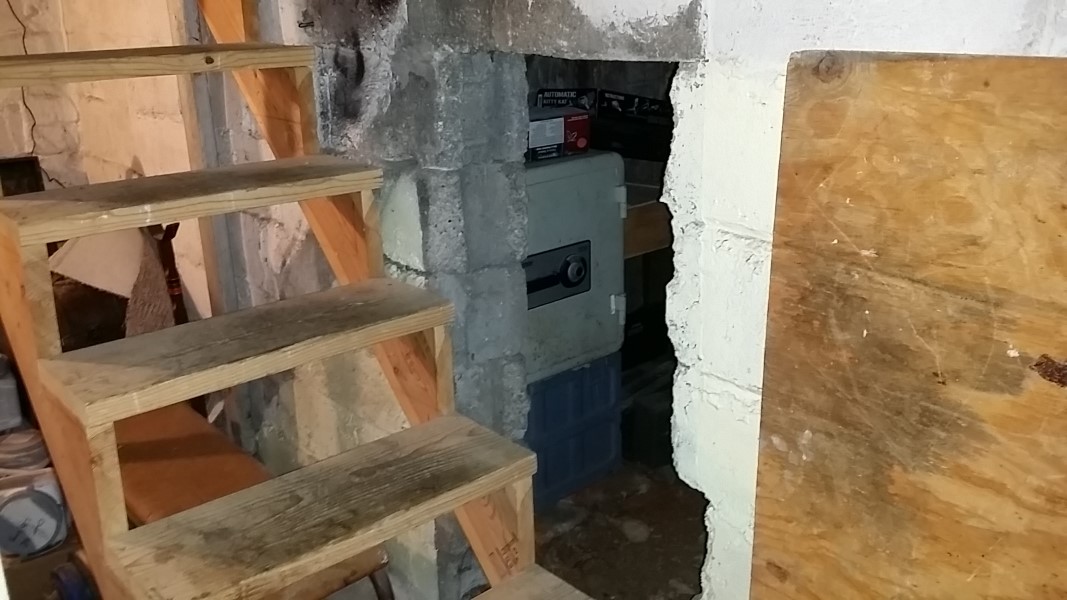 But what was inside? Well… 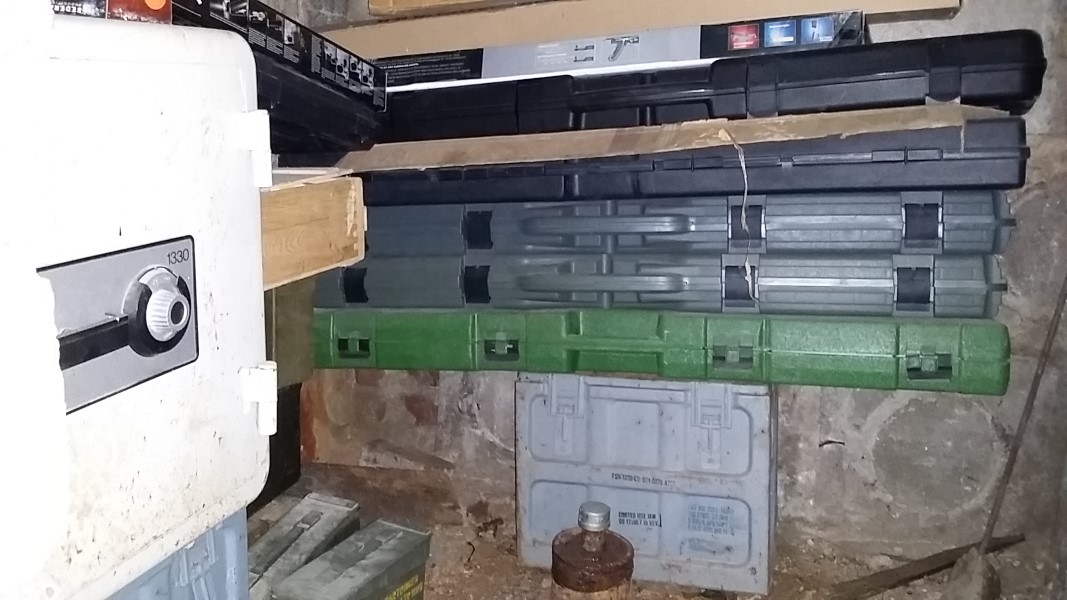 Guns. Lots and lots of guns. 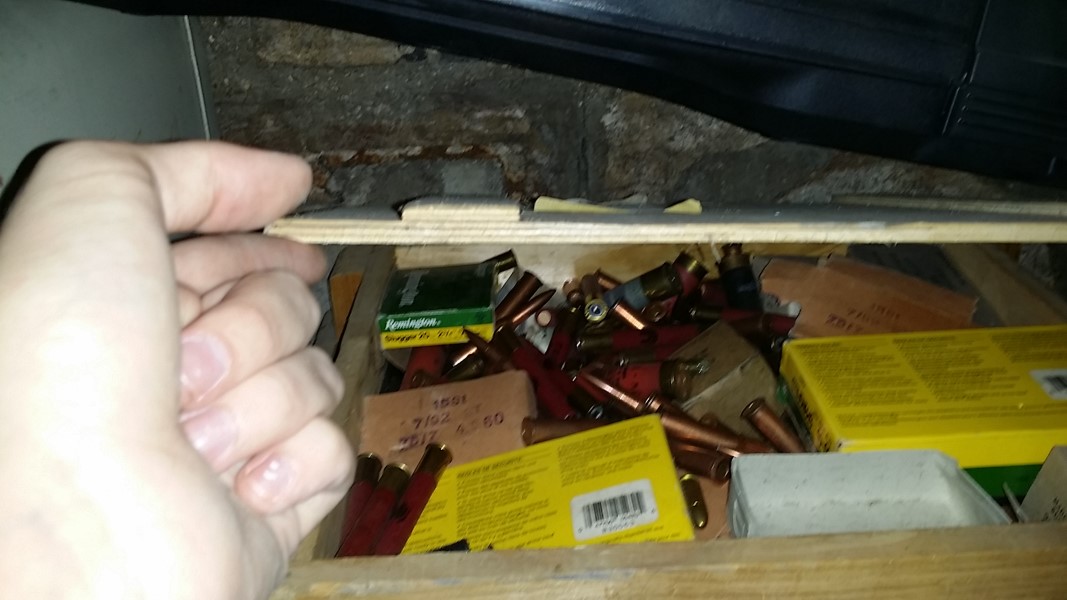 And ammo. Lots and lots of guns and even more ammo. 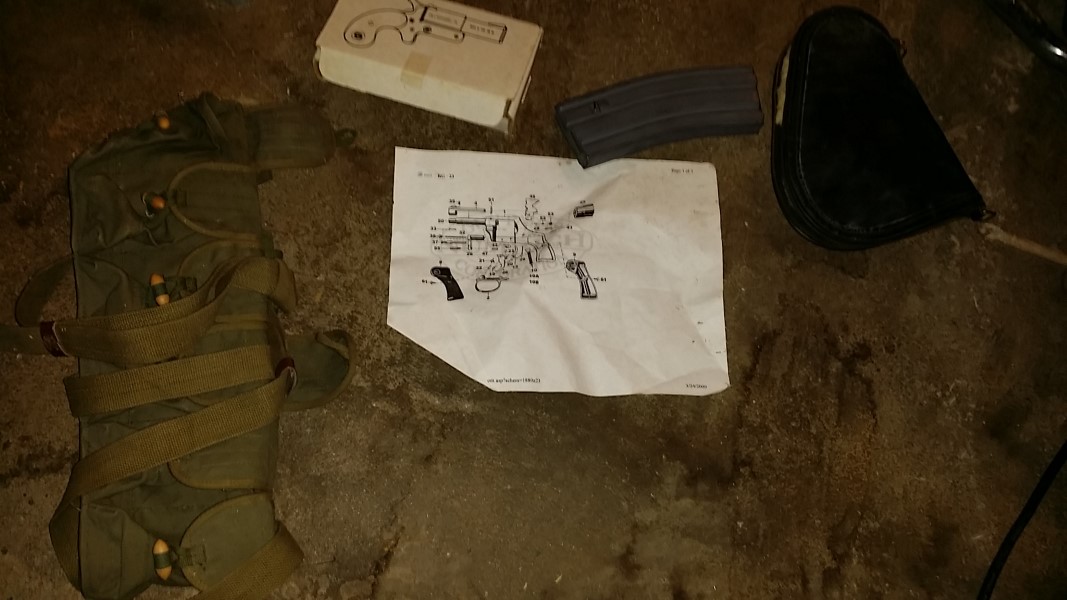 The entire room was stacked head to foot with gun paraphernalia. 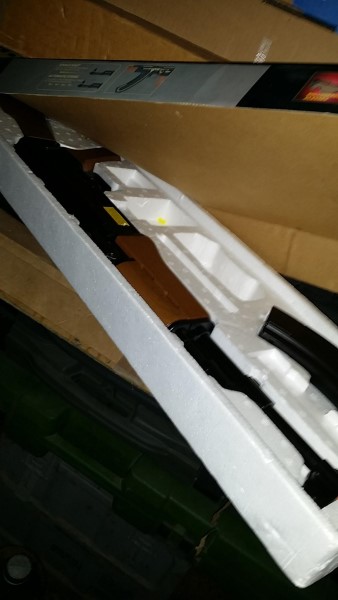 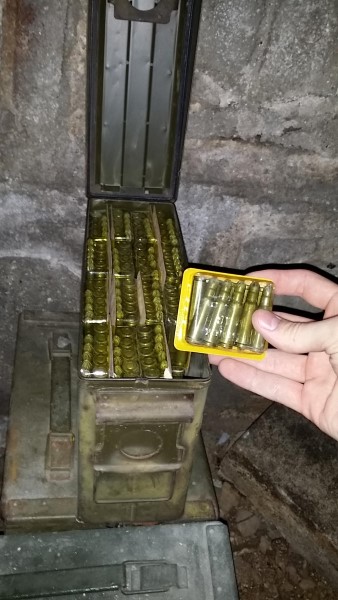 Or the home of a paranoid New World Order-obsessed conspiracy theorist. 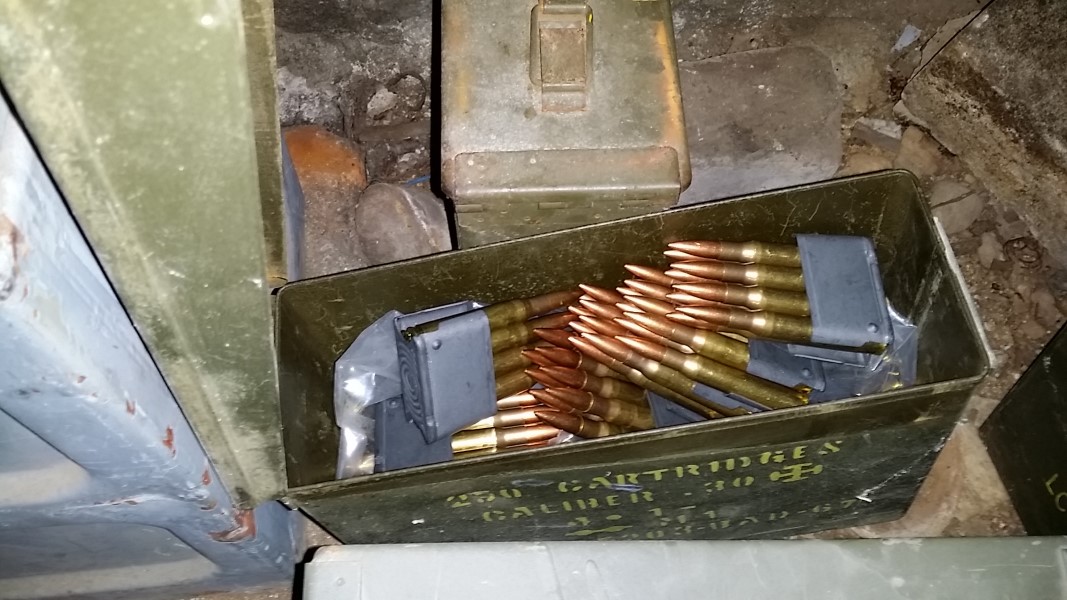 There were even grenades ferchrissakes! Lucky they’re dummy ones… 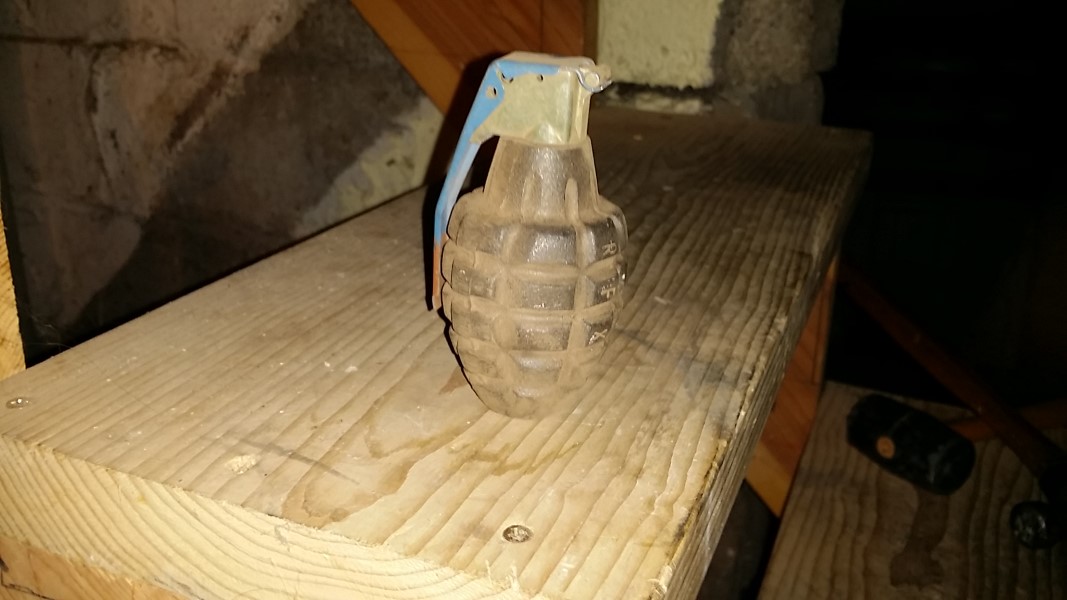 What an odd find, huh?