It’s a fight to the death… Well, it’s a race to the death. Okay, actually it’s just a race to see who’s fastest. But it’s hugely exciting nevertheless.

In the blue corner – The $1m motoring behemoth that is the Bugatti Veyron. The Veyron is an awesome piece of kit designed and built by Volkswagon. It’s got an eight litre engine. That’s right, an EIGHT litre engine. Want more credentials? Okay, it’s the fastest street legal car on the planet! How’s that for credentials?! 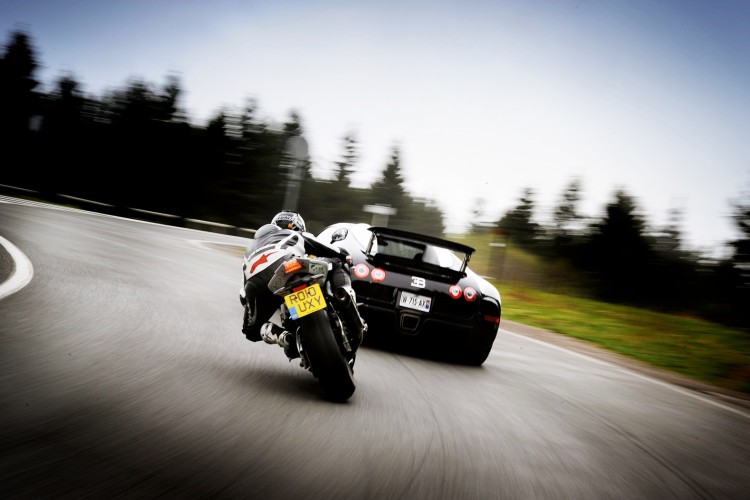 And in the red corner… The BMW S1000RR, a staggeringly fast superbike that was designed for the 2009 Superbike Championship. And it didn’t do badly either – it bagged BMW a ‘one-two’ finish at the end of the season. Quite simply, it’s one of the best bikes ever built. 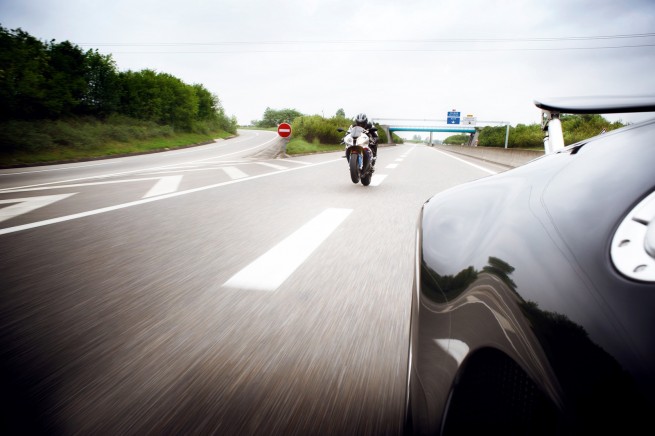 So who’s fastest? There’s only one way to find out. Watch the race!

Did you see that coming? The motorbike came out on top. And by quite some distance too. And just think – for the price that the Bugatti Veyron sets you back, you could pick up 77 BMW S1000RRs!

Do you know any petrolheads that’ll never guess the winner? Why not forward them this post and shock them?