When an abandoned kitten that was starving somehow managed to sneak into St. Petersburg Zoo, no one could imagine what would happen to her next. Looking for food and shelter, she found herself bedding down in the European Lynx enclosure. Lynx are big cats, so it makes sense. When zookeepers realized what had happened, they took ‘Darling’ (as they’d now named her) out and adopted her in-house. But Darling and a Lynx, Linda, had struck up a friendship. There was no splitting the pair up. So they stayed best pals! 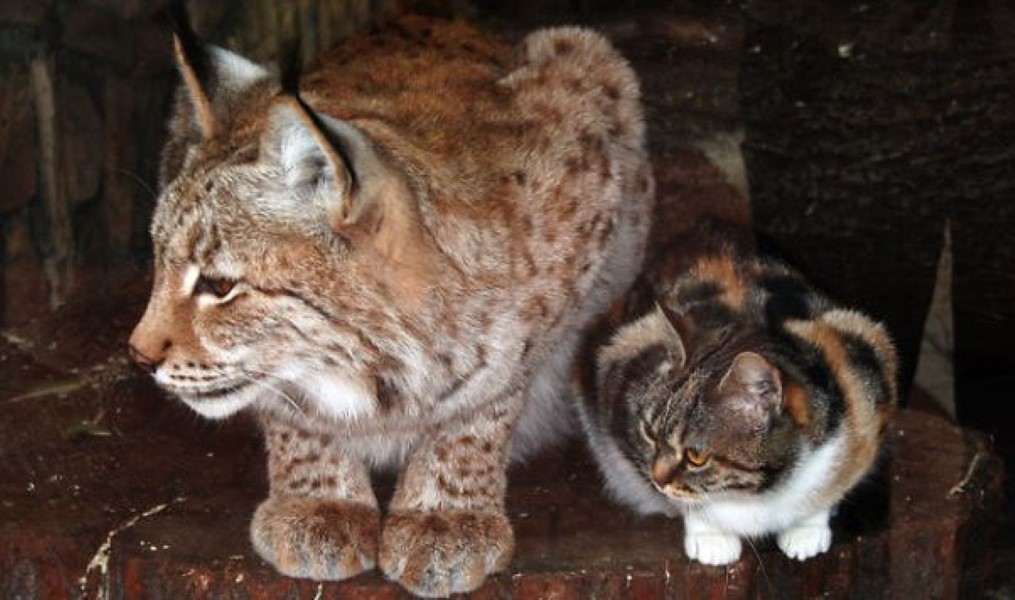 Darling might be used to cans of cat food, but Lynx have a varied diet in the wild that includes birds, mice, hare and squirrels. 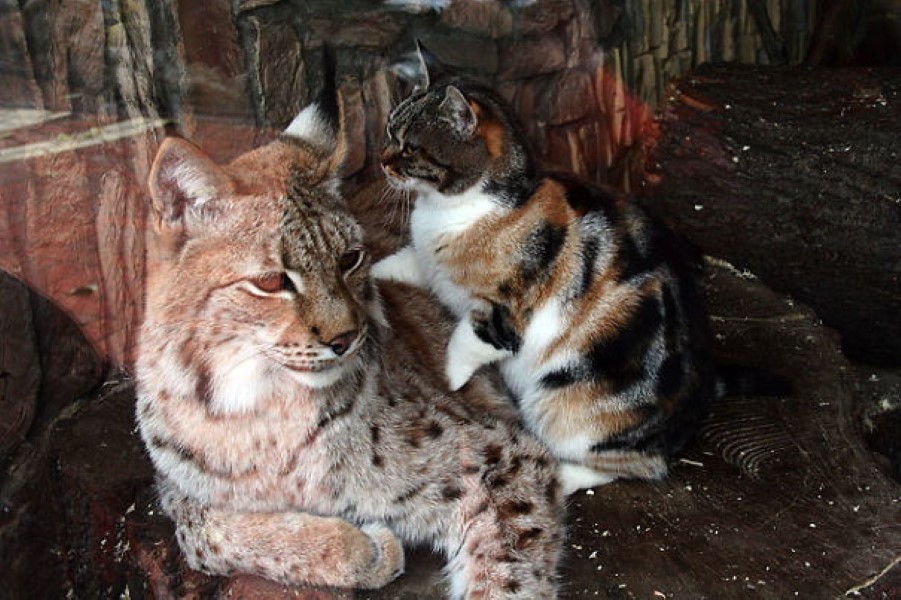 Linda should have no trouble hearing Kitty; those tufts of hair in her ears are an aid to hearing. 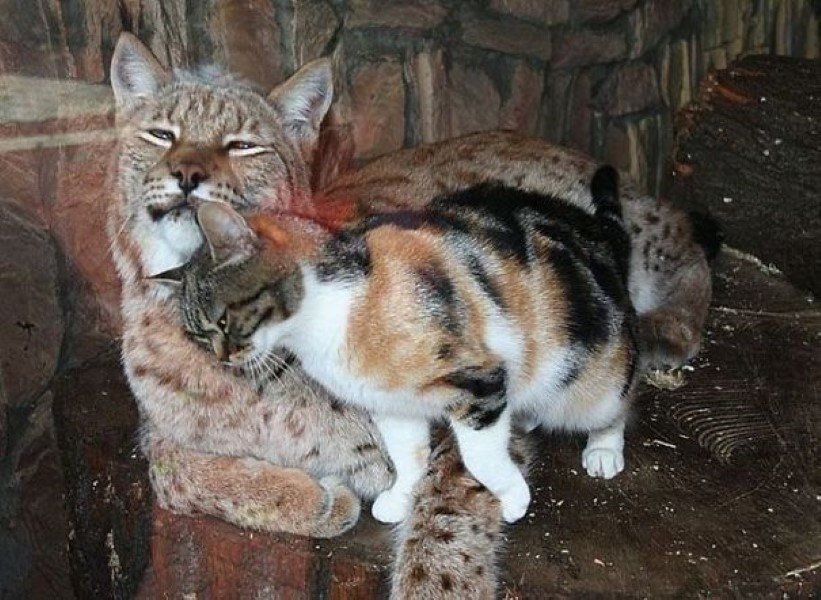 Lynx cats are usually solitary creatures, so that makes Linda’s affection even stranger… 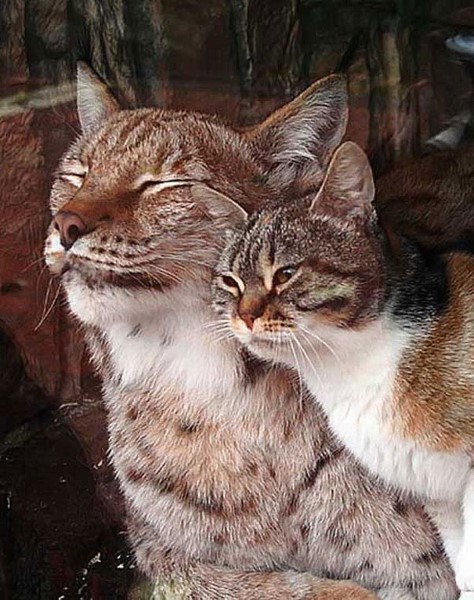 Watch the two in action here:

Here’s to a beautiful friendship!