In the deserts of northern New Mexico lives the artist, Ra Paulette. Ra has spent the last 25 years working underground, with only his pet dog for company. This work has taken the form of an array of mesmerizing structures carved into the sandstone. Working in isolation, Ra has transformed the stone into an series of underground palaces.

Ra seems pretty happy with his solitary life. When asked if he was obsessed with his work, Ra responded with “Is a child obsessed with play?” Paulette doesn’t see what he does as work. He enjoys his art. He thrives on it as a child thrives on play.

Back in 2013, Ra was the subject of a Jeffrey Karoff documentary called Cave Digger. The documentary, which gave a fascinating insight into Paulette’s mind and work, was nominated for an Academy Award.

Take a look at some of his amazing work below. 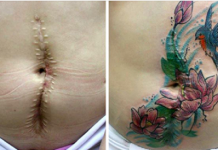 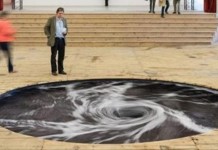 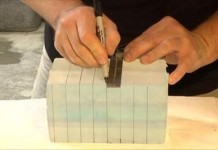 He’s Just Drawing Lines On A Block Of Glass… But When He’s Finished? WOW!