Ra Paulette is a very unusual man. Well, specifically his job is weird. After years spent in a boring job working for ‘The Man’, he decided to quit everything and follows his dream digging caves. ‘Cave Sculptor’ isn’t the most common of jobs, after all. But he’s following his dream and couldn’t be happier for it. Based out of New Mexico, Paulette digs inside hillsides, creating amazing and elaborate spaces.

Let’s have a look at one of his greatest projects:

Here’s what it looks like from the outside. Discreet. But just wait until you see inside…

The walls inside, all hand-chiselled and sculpted are truly a sight to behold. And the crazy thing? Ra Paulette isn’t taught in sculpture, he’s picked it all up for himself. Brilliant skill!

The caves he’s created have been hailed in the artistic community as works of art. 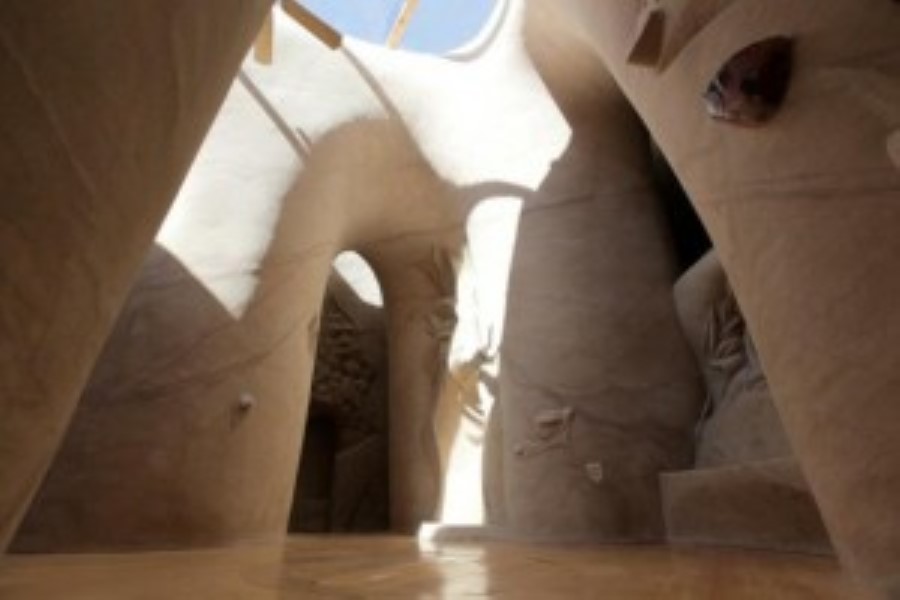 Ra says of his works: “It has a lot to do with the juxtaposition of opposites, the sense of being underground with the light streaming in and the intimacy of being in a cave. Yet the columns end up very large, sometimes thirty to forty feet high.” 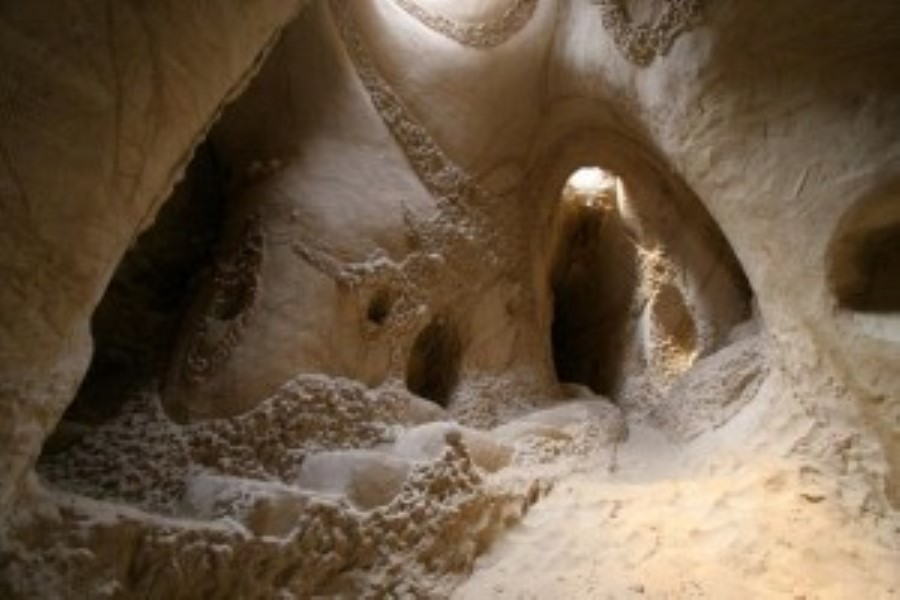 There’s even been a documentary film made about Paulette’s work made by Jeffrey Karoff – 2013’s Academy Award-nominated ‘Cavedigger’. 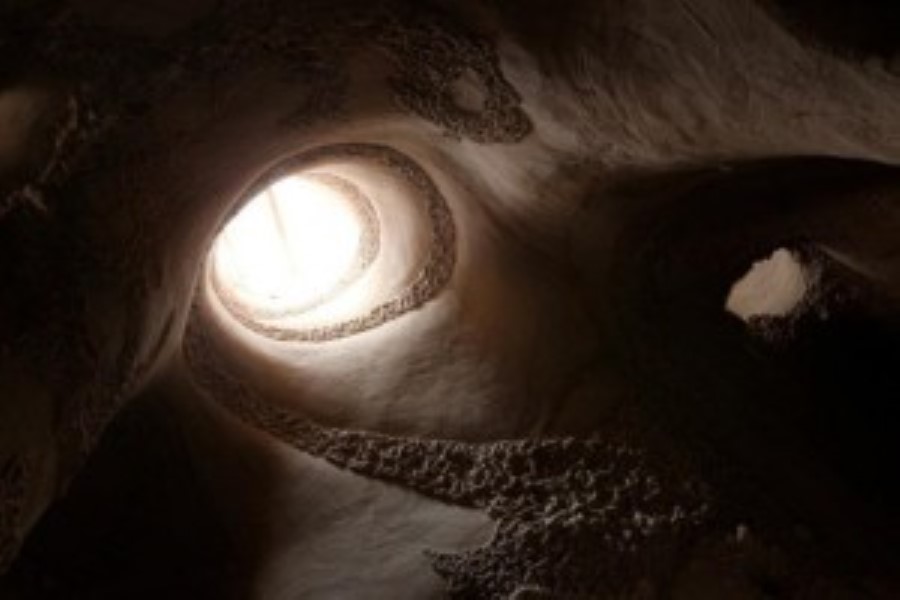 These sandstones caves are all worked on legally and officially, with patrons and owners commissioning him to work on them. 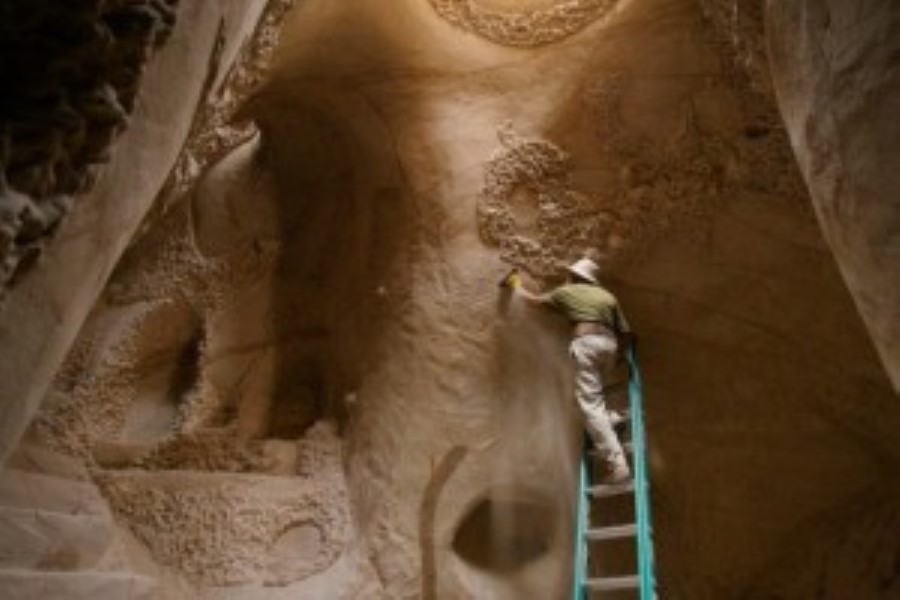 Part of his way of working is that he’ll only ever use hand tools, so projects can often take years to complete! 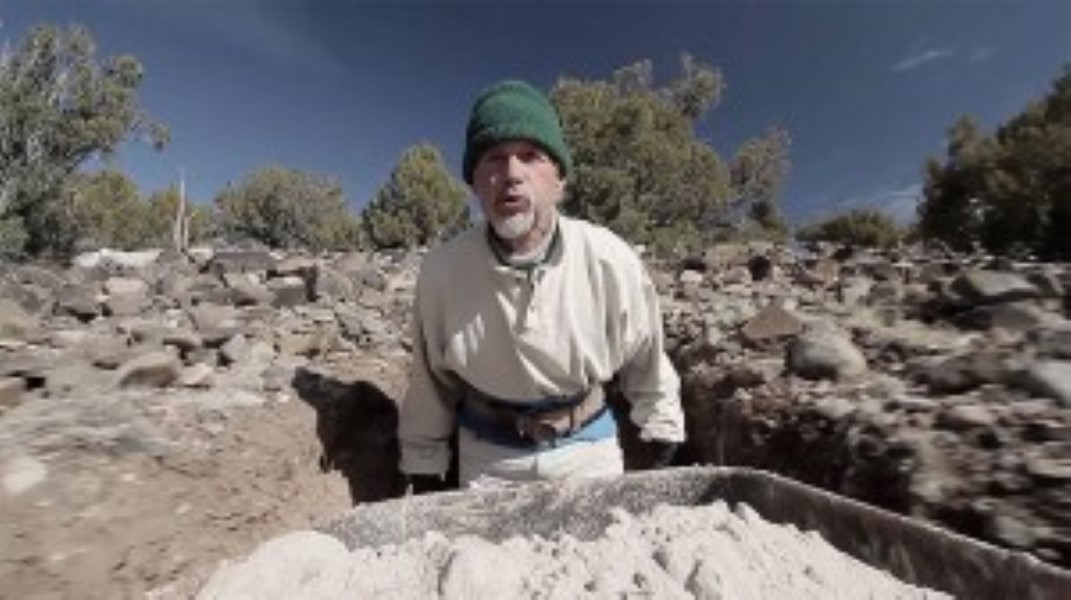 The patience he has to show when working is really quite breath taking. 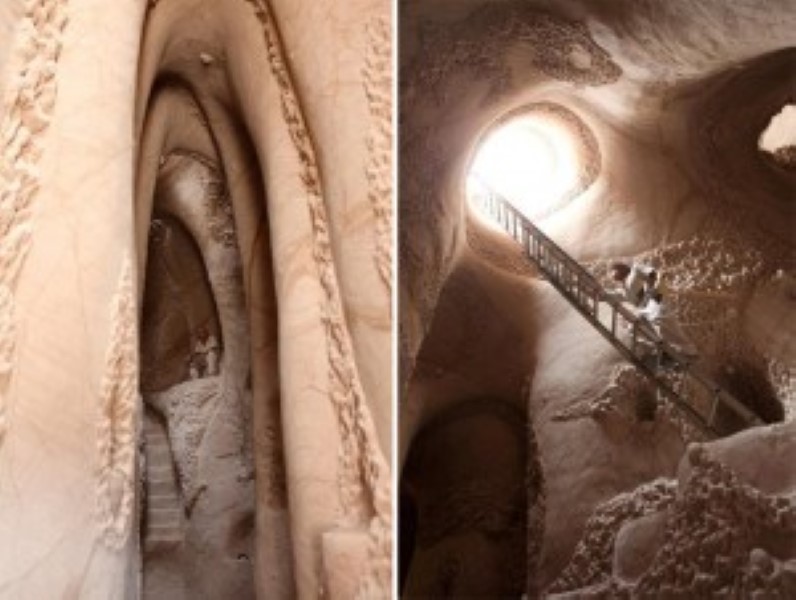 Check out this excellent before and after shot which really illustrates the man’s work: 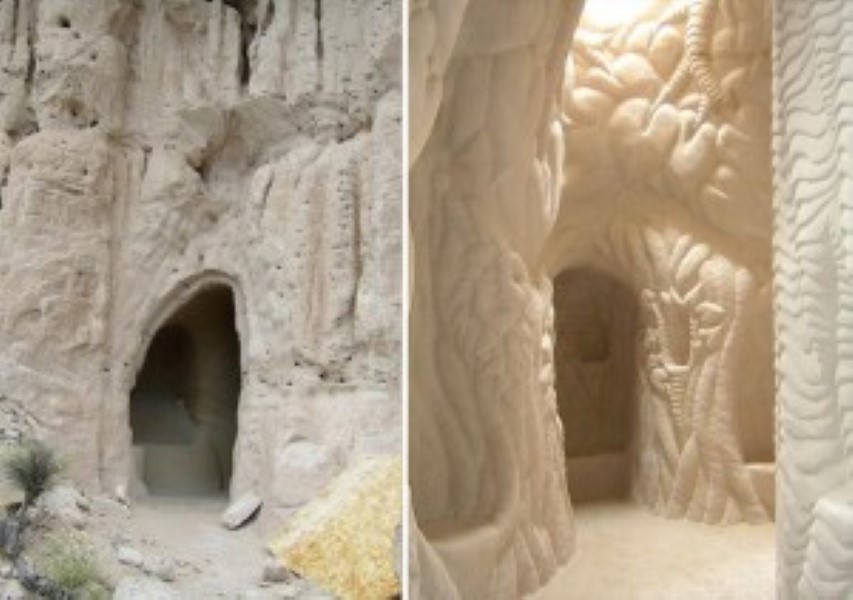 What a visionary he is, huh? 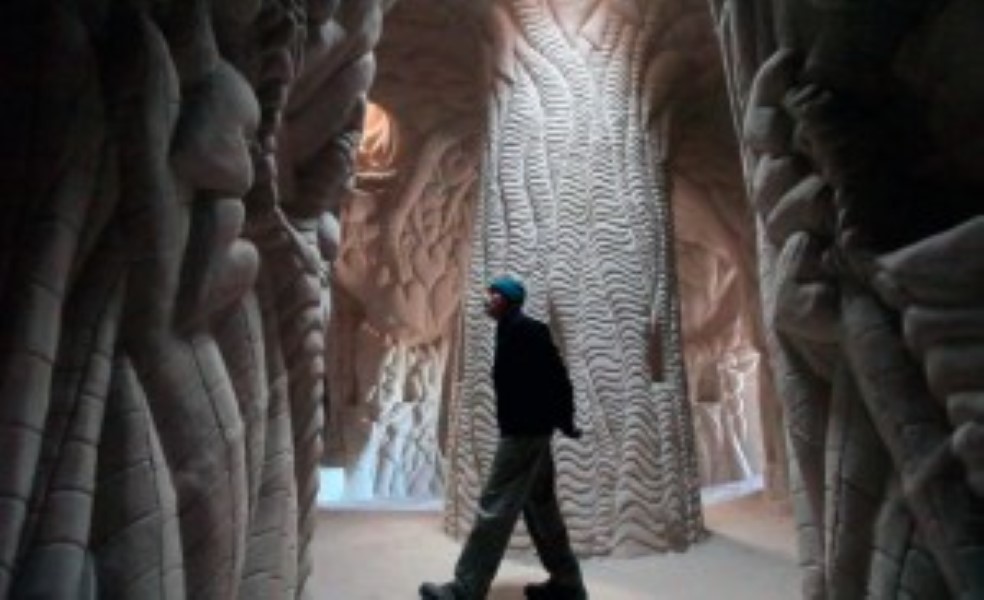