Jamal Rutledge, a teenager from Florida, was being booked in by Fort Lauderdale Officer Franklin Foulks for burglary, violating his probation and criminal mischief. So it’s fair to say that the pair weren’t friends. But when Foulks suddenly keels over and hits the deck, it’s quickly clear to the teen that he’s in trouble, He’s having a heart attack. Though handcuffed, Rutledge instantly makes pains to alert other officers in the station as to the problem, so that the officer can get medical attention. What a dude.

Thankfully, due to the kid’s quick thinking, the cop survived. Here they all are after the incident: 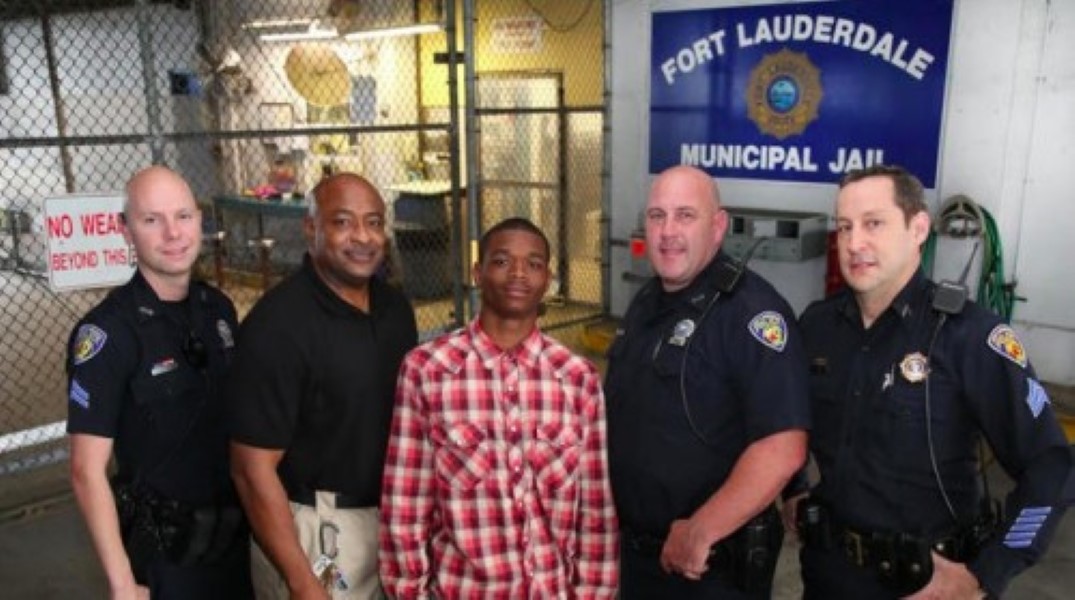