Here’s some truly incredible footage you’ll scarcely believe… Meet Wiley. He’s a lovable wolf dog who isn’t afraid to show his emotions. So much so that he even cries. Yep – really! This amazing video shows Wiley at his owner’s late grandmother’s grave, along with the rest of his family, and he’s clearly weeping.

A lot of people may scoff and say that Wiley is either imitating the noise or sneezing or something. But the strange thing is that he is a therapy dog who is used to help veterans returning from war with Post Traumatic Stress Disorder (PTSD). He provides therapy and care through Lockwood Animal Rescue Center and a program called Warriors and Wolves. They have many other wolves/wolf dogs that they’ve rescued and they provide a truly unique and valuable service. So he has an especially finely-tuned sense of human emotions. 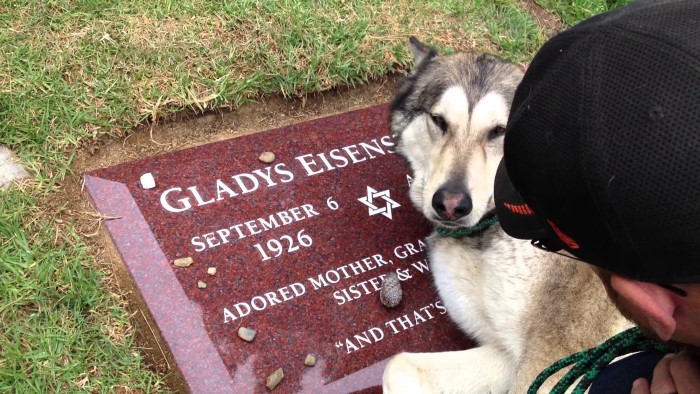 Weepy Wiley… What a wonderful wolf! 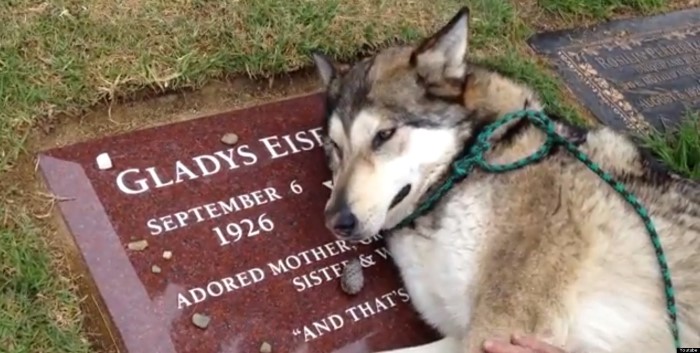 Sweet, isn’t it? If you’d like to find out more about the great work that Wiley and his friends do, then have a look at the Lockwood website.