It’s almost impossible to imagine the sight of 9000 bodies, but that’s exactly how many soldiers died on Normandy beaches on 6 Jun 1944, otherwise known as D-Day. The World War II operation was the start of an attempt by Allied Forces to liberate France from its Nazi invaders. They succeeded, but at a huge cost.  Artists Jamie and Andy from the UK felt that not enough was being done to show the sheer scale of the loss of life, so to mark International Peace Day they decided to do something about it. 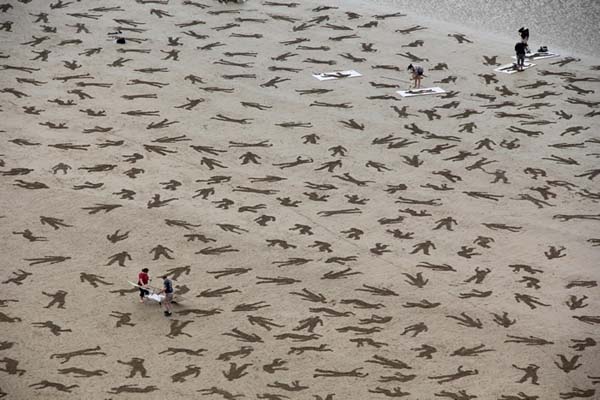 They recruited 50 volunteers and headed to Normandy, armed with scores of paper stencils designed to look like a soldier’s body. When the tide went out, they worked tirelessly to stencil the outlines of 9000 fallen soldiers into the sand. 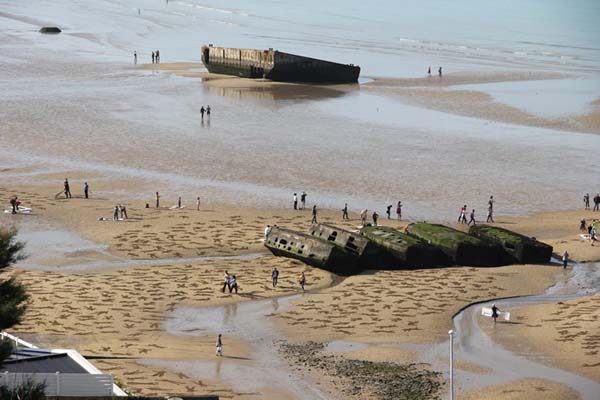 As word spread about what the artists were trying to do, over 500 local volunteers joined them, laying out the stencils and then raking the sand inside to create a silhouette. With their help, they were able to cover the whole beach with 9000 incredibly poignant images that show the true scale of the loss of life that day. 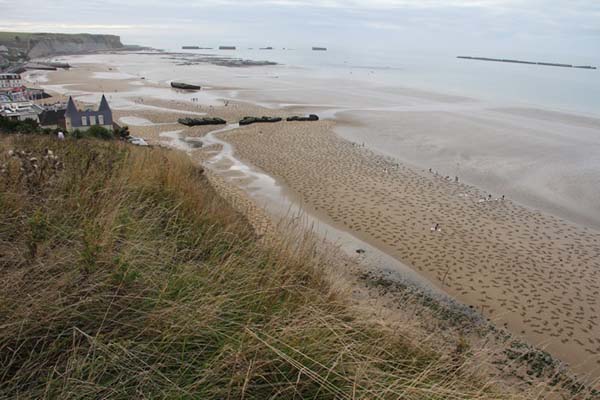 As they landed, the Allied forces were met with a barrage of artillery fire, torpedoes and aerial bombardments that made it very hard to move forward. The beach was also heavily mined at the time, making the attack even more lethal. 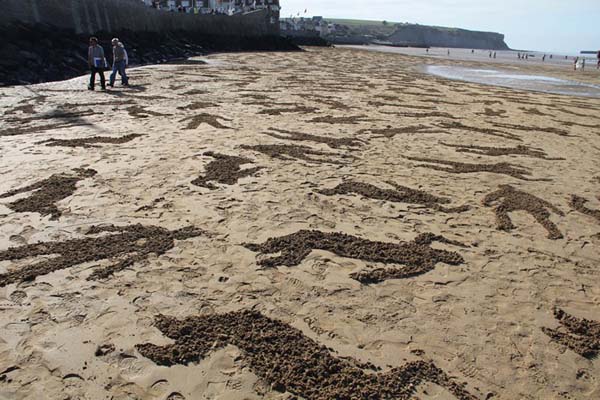 Andy and Jamie are members of Peace One Day, an organisation that promotes International Peace Day and encourages people to visualise an end to war and conflict, as well as campaigning to help people who are currently being affected by conflict or war. 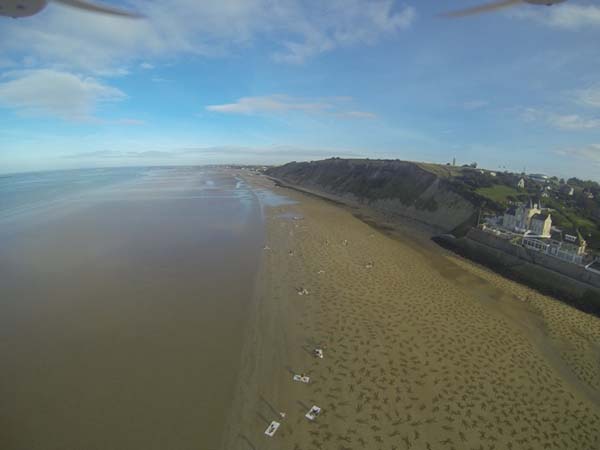 Jamie explained: “The idea is to create a visual representation of what is otherwise  unimaginable, the thousands of human lives lost during the hours of the tide during the Second World War Normandy landings.” 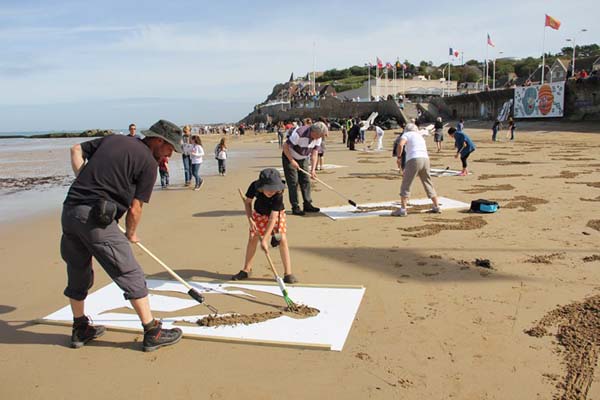 “There were others who happened to be walking by and wanted to get involved. It showed that people from all over totally understood the message behind it. Some people told us that they had lost family in the Second World War and others said they had lost loved ones in Afghanistan and wanted to pay a tribute to them.” 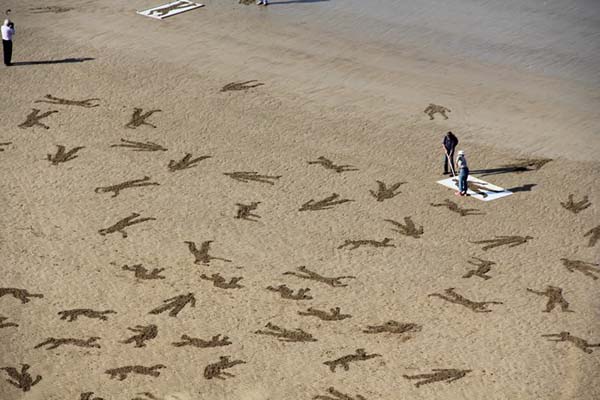 Once the stencils were finished, artists, volunteers and locals all stood silently as they watched the figures get washed away by the incoming tide. It symbolised the lives lost in all wars, not just the D-Day landings. 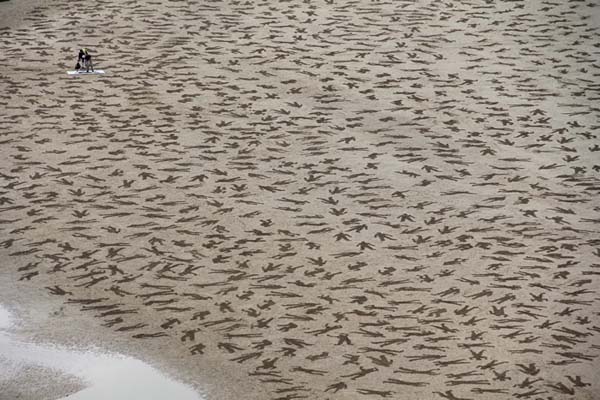 It’s almost impossible to imagine what it was like on that fateful day. Now, at least we have a photographic record of the sheer number of soldiers who lost their lives attempting to fight the Nazis. 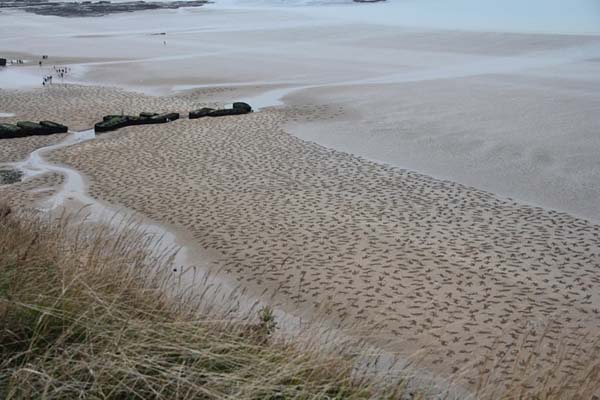 Andy and Jamie- not to mention scores of volunteers- have created something incredibly moving and special. The silhouettes may have been washed away, but the memory of all those outlines raked into the sand can never be forgotten. It’s the ultimate act of remembrance. If you have been moved by these images, why not share them with your family and loved ones?