We reported yesterday on the story of Playboy Playmate Dani Mathers body shaming another woman on Snapchat, and the wave of criticism that followed. Well, things have gone from bad to worse for Mathers, as she has been banned from the gym where she took the photo, suspended from her job, and even reported to the police.

This was the original offending Snapchat, taken at a LA Fitness gym in California. It shows Mathers laughing at a naked woman, along with the caption “If I can’t unsee this then you can’t either.” 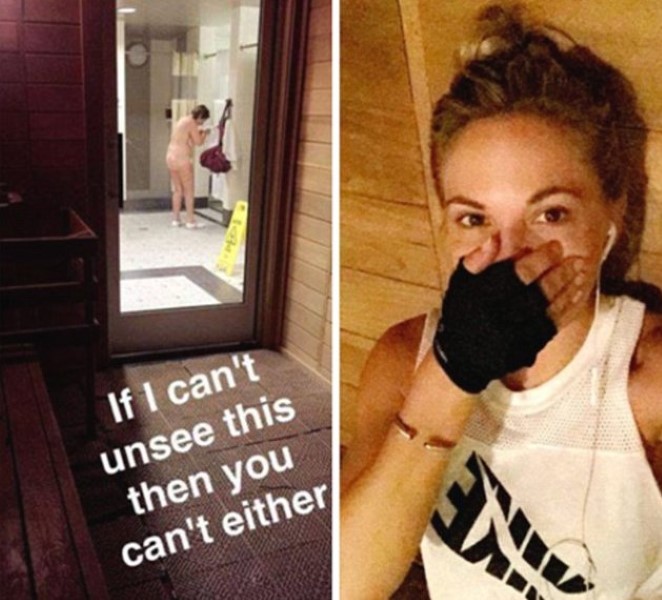 Pretty disgusting, right? Well, social media seemed to think so, and she was immediately met with a barrage of criticism. Mathers swiftly took to Twitter to put out a groveling apology, over 20 tweets, but it seems that the damage had already been done. 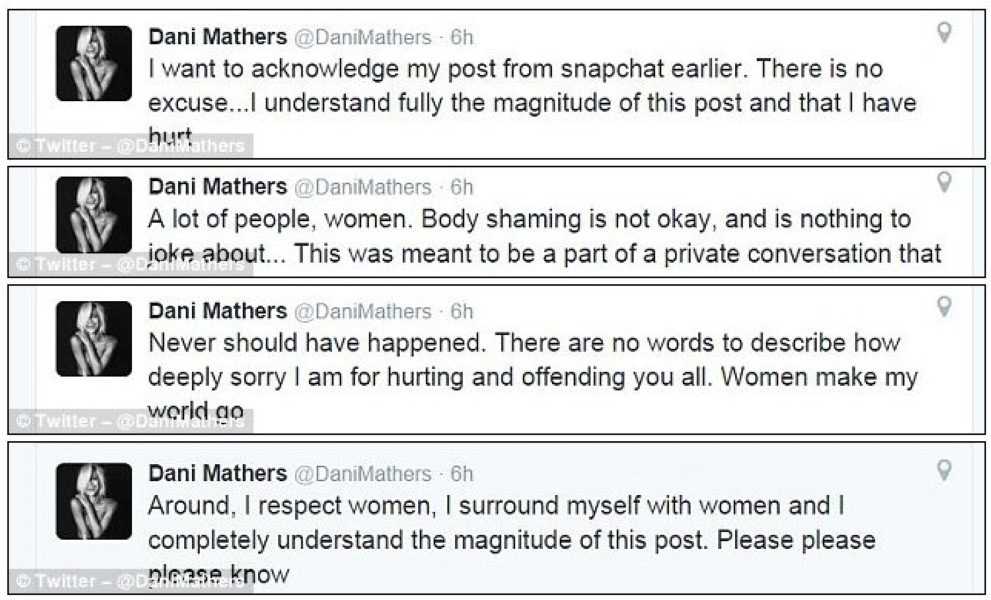 Despite Mathers’ apology, the fallout from the incident has been huge. First off, LA Fitness has said that she is “not permitted back at any club, ever.” They also notified the LAPD, telling the press that cell phone and camera usage were strictly prohibited in changing rooms. Their statement read:

“Her behavior is appalling and puts every member’s privacy at risk. We have handled this internally and also notified the police. This is not only our rule it is just common decency.”

As if worldwide humiliation, a potential criminal record and a banning order weren’t enough, Mathers has been suspended indefinitely from her ‘Heidi and Frank’ radio show on L.A.’s KLOS. So, it’s fair to say that she has probably come to regret her remarks.

Do you think this is OTT? Or do you think Mathers deserved the consequences of her actions? Let us know