Meet Rowdy. Rowdy is a chocolate labrador with a rare skin condition called vitiligo, a disorder that causes a loss of skin pigmentation. As a result of this, Rowdy has bright white markings around his eyes, which really marks him out from the crowd. And now a charity that campaigns for awareness of the condition in humans, the American Vitiligo Research Foundation (AVRF), have adopted Rowdy to front a campaign designed to teach children that it’s okay to be different. 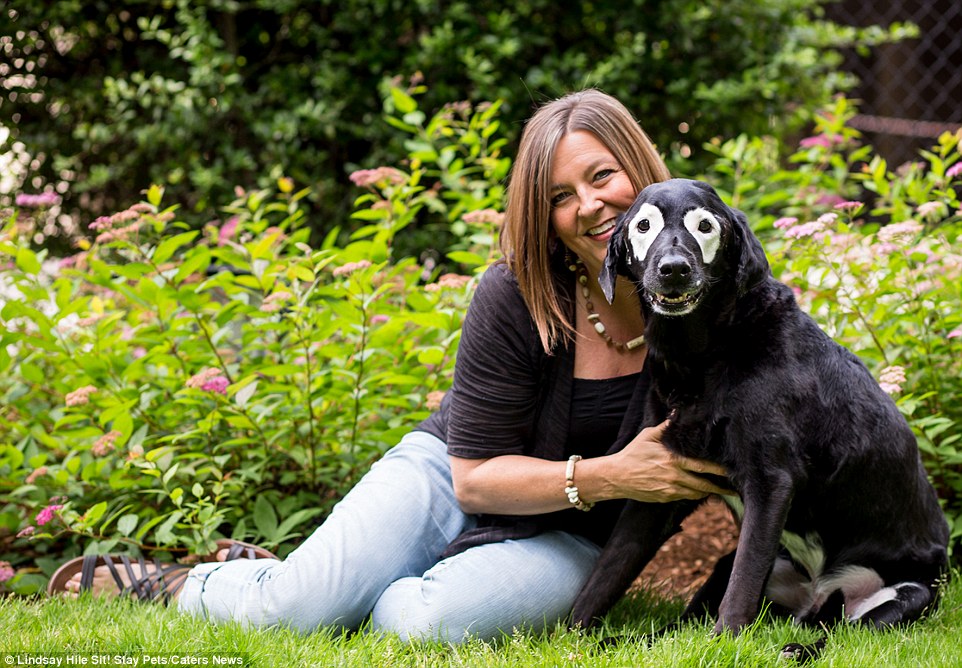 Rowdy will star in adverts campaigning against the bullying of children with vitiligo, encouraging them to be comfortable in their own skin. Rowdy’s owner, Niki Umbenhower, from Canby, Oregon, said:

“Rowdy’s become a celebrity. It’s exhausting taking him anywhere because people always stop us and comment how he looks like an orca or a reverse panda. They ask me if I have painted his eyes. He’s always been special and a bit of a character, even when he was young. I think it’s great that he can help raise awareness and educate people about vitiligo.” 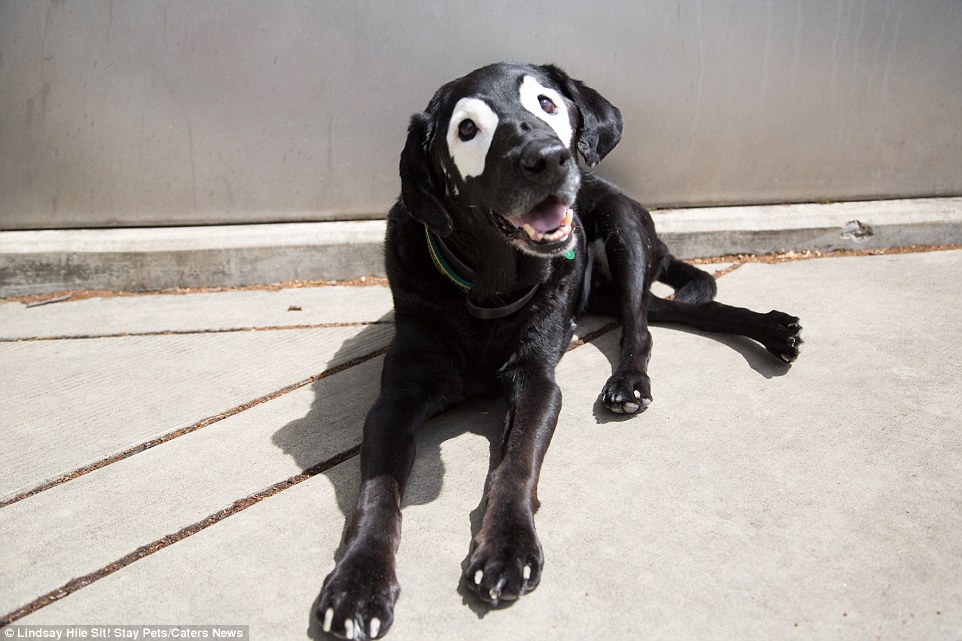 Rowdy has lived eventful life, which has included being shot by a police officer, and having his stomach pumped after drinking toxic water. Niki continued:

“He’s 14 years old now and has been through a lot. We say he has nine lives because of everything that has happened to him. He’s always getting himself injured or into pickles. One day we will make a movie of his life – I can see him in Hollywood.” 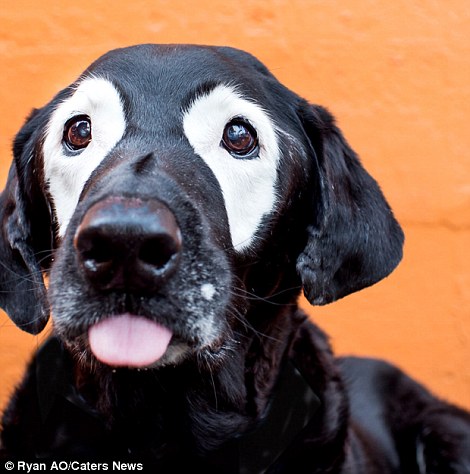 “Stella Pavlides, founder of ARVF, said, “The kids will love Rowdy – he’ll help them to feel good about the condition. The foundation supports finding a cure through an alternative to animal testing, so it’s great to have Rowdy on board.”

Watch a video about Rowdy’s story below: