Dogs. They’re great, aren’t they? Everyone loves dogs. Well, actually – not everyone. The douchebag here doesn’t. So much so that when he saw a dog sat asleep, minding its own business, in his parking spot, he kicked it awake and kept booting it until it left. The scumbag.

But don’t worry – karma was almost instant. The guy parked up and left. And so did the dog. But only to get his doggy pals. So they could exact their revenge… 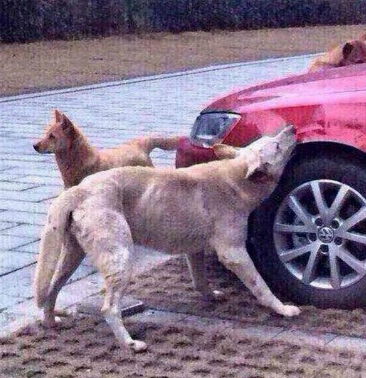 Pretty soon, they got to work! Gnawing on the car and bending the bodywork out of shape. The incident occurred in Chongqing in China and was photographed by a neighbor. 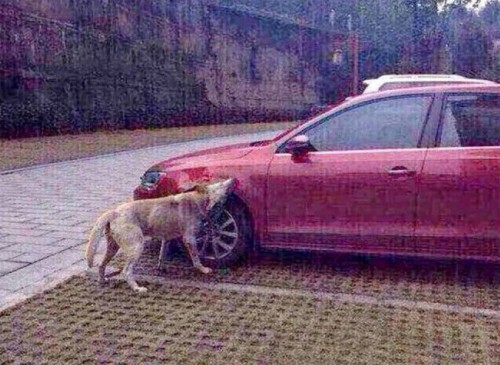 They scratched paint, bent the chassis, tore off windscreen wipers, bit at tires, everything! 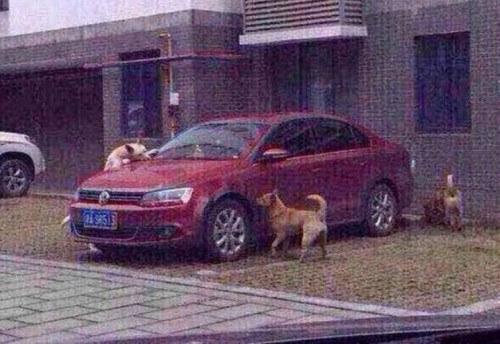 It just goes to prove that the old saying is right – you should let sleeping dogs lie! 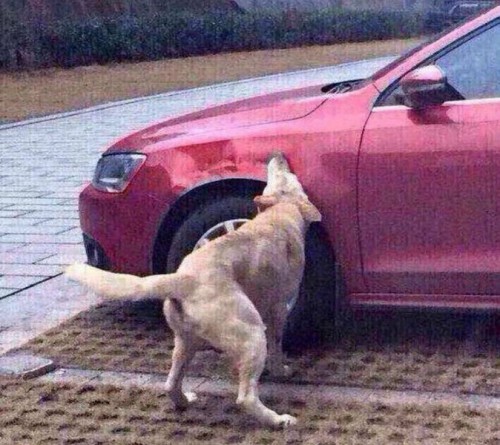 The driver eventually found out when the neighbor who’d seen what had happened finally told the man about the car. What goes around, comes around, huh…? 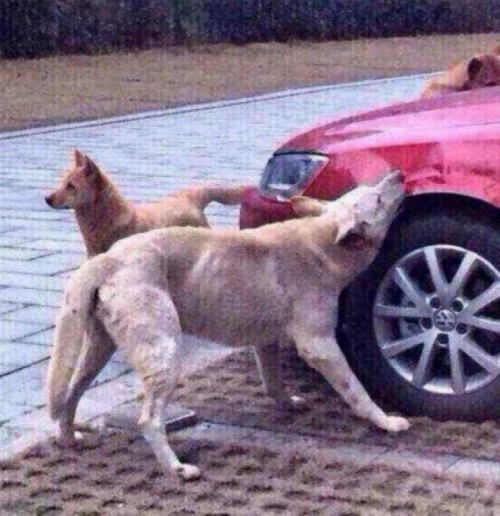 Chinese street dogs. Not to be messed with!