Ohio police decided to take unusual measures to teach a woman a lesson recently after spotting that she had left her dog for a long period of time locked inside a hot car. We’ve all heard the maxim, ‘dogs die in hot cars’, right? And we all know you should never leave a pet or baby inside a car unattended for any real length of time, especially if it’s a hot day. Dehydration can set it – a lot quicker than you’d think – and disaster can strike.

The cops on patrol were in no mood to let the woman get away with her behavior. Police actually have the authority to break a window in order to get to an animal trapped inside a car to help out. It wasn’t necessary this time as the owner of the Nissan Sentra returned while the cops were attending the scene in the parking lot of the Wal-Mart. One of the cops was so incensed by her irresponsible act that they actually made her sit inside the car with the windows up so she could see exactly what it was like for the helpless animal she’d carelessly shut in there. Suffice to say, it wasn’t overly comfortable! 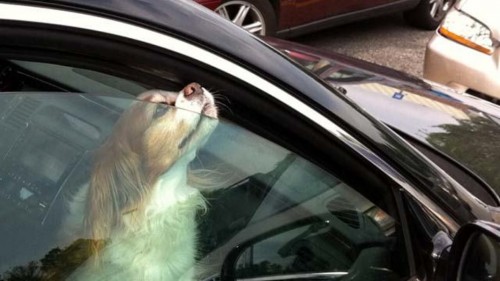 Embarrassed and ashamed, the woman accepted a caution and drove off with her head hung and hopefully – a new outlook of leaving dogs in hot cars! 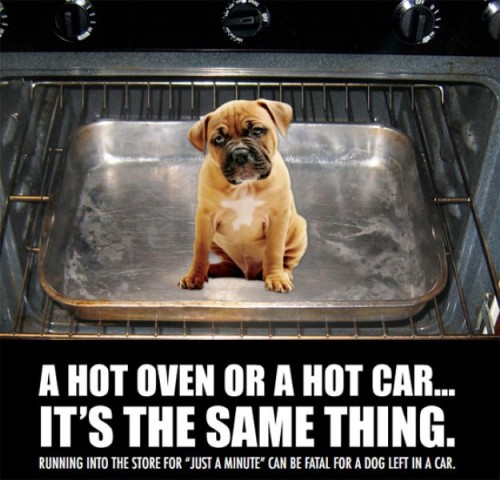 Justice? Or a little over the top? What do you think…?