A few years, ago a rural village in Eastern Europe witnessed a story straight from the movies! Back in 2007, villagers from Patok, Albania, had captured a wolf, and forced it to live in a small cage. The wolf obviously needed to eat, so they put a live old donkey in his cage. We’ve all seen Jurassic Park, so we know the drill: live donkey is put in the cage, wolf pursues his prey (as much as he can in that cage!), and the donkey is ripped to shreds.

Except that didn’t happen. 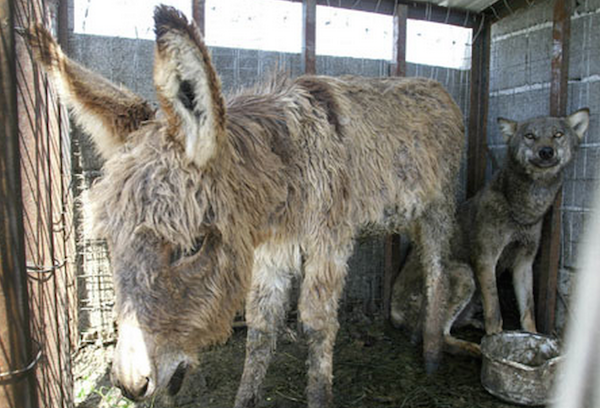 Instead, the two animals became close friends, living peacefully together in the tiny cage with the wolf refusing to harm the donkey. Pictures even show the pair huddled together in an embrace. The story quickly spread throughout the world, attracting massive media interest. 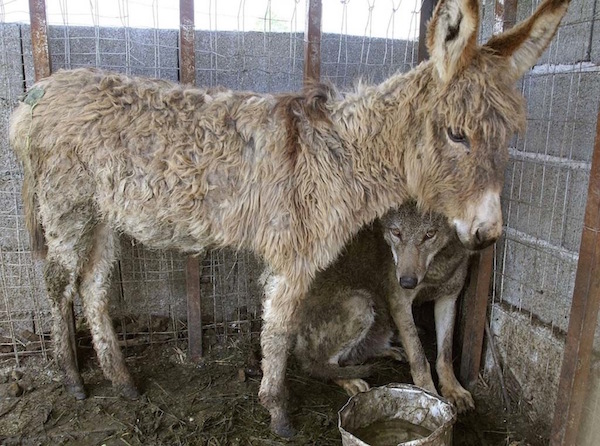 Following the media attention, and a number of internet petitions, the Albanian government intervened, and released the wolf back into the wild. The donkey was given a luscious green pasture to live out the rest of his days. The story doesn’t end there, though. Even though he is back in the wild, the wolf frequently visits the pasture to spend time with his old buddy! 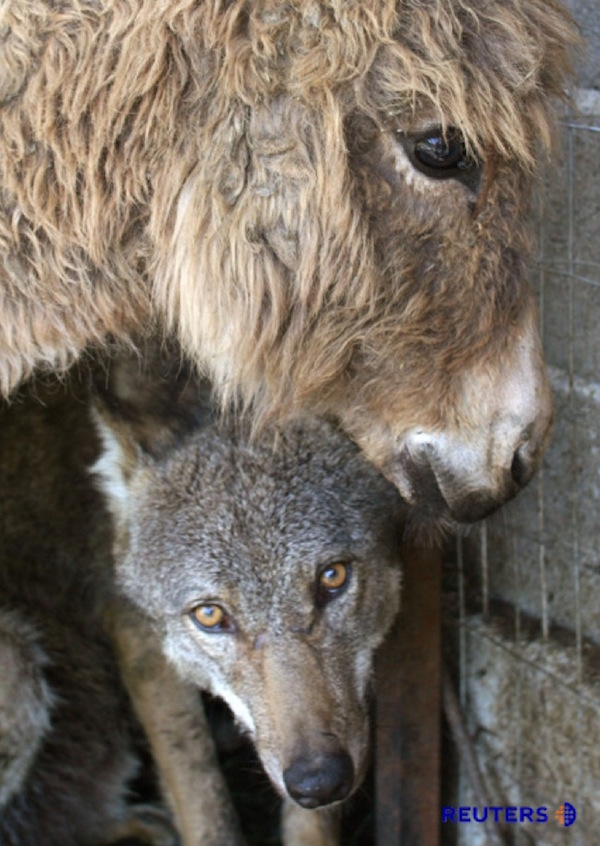 It seems that wolves are not the vicious creatures we’d been led to believe.