Meet Dorothy of Palmdale, the dog found wandering  a dusty road in the Palmdale Desert. The story of her rescue and rehabilitation is so moving that you might need a box of tissues handy!

Dorothy was abandoned back in 2013. She was spotted by a member of the public, and subsequently rescued by the lovely people at J. J. Woofin’ Paws Rescue Agency. When they took her in she was in a horrific state. At that stage her fur was so matted that they couldn’t tell if it was male or female. Their instinct told them it was a girl, so called her Dorothy. They were right.

Dorothy’s coat was matted so badly that her legs were bound together. Bugs, sticks and telephone wires were found in the fur. She was also extremely wary of humans. She cried when anyone at the center tried to touch her. Perhaps more immediately concerning, however, was the growth on her eyelid and the wounds all over her body. 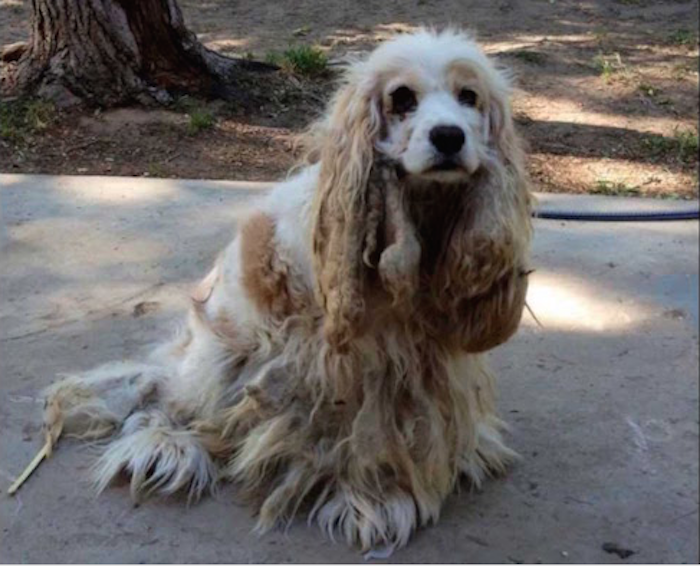 Dorothy was taken to a vet to be bathed and shaved. It took hours, with over a pound of matted hair removed from her body! Her growth was also removed and her wounds began to heal. Slowly, she became a lot less nervous and afraid. She began to trust those at the rescue center. 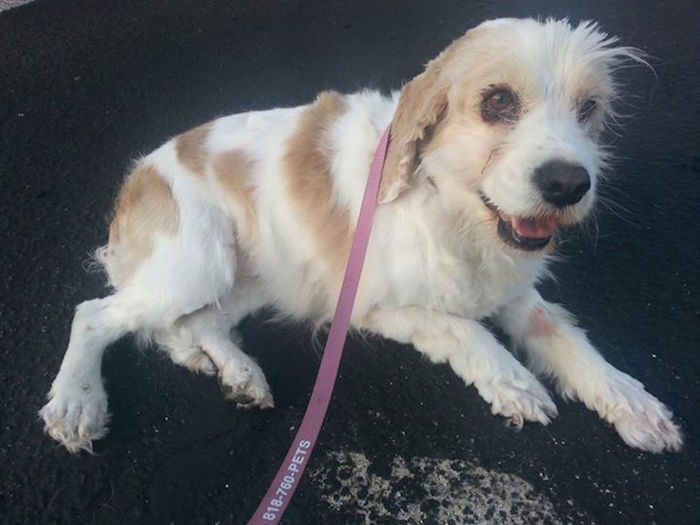 And now, a fit and healthy Dorothy has been adopted by a loving family, so we expect the lovable Cocker Spaniel to put her painful past behind her, and go on to live a long and fulfilling life.