One of the funniest – and most ridiculous – movies of all time has to be The Farrelly Brothers’ idiotfest, Dumb and Dumber. It’s been 20 years since we first saw the dimwitted duo of Lloyd Christmas (Jim Carrey) and Harry Dunne (Jeff Daniels) schlep across the states in ultimate pratfall mode. And guess what? THEY’RE BACK! That’s right, the foolsome twosome are hitting the road again all these years later in a follow-up, Dumb and Dumber To (that’s not a typo, by the way!).

In it, Harry rescues Lloyd from a self-imposed stay at a mental hospital and the pair discover that Harry has a long-lost daughter. On seeing her snap, his extreme-fringed sidekick falls instantly in love with Harry’s progeny, leading – inevitably – to hilarious results. And don’t worry, their big dog van makes an appearance! 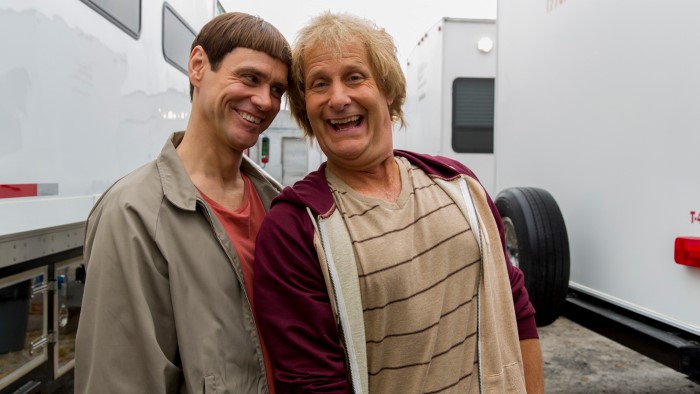 Judging by the outrageous new trailer, there are a whole host of mad hi-jinx abound. Including this slightly insane scene… 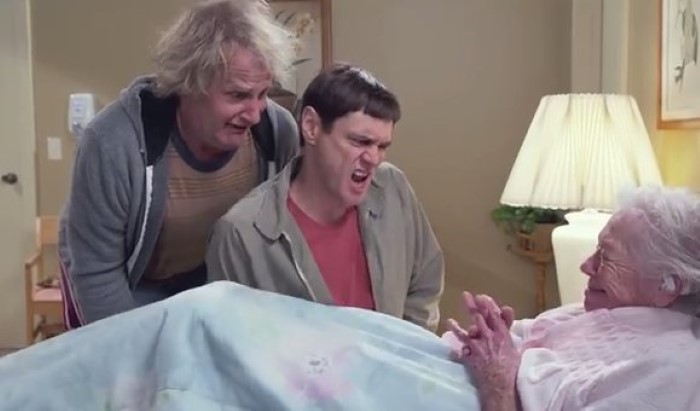 It’s out in the US in November and December in Europe. We’re excited about it, it looks like it’s going to be a funny (and VERY daft) 90 minutes. Take a look at the trailer in full for yourself:

We’re looking forward to another ridiculous journey with Lloyd and Harry. How about you?