On a recent flight from Philadelphia to the Dominican Republic, a passenger yelled out ‘I’ve got Ebola!’ after an audible sneeze. The cabin staff heard the man’s exclamation. They assumed that he was joking but had no choice but to take his declaration seriously.

“I’ve done this for 36 years, and I think that the man who has said this is an idiot, and I’ll say that straight out.” A flight attendant told other passengers after the man was escorted to a medical center after landing. 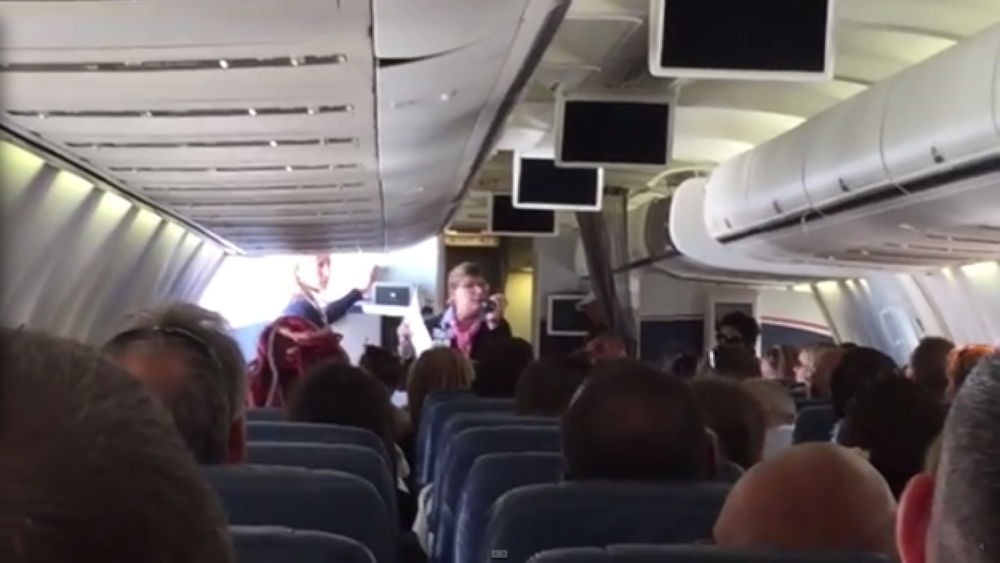 And then, like in a movie, the guys in suits arrived! What a frightening sight this would have been, huh? 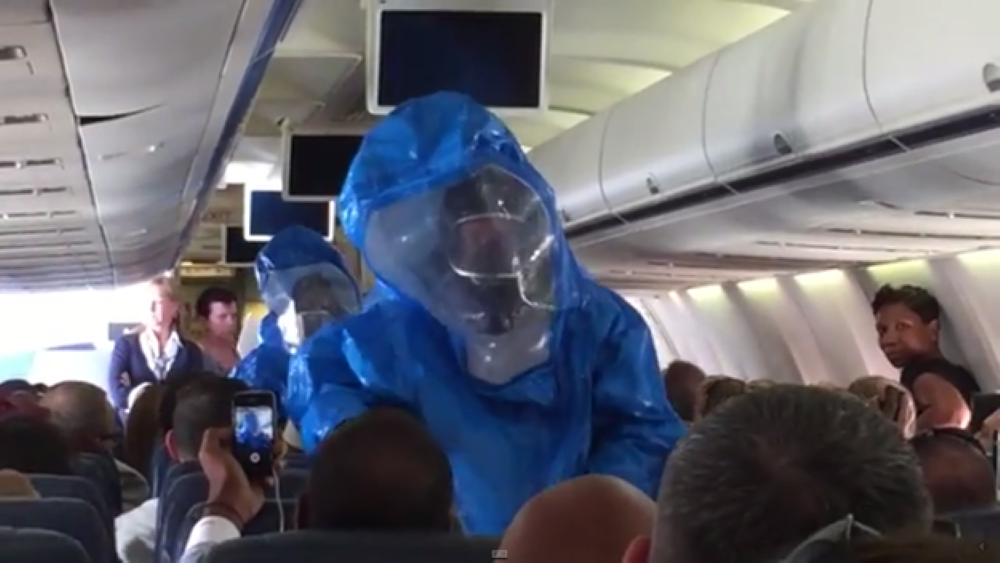 The guy was tested and – unsurprisingly – did not have Ebola. Check out the full incident here in this video:

Pretending to have Ebola on a plane? Yeah. Not a good idea…