Fifteen-year-old Triona Priestley tragically lost her battle with the sometimes fatal illness of cystic fibrosis back in April 2014. As she died, though, she smiled. Why? Well, her beloved brother Aidan explained all on Ray D’Arcy‘s show on the Irish television channel RTE One. The family had arranged for her favourite singer, Ed Sheeran, to sing to her.

“I just remember the day. We were in this small little ICU room. There was myself, my brothers, our partners, my parents, Triona’s godfather, his wife and the hospital staff. Triona was in a huge bed, covered with tubes and machines, a little box window ahead of her on top. My brother Colm left the room but he returned then and he was on the phone. He just says ‘ I’m going to put you on loudspeaker quickly’ and clicks it and we hear Ed Sheeran.”

“He says: “Hi Triona, I hear you’re a big fan.” He heard that her favourite song is little bird and he begins to play and the guitar comes through. He plays the whole song…” 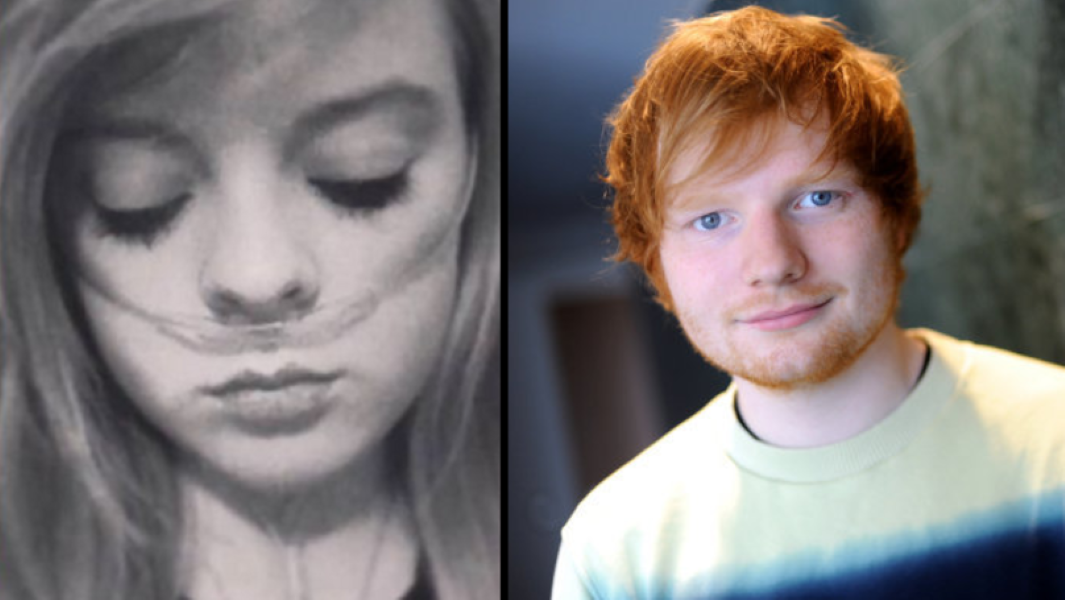 We tell him very quickly thanks very much and that we have to go. We have to hang up on him. It was probably a bit rude at the time. The doctor lifts his stethoscope to tell us that her heart has stopped.”

“We take the mask off because she had been on a machine to breathe. Just in that moment, I can remember a burst of light comes through that window and she’s smiling. It’s this big room and my family hasn’t gotten smaller. It’s grown by the thousands of people that Triona has invited in. I feel that every day, it stays with us all the time.”

He is that touching interview: