The skeletal remains of what is believed to be a creature known as ‘El Chupacabra’ (or ‘The Goat Sucker’) have been found on a farm in Chile. The farmhand who uncovered the bones, Bricio Salvidar, immediately alerted his employer, goat farmer Javier Prohens, as to his discovery. Prohens, at first, was puzzled. But soon came to realize that the remains belonged to two goat suckers and that these near-mythical beasts that had been terrorizing his animals. So he alerted the media to draw attention to the find. 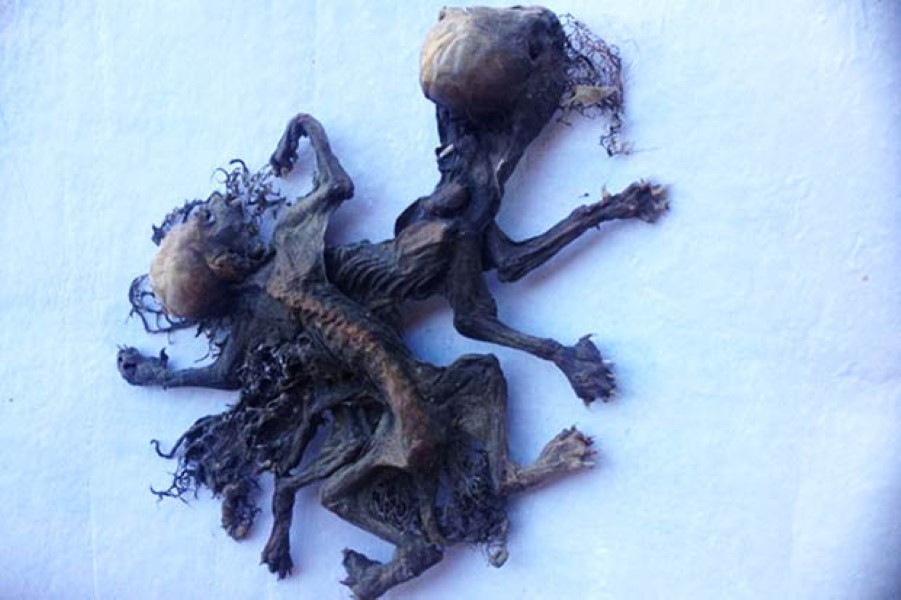 He told media outlets: “[Bricio] was clearly scared and said he had been up at the old winery and found two strange bodies. When we got there we saw them lying among some hay bales in one of the cellar. First we thought they might be bats, but when we looked closer we realized they had to be something else as the heads were far too big for bats. “And then someone said they looked like Chupacabras.”

Javier and other farmers from the Chilean town of Monte Patria are now living in fear that another such animal will come along. And perhaps even attack a human… 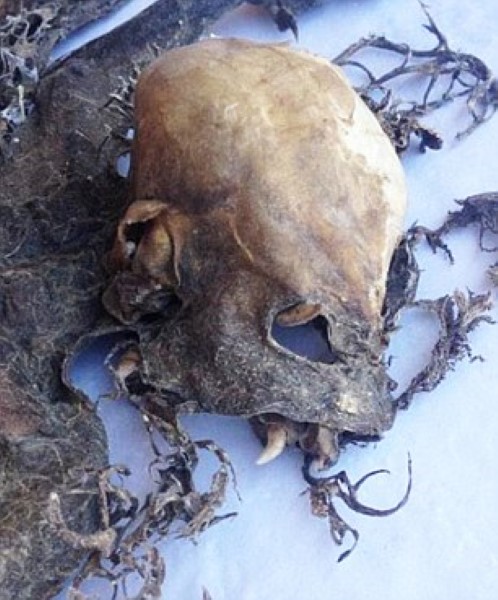 Stories of El Chupacabra have dated back centuries in Central and South America. But no remains have ever been found. So could this discovery take the goat sucker from the realm of cryptozoology into regular zoology? From fact into fiction..? Only time will tell.