A furious father brutally attacked a babysitter he had hired for the evening in the North East of England after hearing reports that a wild party had kicked off at the house, with the man’s eleven month-old daughter still inside. Lee Brown, 23, from Ashington in Northumberland, England, rushed back in a fit of anger and repeatedly punched babysitter Darren McKay in the face, causing major damage and fractures to the young man’s forehead, eye socket, nose and jaw.

Brown received the tip-off that a party was being staged by telephone from a neighbor and immediately cut short his evening out in order to rush home and investigate. On discovering the loud music, house guests, alcohol and raucous behavior, the 23 year-old ‘flipped out’.

Richard Bloomfield, defending Brown, claims that some of the injuries were caused by someone else during the incident and that they were not solely the doing of his defendant. He also said:

He said: “He [Brown] made arrangements for the child to be baby sat so he could, if he wished, have a drink. He then saw what he perceived to be a party going on around the child. There was loud music and alcohol being consumed. He accepts he lost his temper and set about Mr McKay.”

But the case for the prosecution proved just that little stronger. Neil Pallister, working on behalf of the injured babysitter, says that Brown dragged McKay ‘by the shirt’ down the stairs and out of the house. He then attacked him. McKay was unconscious and laying outside, prone, when he was later discovered and assisted by fellow revelers.

Mr Pallister said: “He had gross swelling and bruising to his face, especially around the eyes. He had a full thickness laceration to his eye brow and bruising to the elbow. There was a fracture to the forehead, the eye socket, the upper jaw and a possible nasal bone fracture.”

The young babysitter was in Wansbeck Hospital for more than two days, recovering. Prosecutor Pallister went to to also say that a foot imprint was also found on the young boy’s face, but Brown went on to claim that that was not his work.

Violence of this nature and to this degree can obviously never be condoned. But some sympathy can be given to the guilty party here, being as his child was involved. However he did overreact and must now face the consequences. We hope that everyone learns from what’s happened and can move on with their lives. 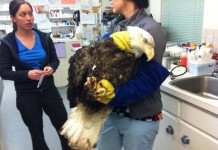