Scientists have recently discovered that there are a number of species of spiders which hunt, kill and eat fish! Apparently, the numbers of these spiders are rocketing up as well, all across the world. There’s even a species native to Britain (specifically East Anglia) called the Fen-Raft Spider. It sounds like something out of a horror film, doesn’t it? But it’s absolutely true. 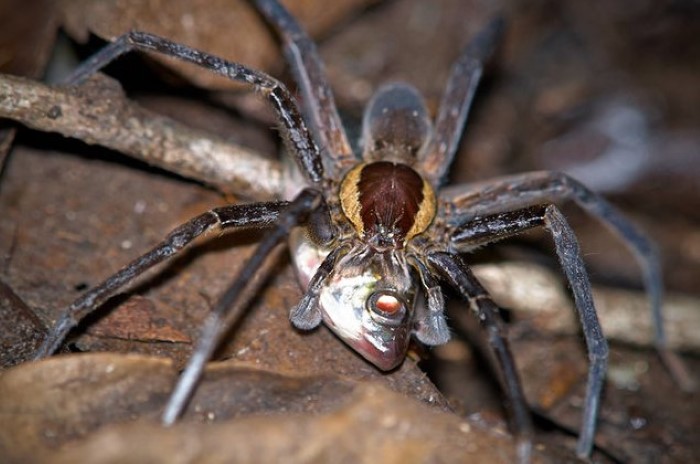 These species of spider lurk waiting by ponds, lakes and rivers. When their prey appear near the surface of the water – they strike. The research carried out says that the average size of the fish caught by these seafood-loving arachnids was TWICE the size of the actual spider! 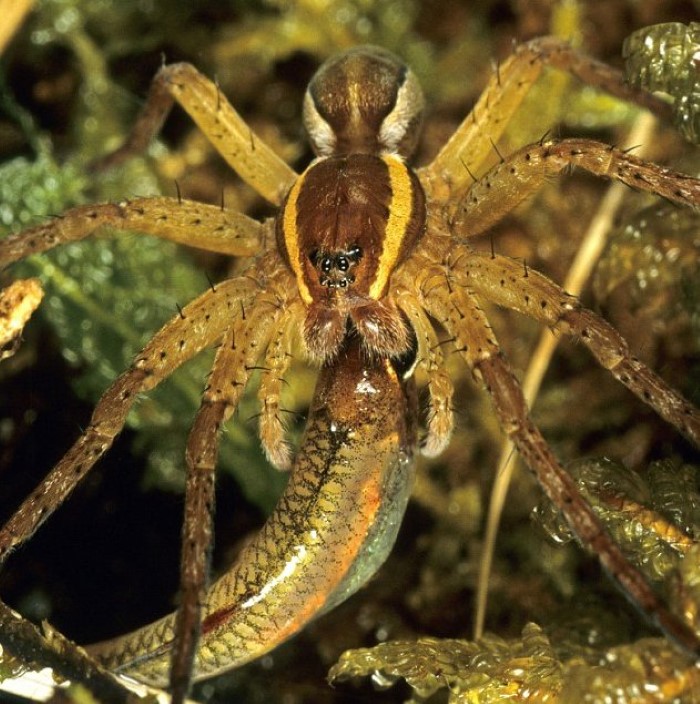 We’re more used to these eight-legged chaps gorging on insects and things to survive, but adaptation has led some species, which live near water, to vary their diet. All of the spiders found used a form of poison to stun or kill their dinner before pouncing. 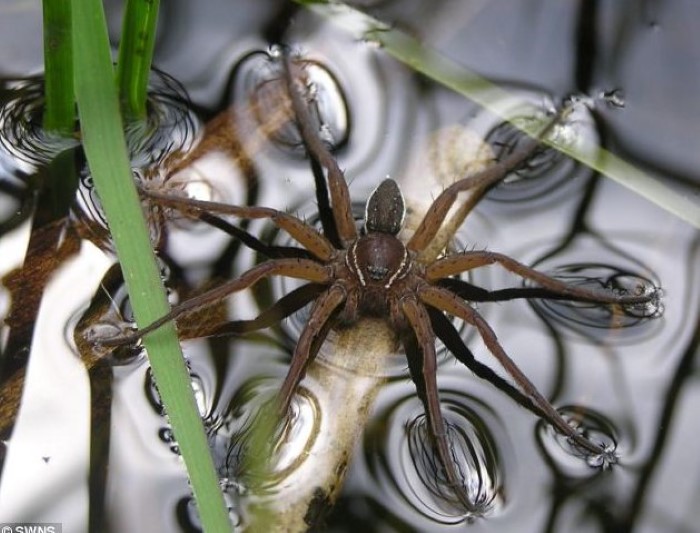 You can see from the rather terrifying photograph above that some of them can even perform Jesus-like miracles and walk on water! 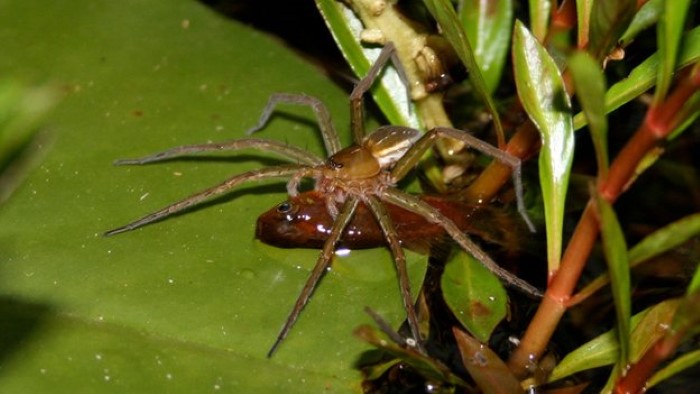 So that it can catch its prey, the fish-eating spider will normally anchor its back legs to a stone or a plant and ensure its front legs are resting on the surface of the water, in an ambush stance. Once caught, the fish is then dragged back to a nice dry spot before the feeding process can start. This feed, using strong enzymes to break down the scales and bones usually lasts quite a few hours. 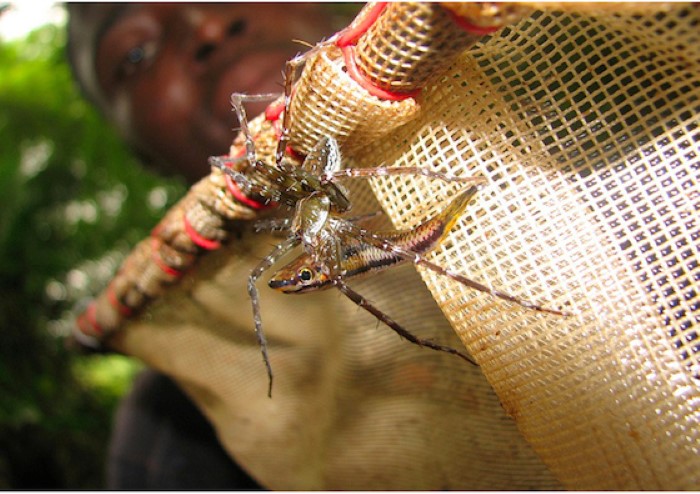 It’s not such rare behaviour, though. Scientists claim that this kind of thing has been recorded on every single continent on Earth, with the exception of Antarctica. 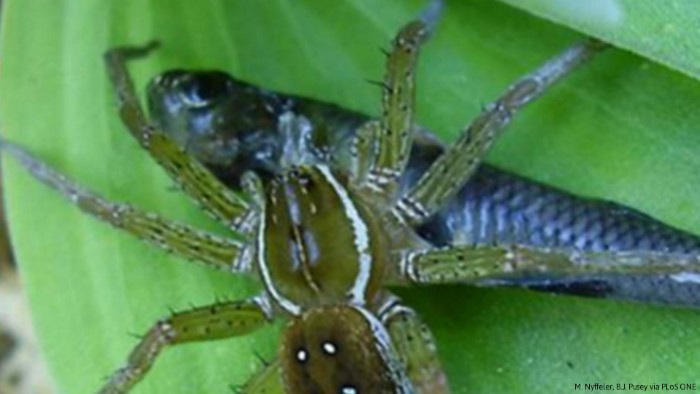 Creepy, yet interesting stuff. We just pray the day never comes where we have to publish a ‘human-eating spider’ story!