If you’re on Twitter, Facebook and/or Instagram (and let’s face it, you are…) – you’ll be all too familiar with the recent trend for the body beautiful and fitness regimes ‘that really work!’ You see them everywhere. Getting fit is the new getting drunk and having a good time. Toned, lean physiques are everywhere you look. And it’s given rise to a thing called ‘fitspiration’ or ‘fitspo’ for short. So called ‘inspiring’ pictures that claim to show how much weight someone’s lost and how good they look now after a diet or fitness plan.

But are they all that they seem? Well, no. Fitness trainer Sophie Kay, from London, has been unveiling how these pictures are actually frauds. Here’s her supposed ‘before and after’ shot… 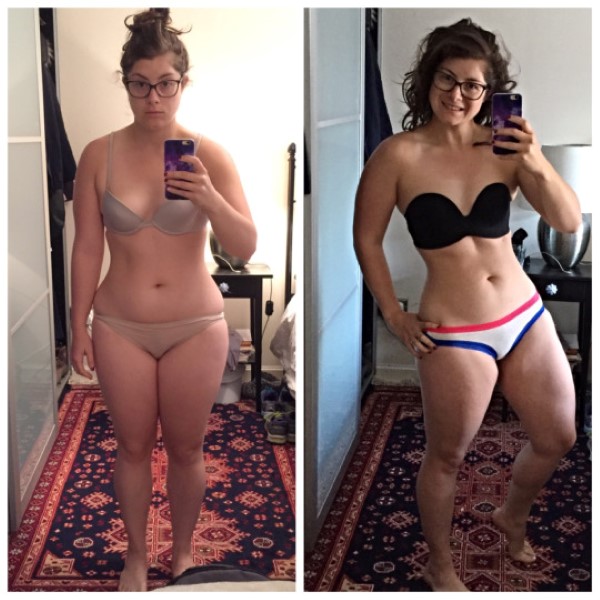 Pretty impressive, huh? Well… Actually. These shots were both taken on the same day. 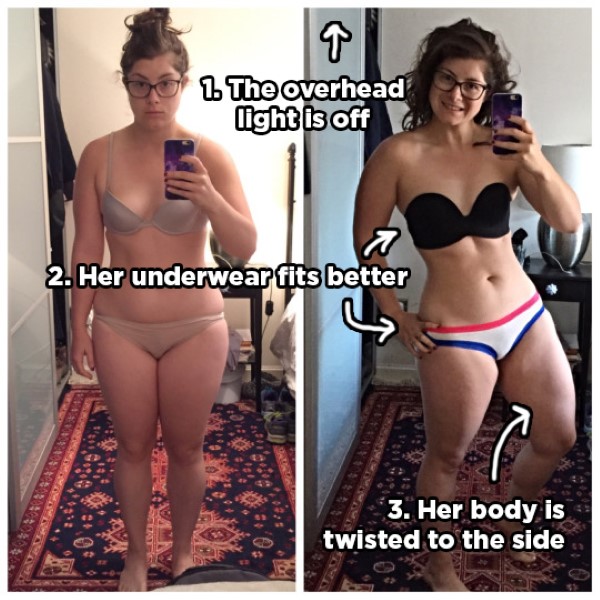 “Social media has totally changed girls’ and women’s body perceptions because we’re bombarded with these images 24 hours a day with no escape,” Kay told the media. “There’s also pressure on women to post amazing photos of themselves online, which doesn’t help.”

Here’s another example from a girl called Mel V who is using the same tricks: 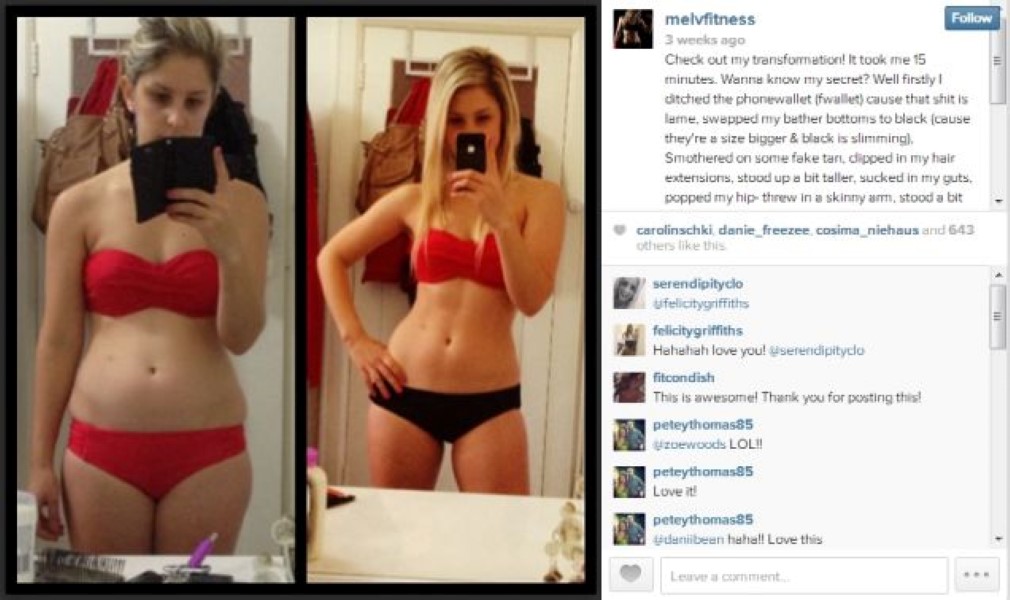 It’s not just women that are going online and demonstrating how a lot of the ‘new body’ photos that you see on the internet are just clever trickery. Personal trainer Andrew Dixon has already shown the world how you can go from Dad Bod to Rad Bod in an hour just by shaving, sucking in, better lighting and a bit of flexing.

“Don’t try to look like anyone you see in a transformation photo. Be inspired, but don’t be disappointed if you don’t see yourself the way you see those models,” he says.

So now you know. There’s nothing wrong with getting fit and trying to look good, but don’t be swayed by unrealistic goals and targets. Go at your own pace!