It’s been a long and very cold winter in some parts of the United States this year. And when temperatures dipped to 19 degrees Farenheit in Nantucket, Massachusetts, one local photographer headed for the coast and got the surprise of his life.

Jonathan Nimerfroh made his way down to the ocean shore, and there he witnessed a sight he never expected to see. The weather was so cold that the waves rolling in from the Atlantic ocean had partially frozen. They looked for all the world like a giant slurpee! 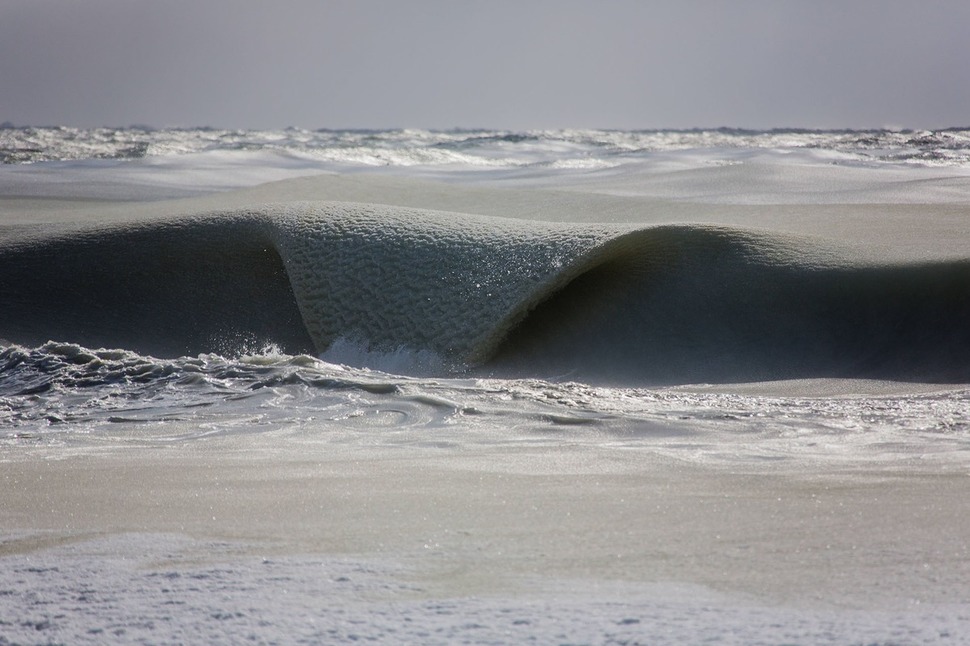 The temperature had been below freezing for weeks. 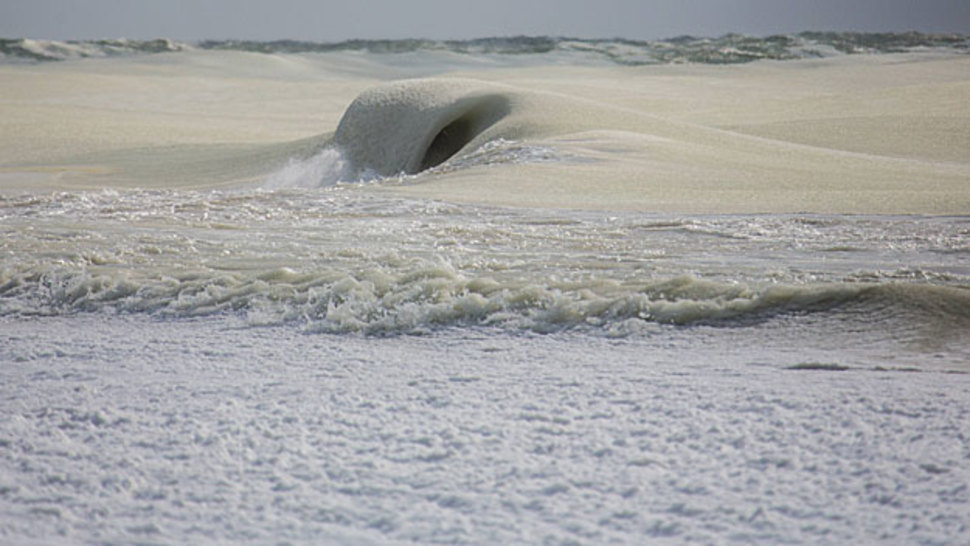 Causing the waves you see hear to partly freeze. 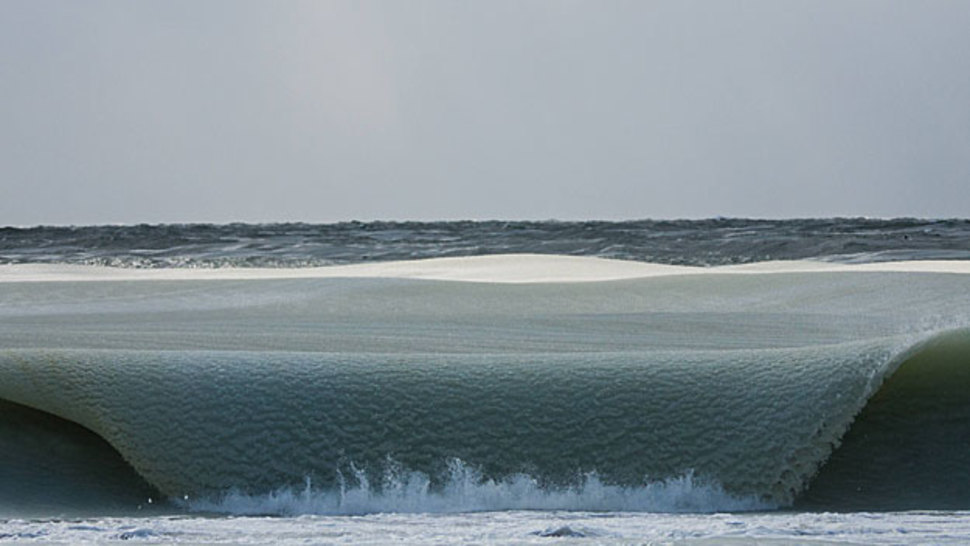 This causes the waves to be slow and sluggish. And to look like they need a dash of strawberry syrup and a straw! 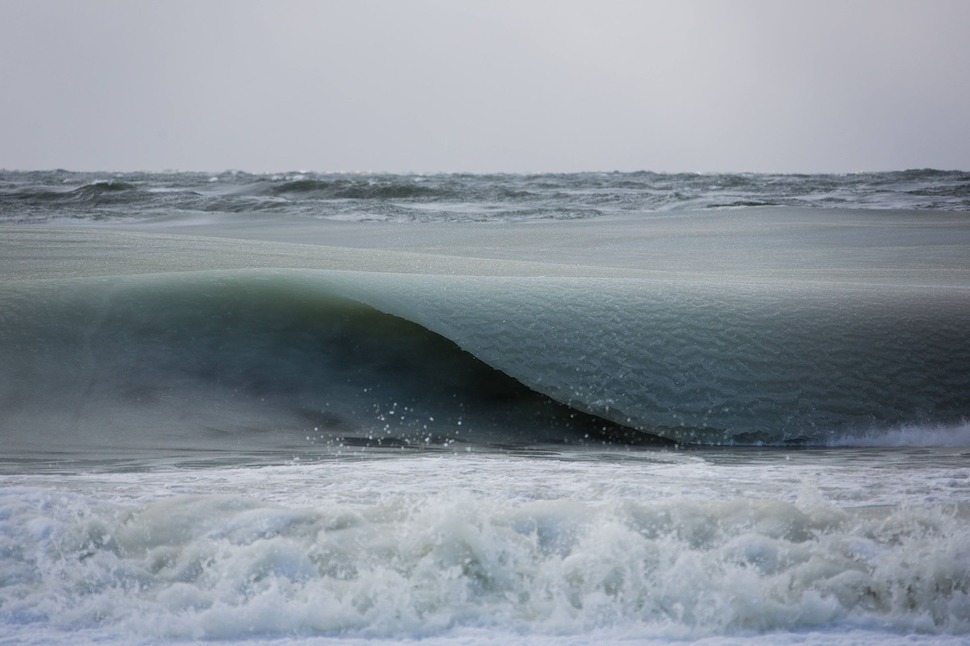 “I saw these crazy half-frozen waves,” said Jonathan. “Usually on a summer day you can hear the waves crashing, but it was absolutely silent. It was like I had earplugs in my ears.” 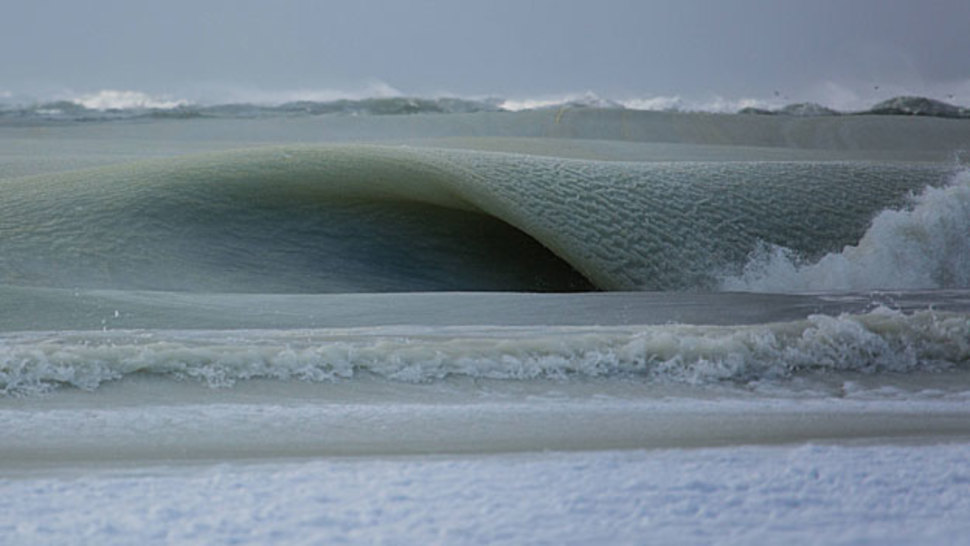 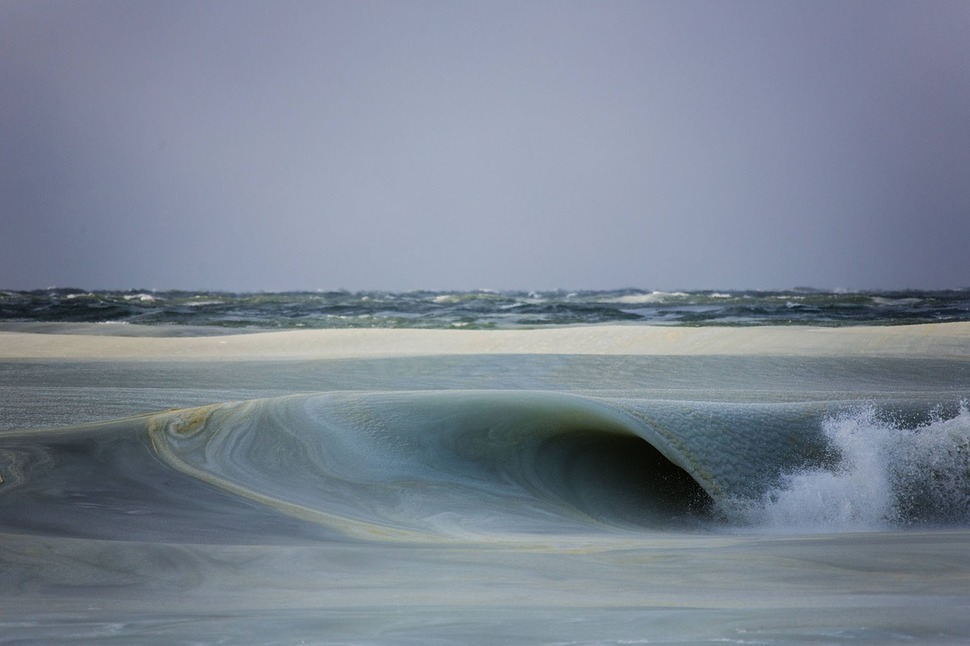 So … not the best time of year to go surfing?