A 23 year-old Vietnamese-Australian man is getting sick of his name. Everywhere he goes he gets asked if he’s joking, people openly laugh at him, all sorts happens… He’s had it since he was a child, so he’s kind of used to it by now. But recently, even Facebook has been picking on him for his name. They keep suspending his account, thinking it’s a joke profile!

Phuc Dat Bich (pronounced Phoo Da Bic, just in case you ever met him…) Knows why his moniker is amusing, and agrees. Although,  more than two decades of the same joke kind of makes you less inclined to laugh.

Phuc’s snapped recently, though. Tired of smiling politely – and, ironically, having to use fake names on social media – he’s written an angry open letter. Well, it’s half angry, half joking. And it made us laugh! 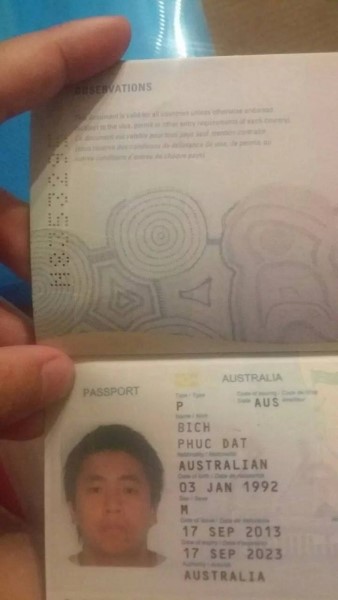 “I find it highly irritating the fact that nobody seems to believe me when I say that my full legal name is how you see it. I’ve been accused of using a false and misleading name of which I find very offensive. Is it because I’m Asian? Is it?
Having my Facebook shut down multiple times and forced to change my name to my “real” name, so just to put it out there. My name.

We’ve seen plenty of Facebook fails in our time. This? Total win.