We bet you’ve stayed in some pretty nice hotels in your time, haven’t you? Impeccable service, beautiful spas, huge rooms, maybe even a Michelin star in the restaurant (if you’re splashing out). But no matter how many complimentary mints you’ve had left on your pillow or haute cuisine meals you might’ve eaten, you’ve never seen a hotel like this…

If you look at the first four photographs of this wonderful building you could be forgiven for thinking it’s in the Surrey countryside or even in New England somewhere. But once you get to the fifth picture here, you’ll know you’re a long way off! 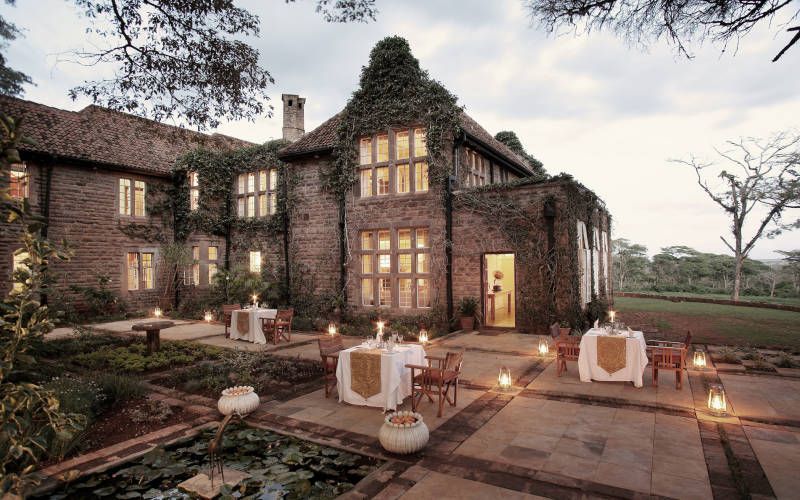 This manor house was built in the early 1930s and has been looked after perfectly to ensure that everything is just as it should be. 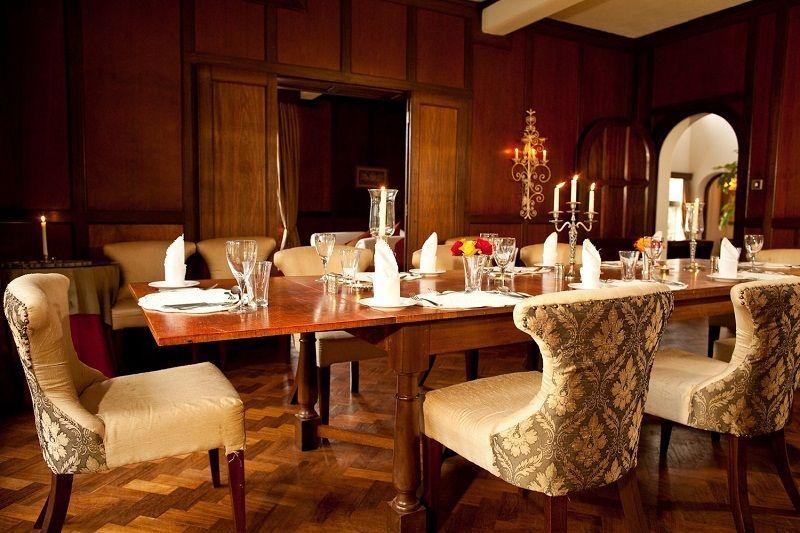 There are only ten rooms in the hotel, with each room boasting original furniture in perfect condition.

Guessed the secret yet? No? Well, what if we were to tell you where you could find this quaint old manor? It’s in Nairobi, Kenya… 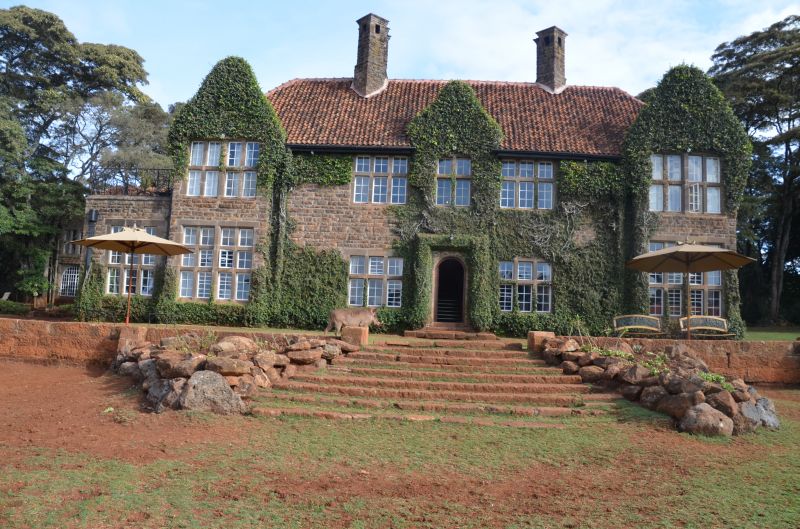 Oh….! GIRAFFES. You’d be sharing your hotel with giraffes! Can you believe that?!

You can really get up close and personal with them too. The manor’s owners encourage interaction, in fact. 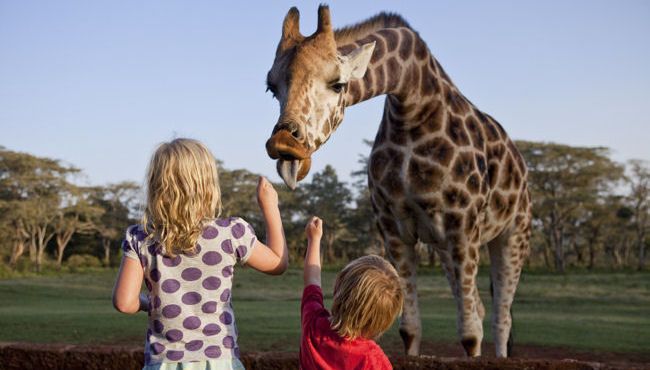 It’s a form of sanctuary, actually. You see, the giraffes here are Rothschild giraffes, the most endangered species of giraffe. In fact, in the wild there are only a few hundred Rothschilds left. 🙁 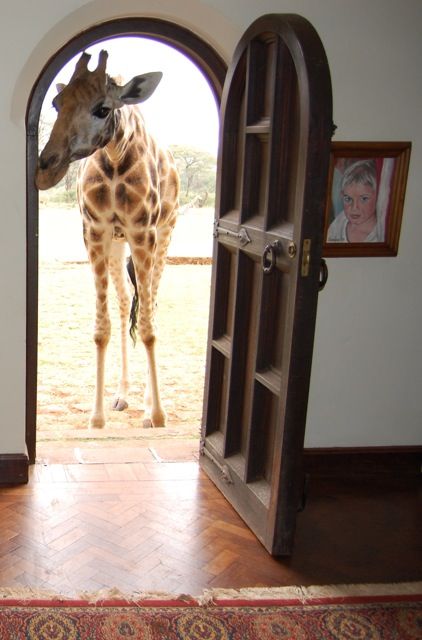 You’d be in pretty good company should you ever decide to visit. Among the manor’s previous guests you have The Rolling Stones’ Mick Jagger, actor Ewan McGregor, legendary TV host Johnny Carson and business mogul Richard Branson. 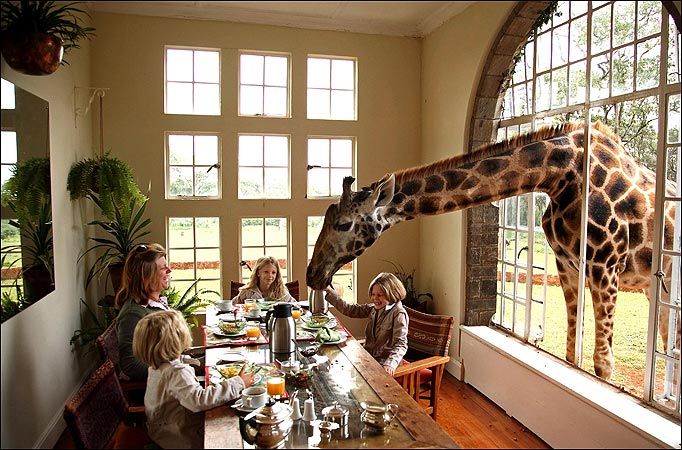 How cool is this? You can feed the giraffes through the window as you eat your own breakfast in the morning! 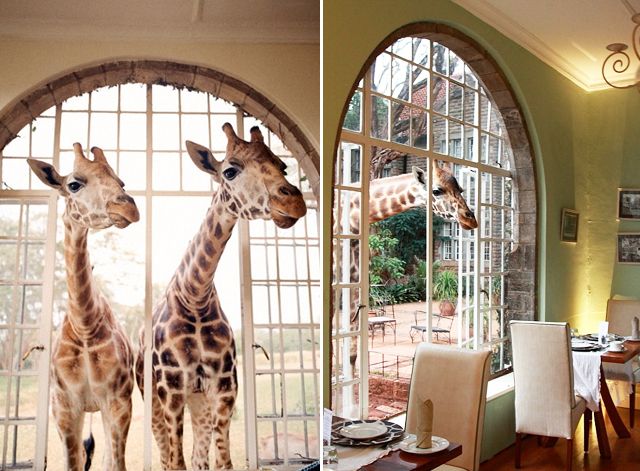 And – if you’re particularly adventurous – you can go for a kiss! 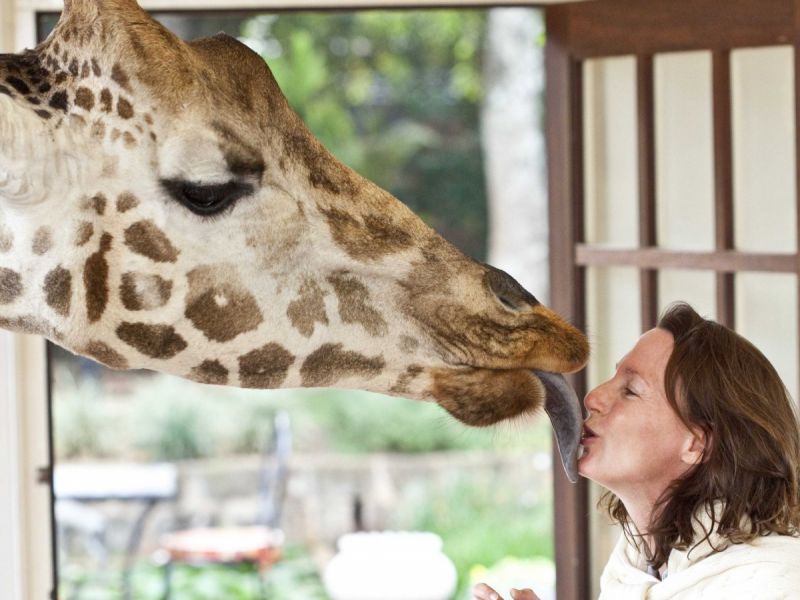 Totally fantastic. Just imagine staying in a hotel with a bunch of the world’s most intriguing and unique animals. It’d be crazy (in a good way!). Have we made you think about changing your holiday plans for this summer?! C’mon, admit it – we have!

Why not share this with someone you know? After all, who wouldn’t want to hear about a giraffe hotel, eh?!