Tell an innocent kid about homelessness and they just won’t get it. Kids can’t understand why anyone could be without a home. Nine year-old Hailey Ford from Washington is no exception. She became passionate about helping the homeless after meeting a man called Edward who had recently lost his job, and then, subsequently his home. Hailey and her mom gave him a sandwich, but to Hailey, this didn’t seem enough.

Hailey got her thinking cap on and developed ‘Hailey’s Harvest’; a garden which provides fresh produce which is given directly to the homeless. Last year Hailey’s garden provided 128 pounds of fruit and vegetables which, we think you’ll agree, is pretty impressive. But Hailey didn’t stop there. As well as providing sustenance, Hailey wanted to provide shelter. 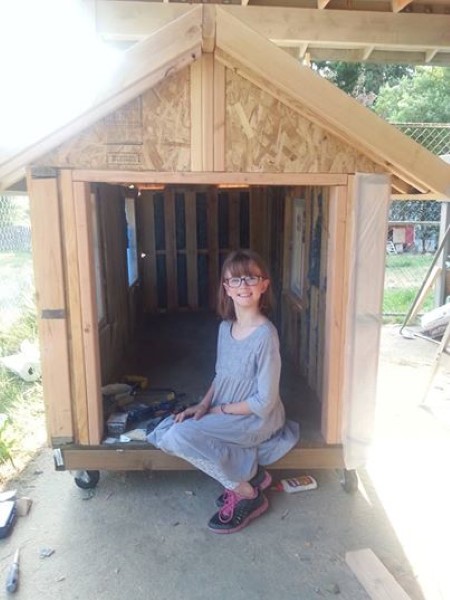 She has recently received a grant that will pay for the building of eleven small homes which will be called ‘Tent City’. Hailey is currently working on building these with her own hands along with the help of her mother and grandfather.

These mini homes are 8×4 wooden structures, the perfect size to provide shelter and warmth for one homeless person. And who is the first home going to go to? You guessed it, the man who inspired Hailey’s dream; Edward. 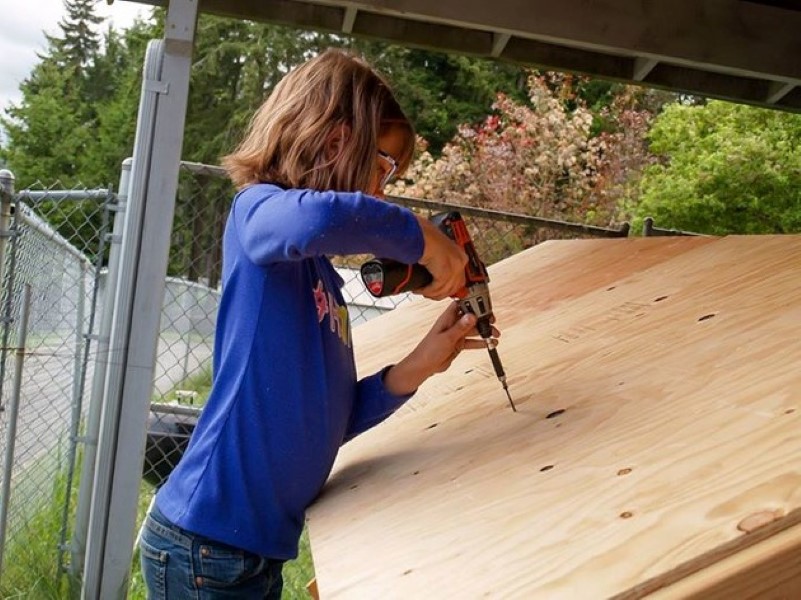 “We can’t think of a better example than our Hailey — she’s proof that no person – or act of kindness — is too small to change the world.” – Together Rising founder, who donated a grant of $3,000 to Hailey.

Watch a video of her in action from Hailey’s Facebook page right here:

She’s only NINE years old… We need more people like this little girl in the world.