Prowling the back streets of Varna in Bulgaria is a green cat. Oh yeah, you read that right. Green. The pictures we’ve got for you here aren’t mocked up on Photoshop or any other clever photo manipulation program – this furry fella really is green. But why? Is it some kind of weird mutated gene that’s causing the discolouration? Is it adaptation or evolution? Has some cruel former owner dyed the cat’s hair as some kind of twisted prank? Well, no. It’s something else… 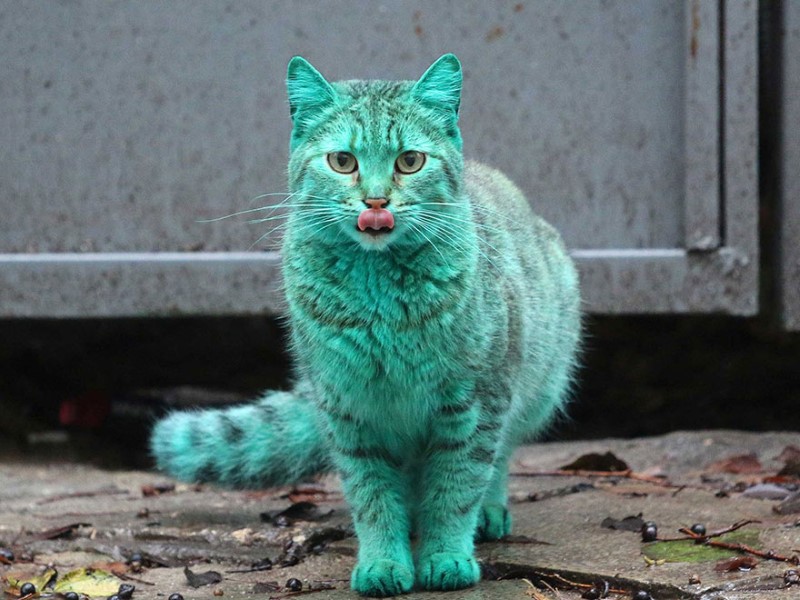 When local residents began noticing the new cat strutting about, their first suspicions were that someone had coloured the stray cat’s hair. So they resolved to get together and track down the guilty culprit. 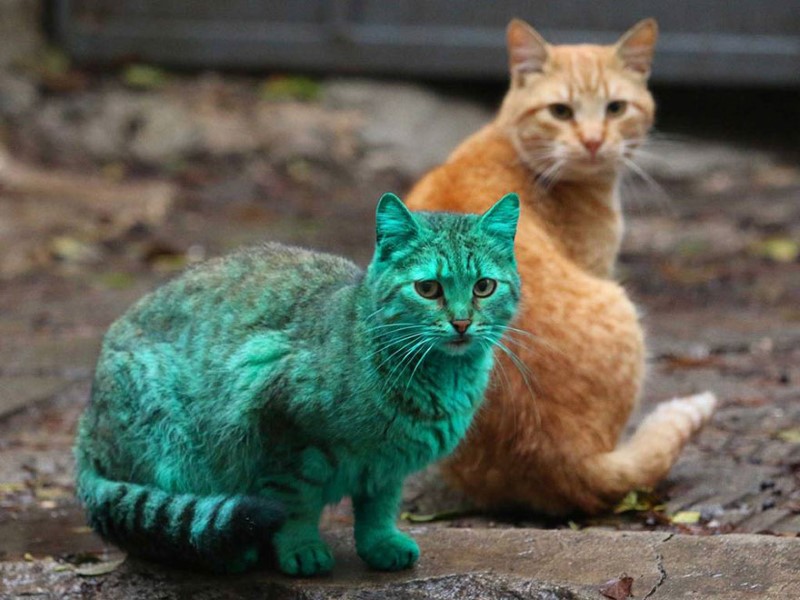 They set up a Facebook group and appealed for information. Pretty soon, the truth was discovered – there was no guilty party… 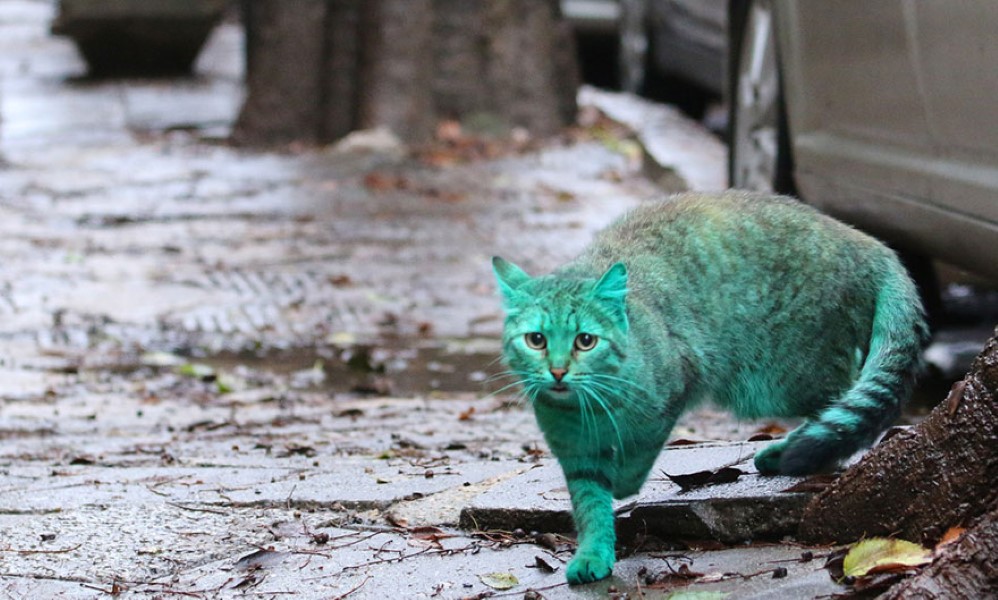 Unless you count the cat itself! You see, this homeless moggy had taken to sleeping in a local garage lock-up. Specifically, in a pile of powdered green paint in the corner! 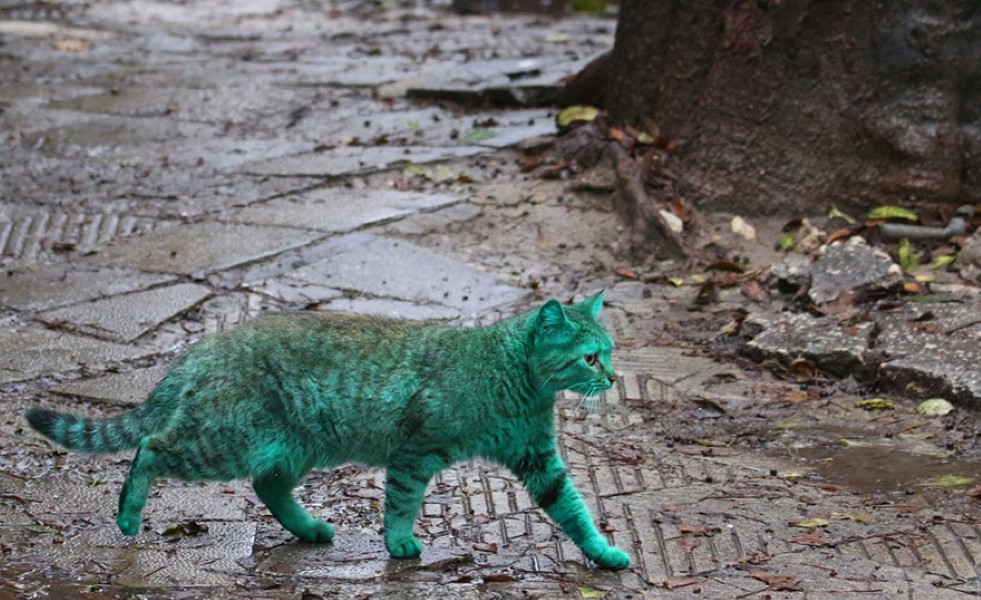 Since these photographs were taken, the green cat has become a wee bit shyer and is spotted in the area a lot less. So no one’s had a chance to grab him or her to get a check up by a local vet. 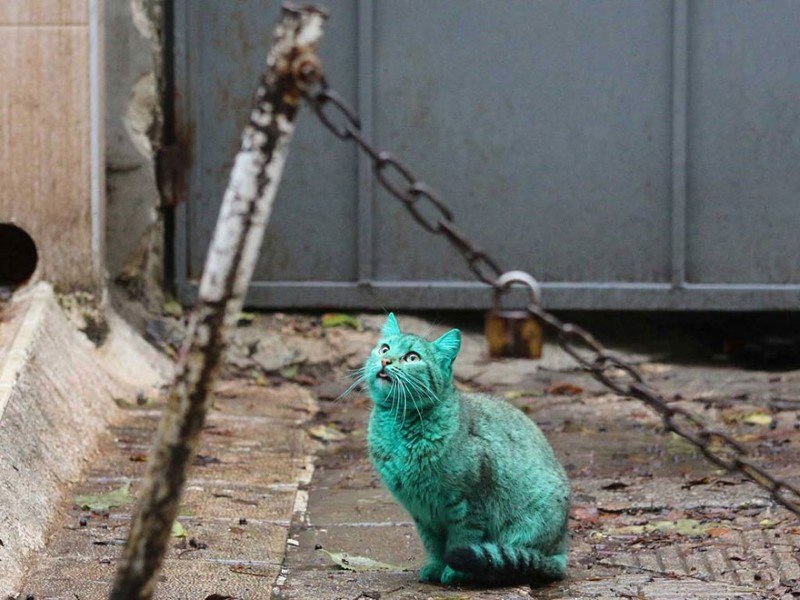 But from these snaps, it’s clear to see that the green paint isn’t affecting the cat. Or any of its friends.

It’s likely that, if the cat’s since found a new home, the paint has washed off. That’d explain why no one’s seen it since- maybe they have, just with its original hair color… 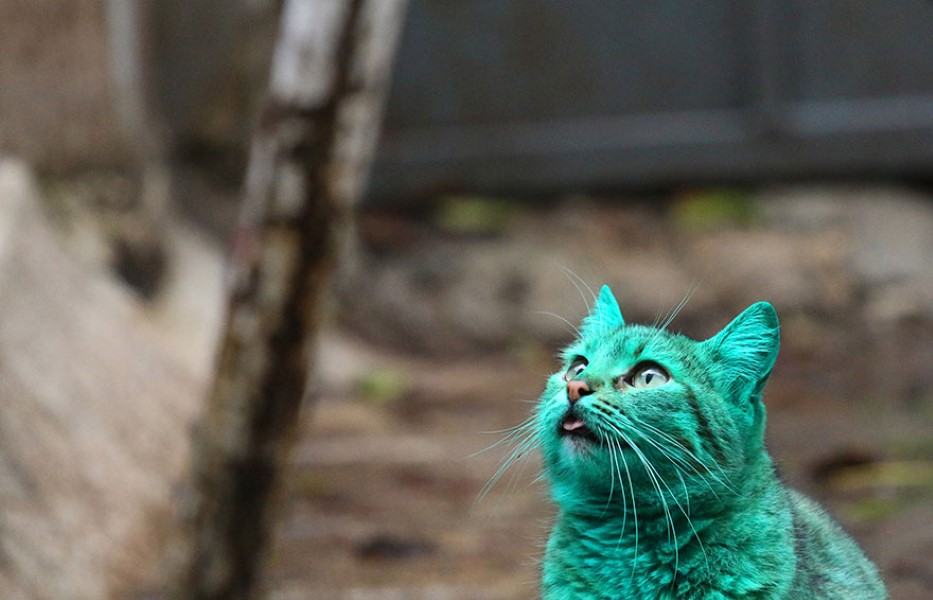 Let’s hope the cat’s a girl. And called Jade! 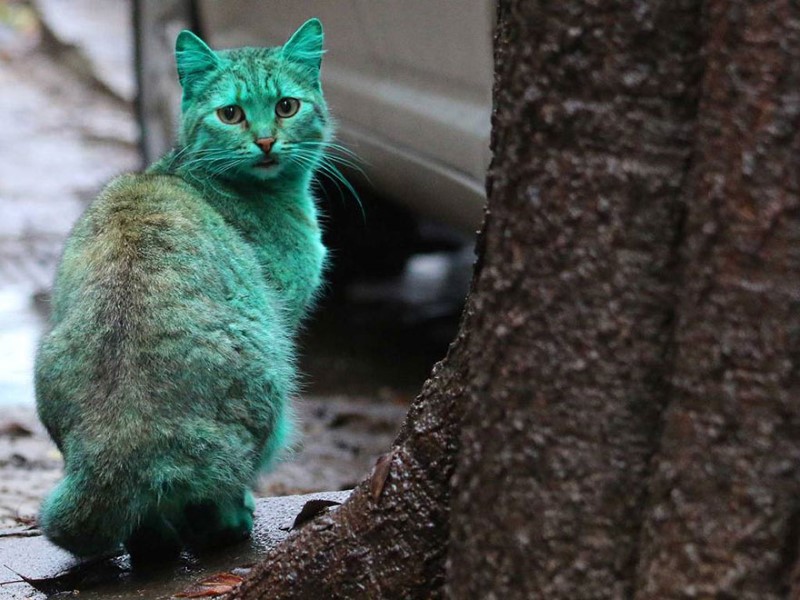 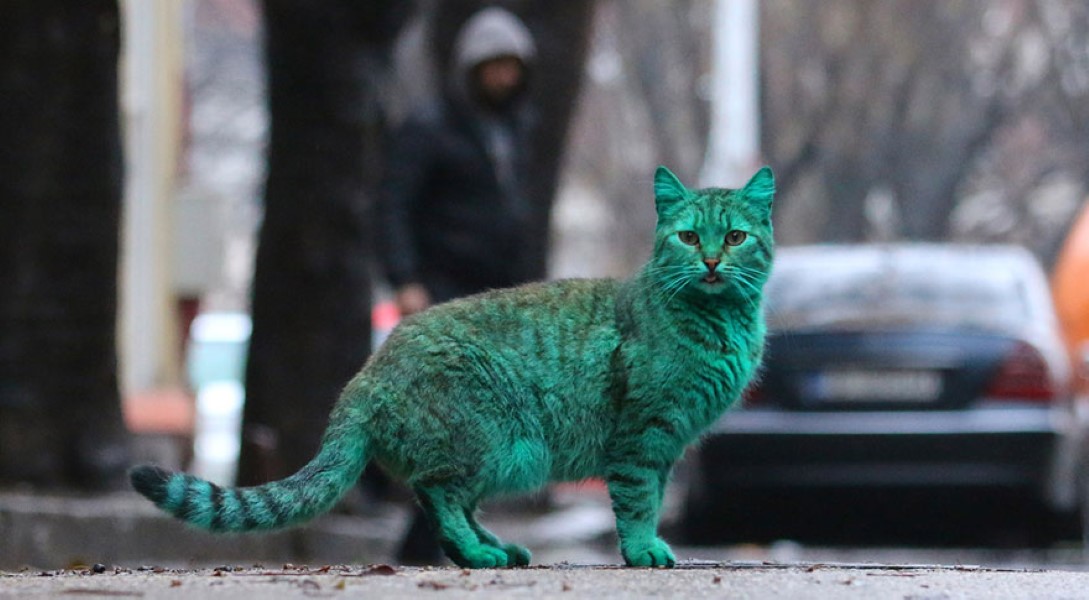 See footage of ‘Jade’ in action: