A little fake cobwebbing, a few jack-o’-lanterns and maybe a cardboard witch slumped sadly next to the door. That’ll do, won’t it? That’s your Halloween house party decorations sorted. Well, sure. If you’re happy to show ABSOLUTELY NO CREATIVITY OR INSPIRATION AT ALL. The alternative? Go crazy. Like these people did…

For some people, it’ll always be 1984. It’s The Ghostbusters. 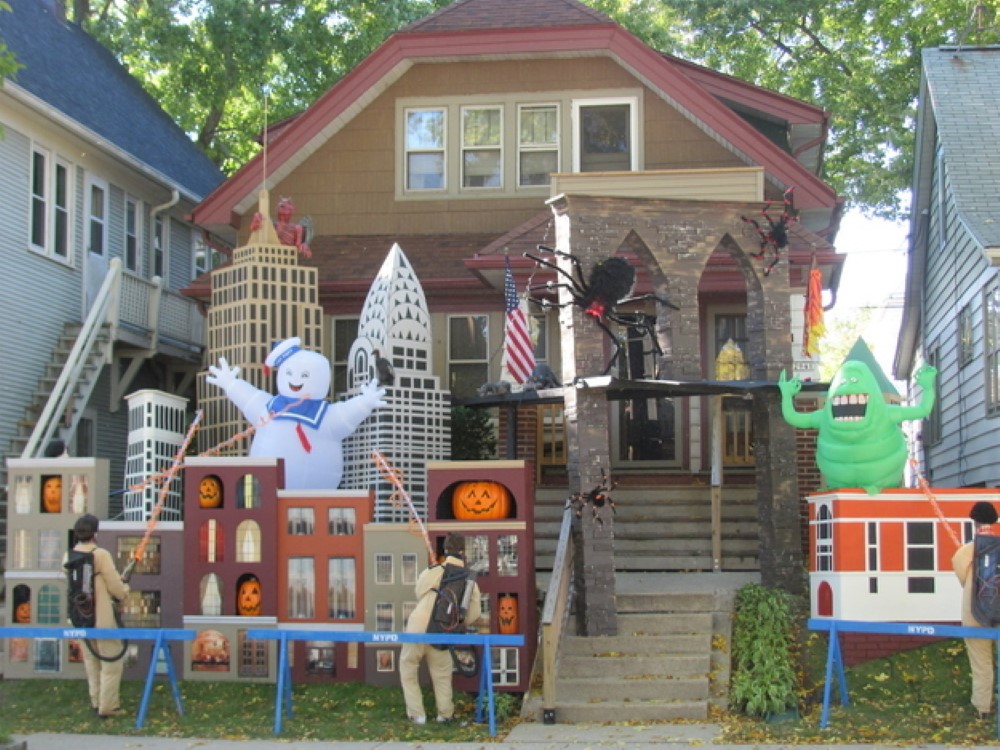 Why not stage an intergalactic drink-driving scene? 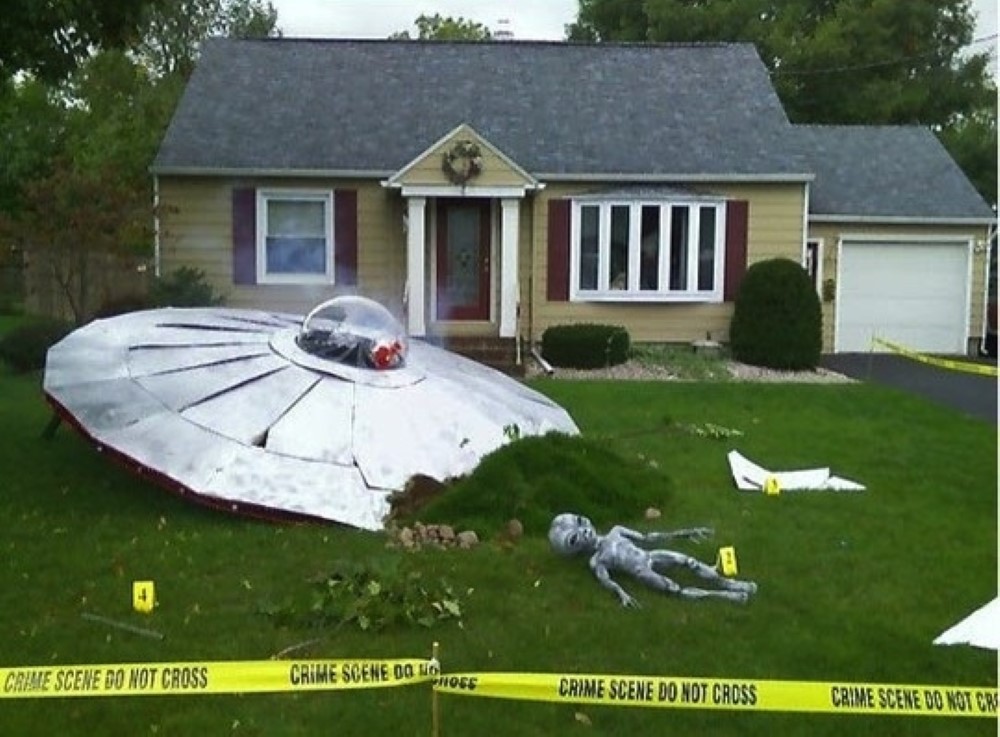 Or spend thousands on some big ol’ Transformers? 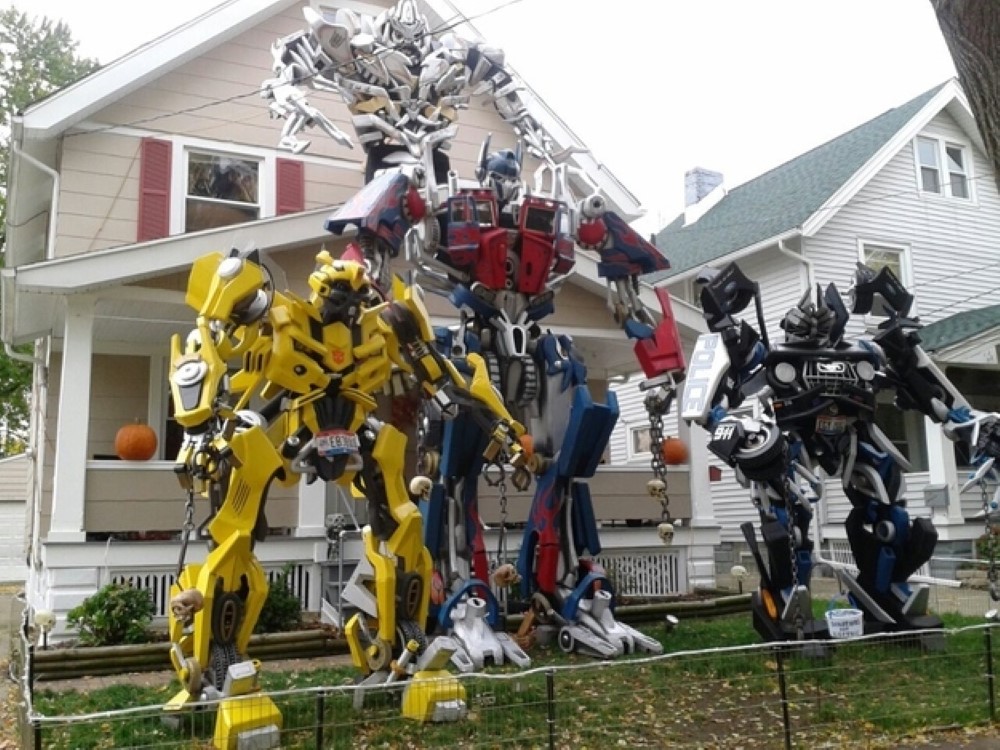 Perhaps you’re weird and Plants Vs. Zombies is more your thing. 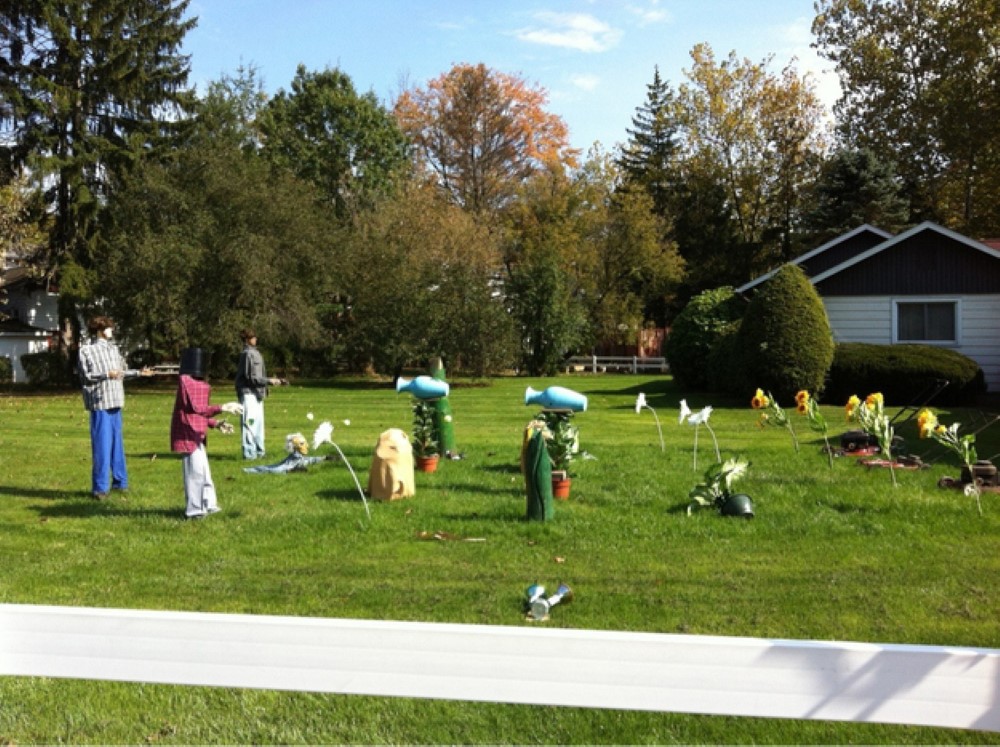 Rushed for time and pressed for cash? Black card and scissors can be a great cheat. 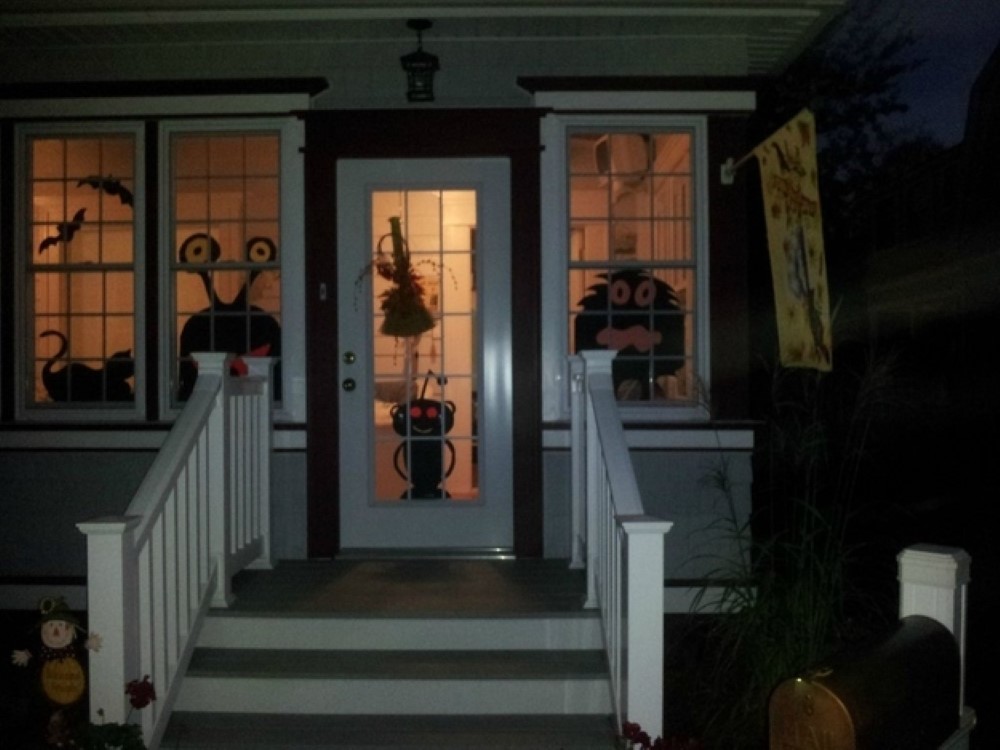 Here’s more proof of that… 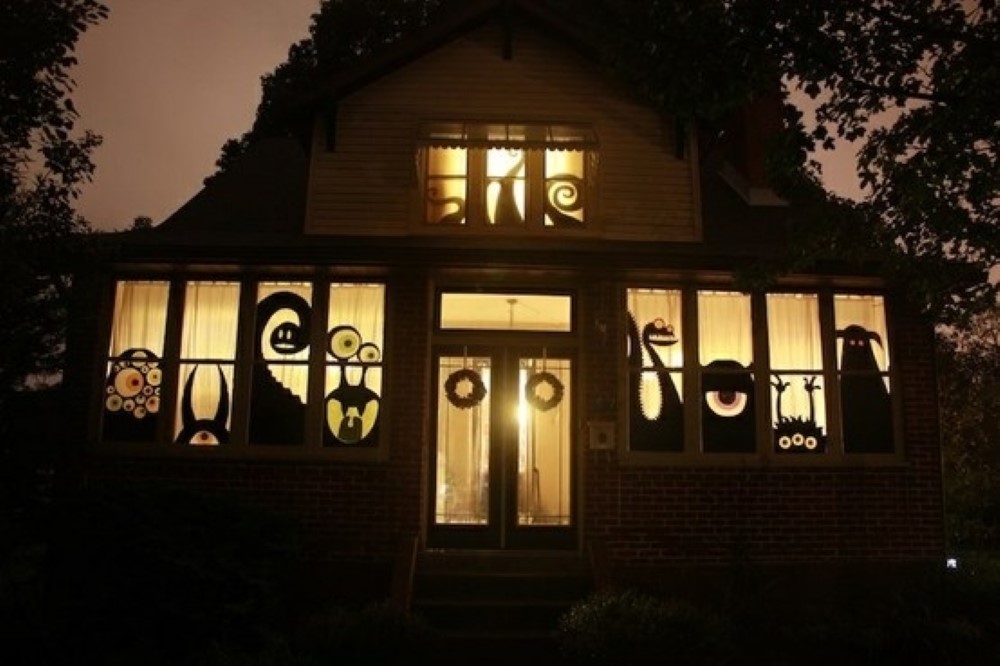 This person really loves celebrities. Or hates them- one of the two. 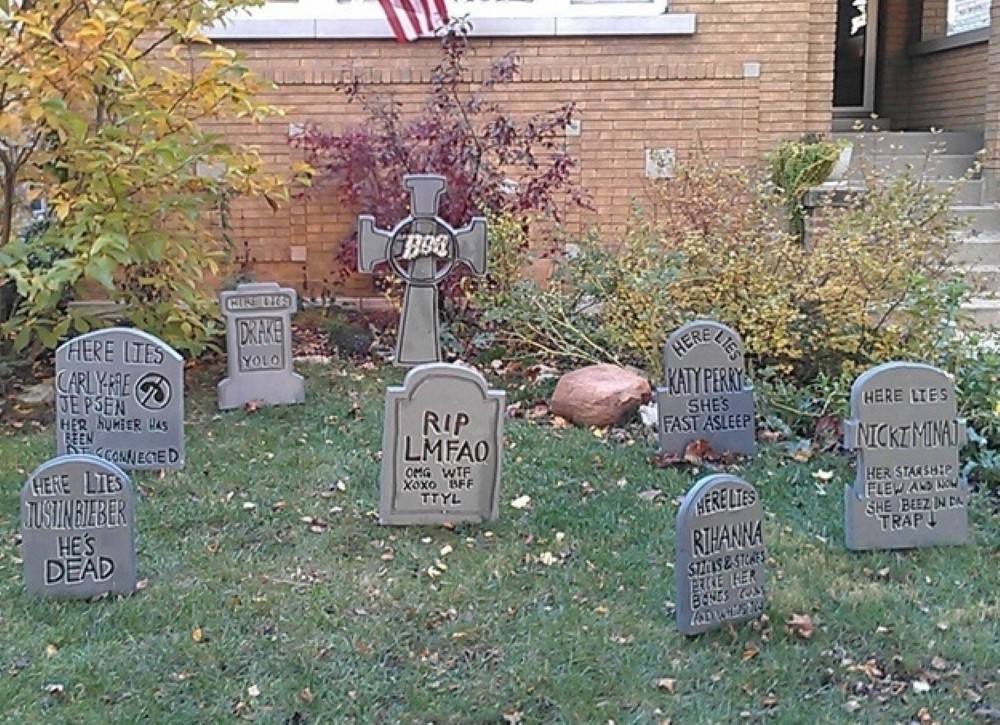 We’re not sure this is intentionally dressed up – a lot of front yards look like this down south (joke!). 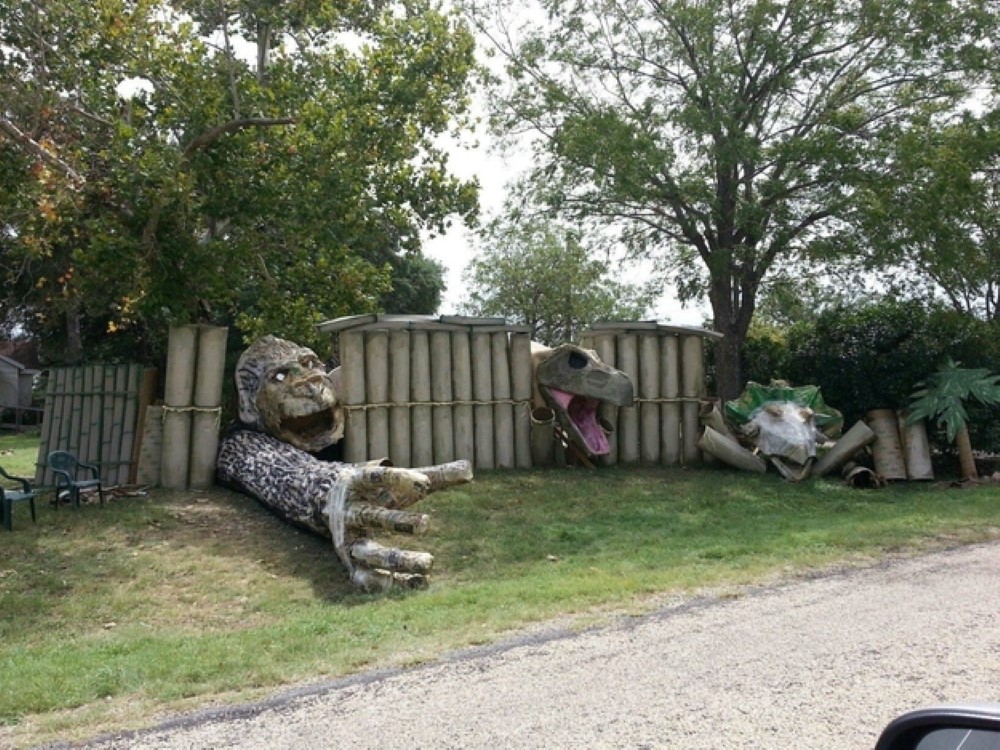 Whoa. This one probably wins… 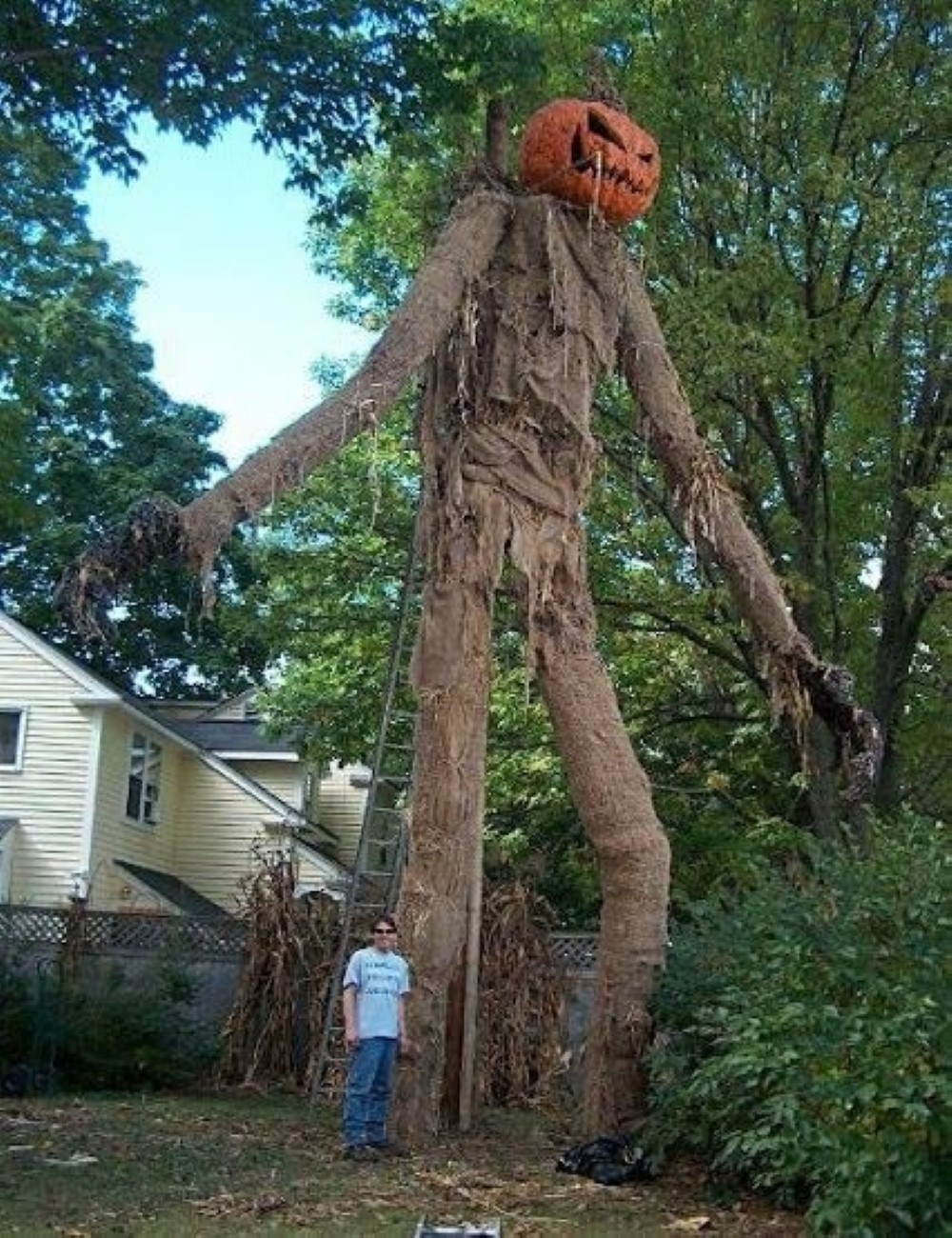 Perhaps a charming graveyard scene is more your style. 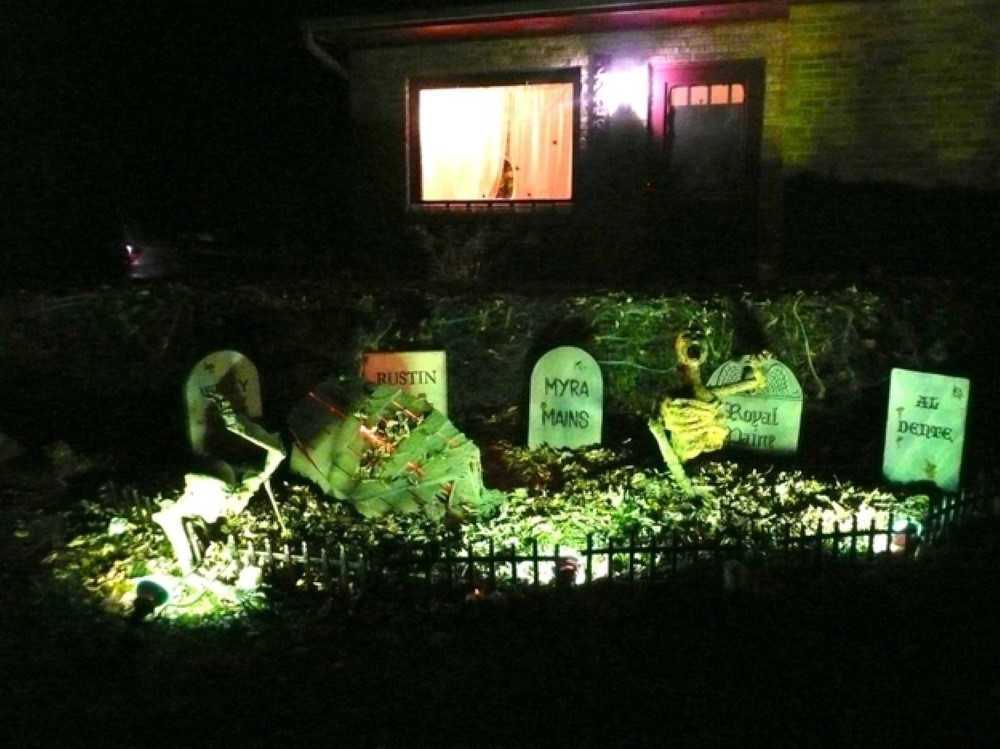 Or maybe you’re mentally ill and like the idea of giant spiders scaling your house. 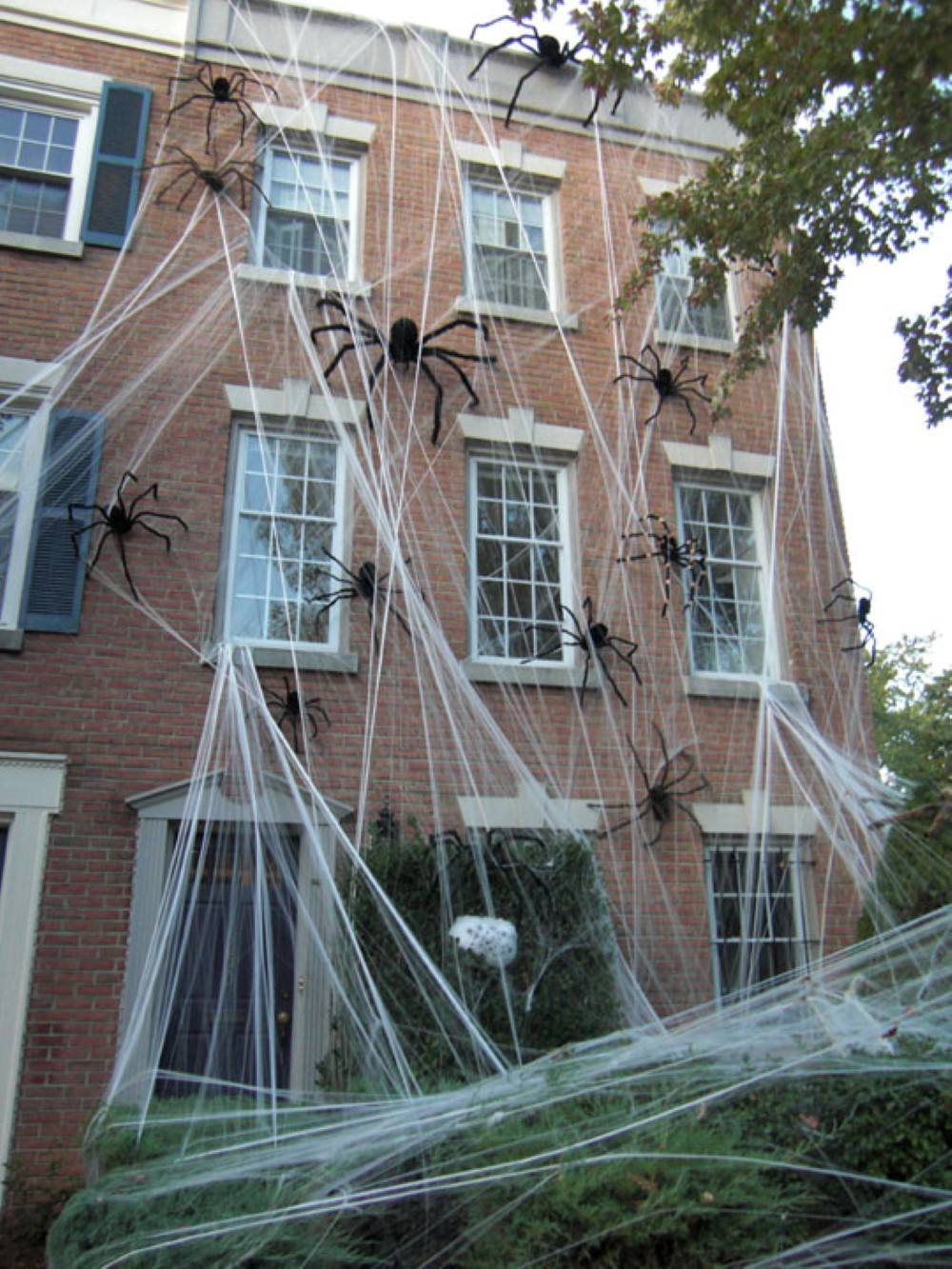 Either someone’s staged a scene from The Walking Dead at their party or that punch was spiked. 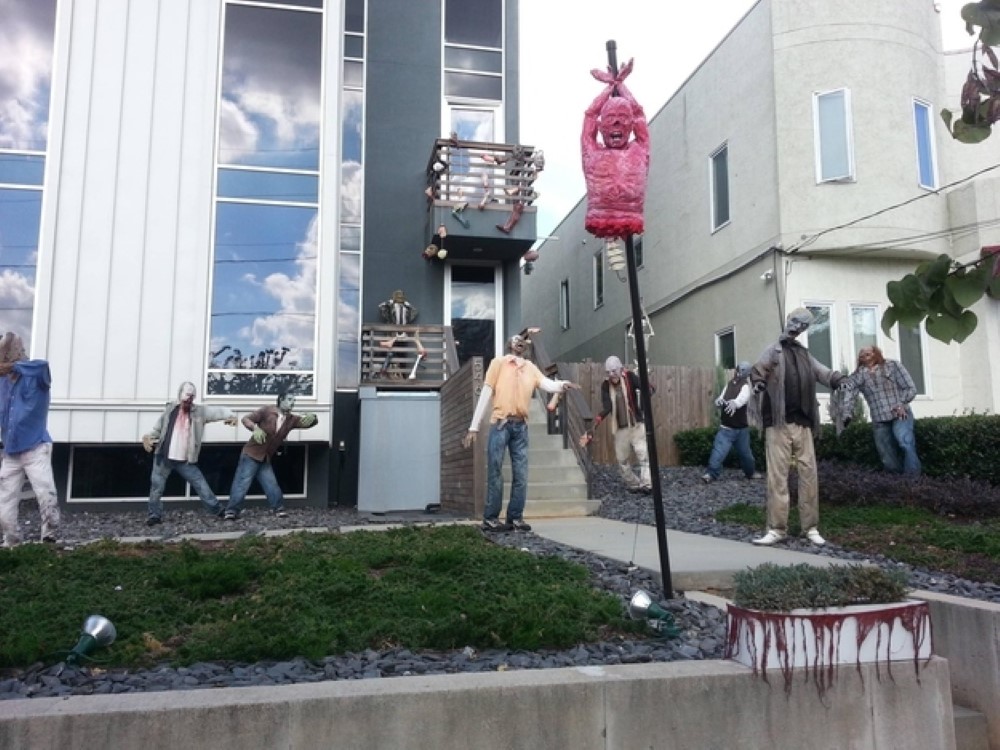 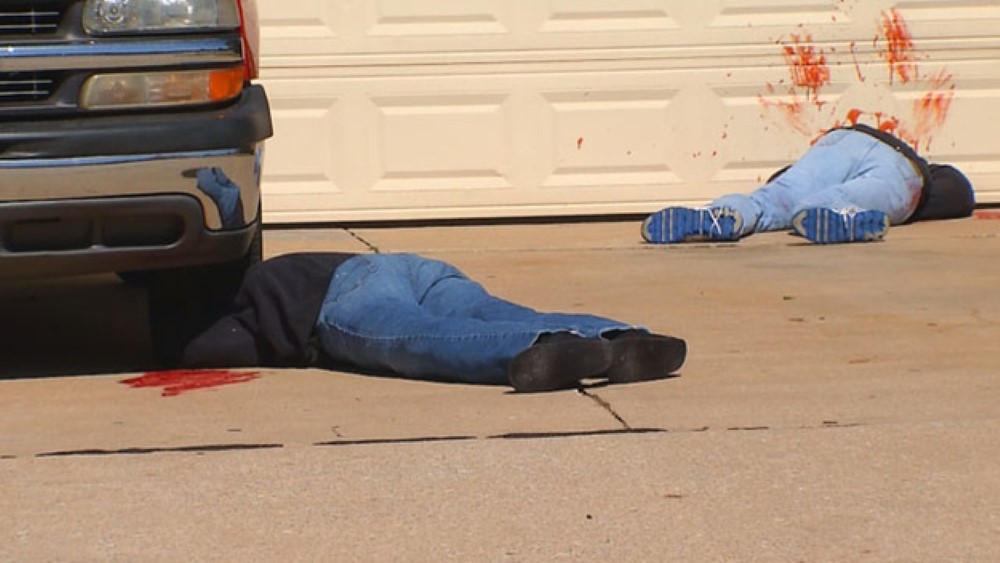 The Simpsons Halloween specials. These decorations are a cool idea. But you can probably expect a call from Fox’s lawyers. 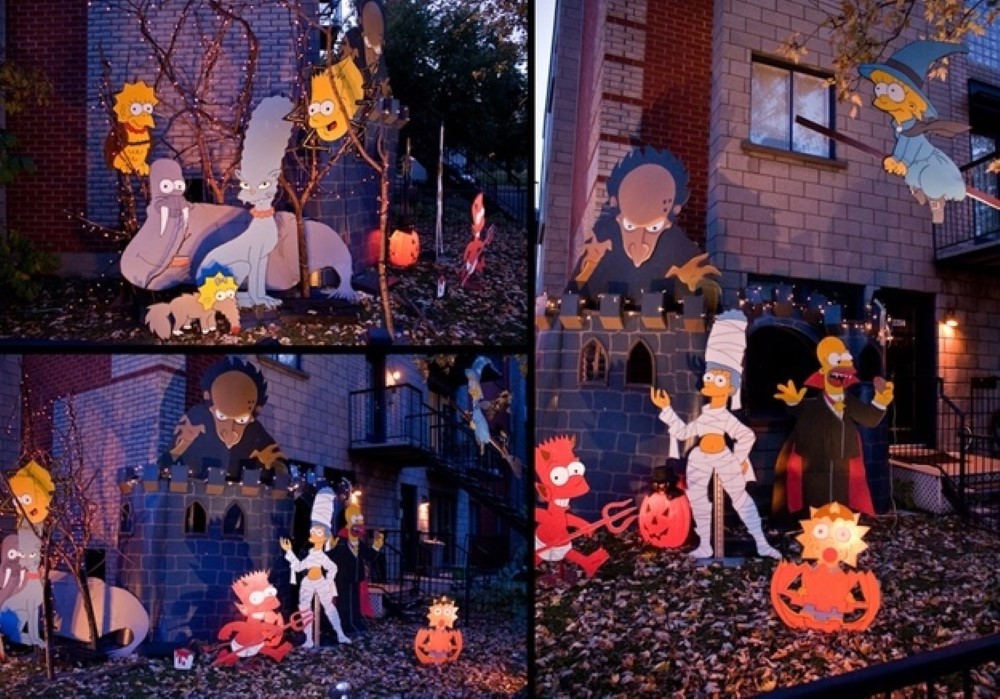 This one’s a real box ticker. 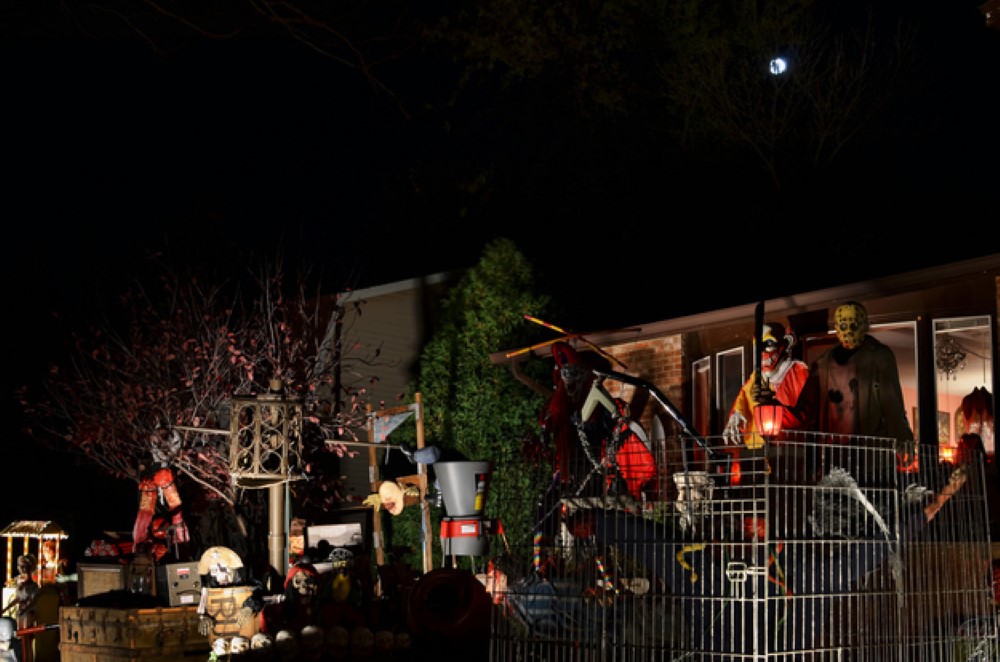 Maybe you can get the same ‘Buy One Get 24 Free’ deal that these people got. 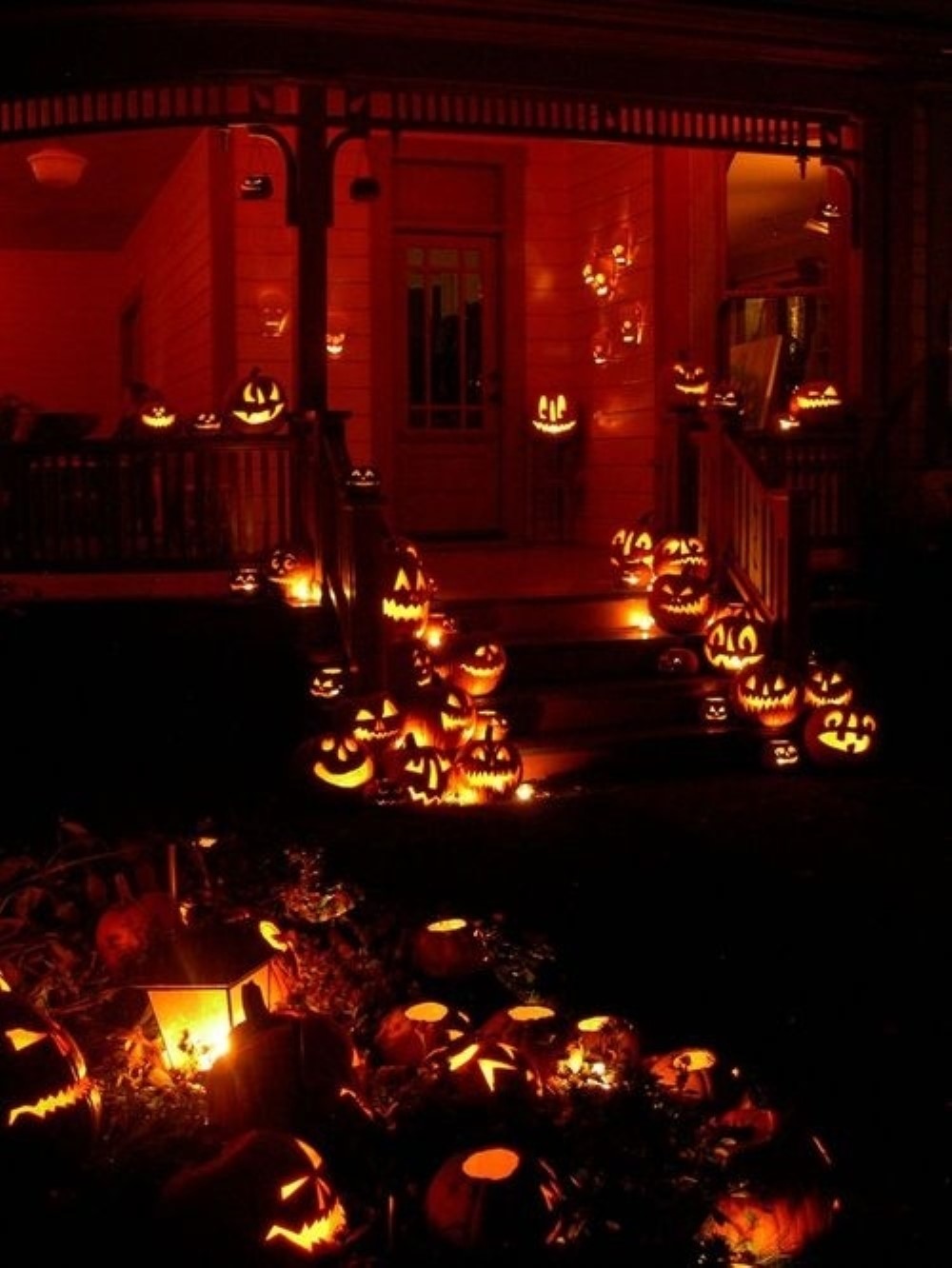 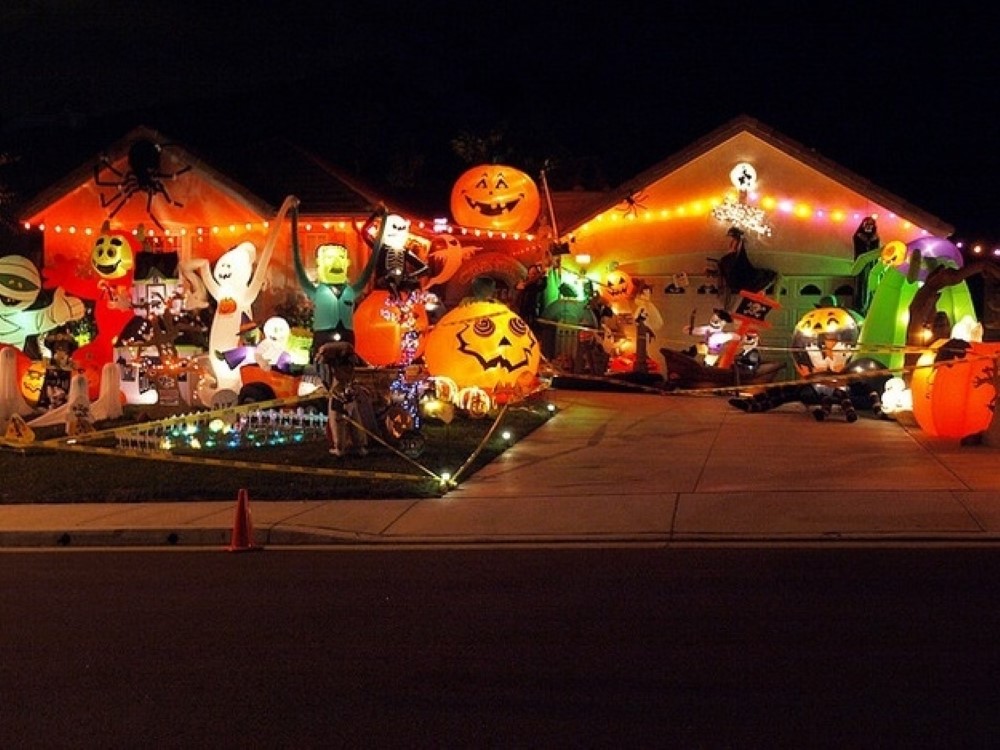 Let’s be honest, you’re not going to make this much effort, are you? 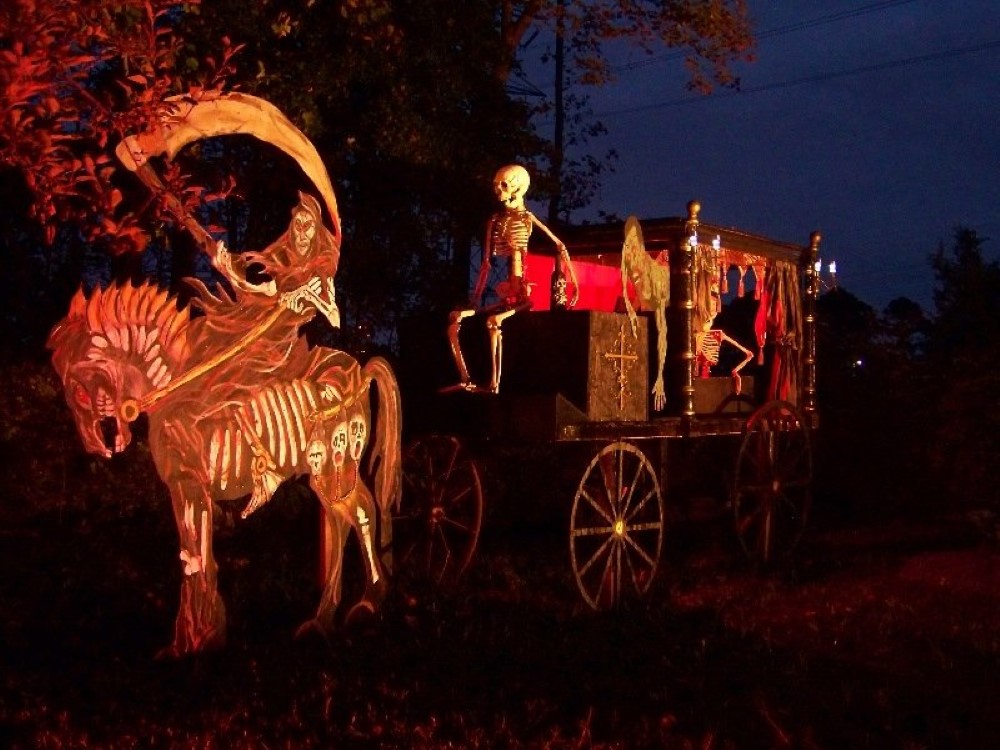 You could make this much effort, though. It doesn’t get a lot more frightening than this. 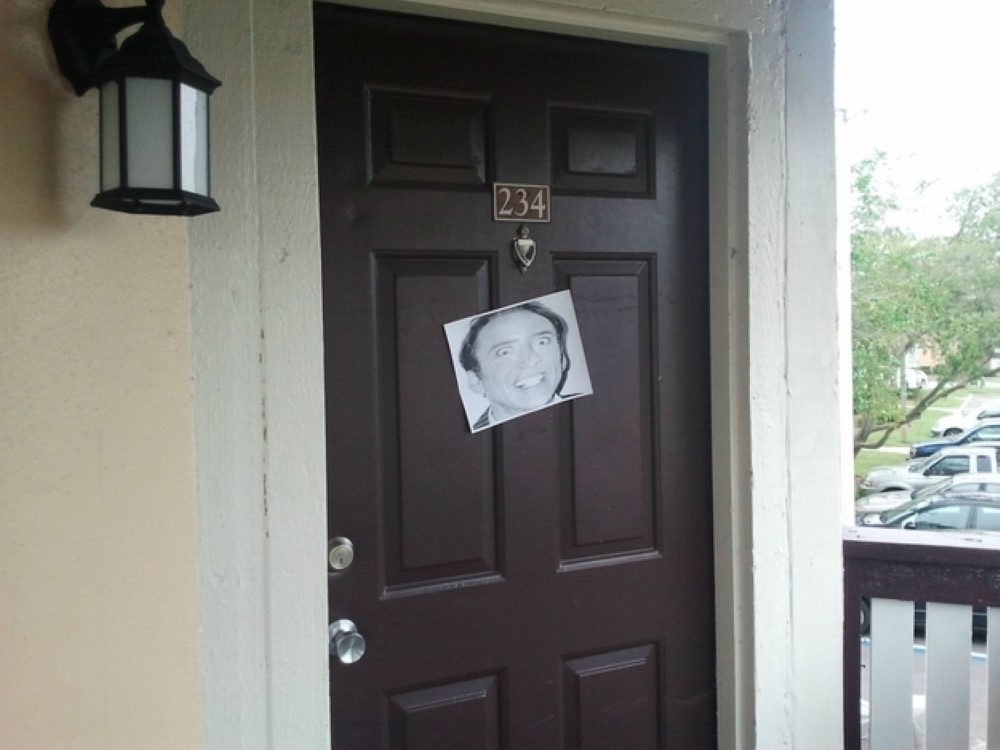 So what are you waiting for?! Oh, right – yeah. Halloween. Sorry.