Nicole and Paris Graham were taking their horses out for a ride on the beach in Gleelong, Australia. The ground was wet and soft, but it was okay. Until suddenly… It gave way. Nicole thought fast and was able to pull her daughter and her horse out of the sludge. But when she returned to her own nag – it was stuck fast. The more Astro struggled, the worse things got. The situation wasn’t looking good…

Her first thought was to keep Astro’s head above the mud so she could keep him breathing. 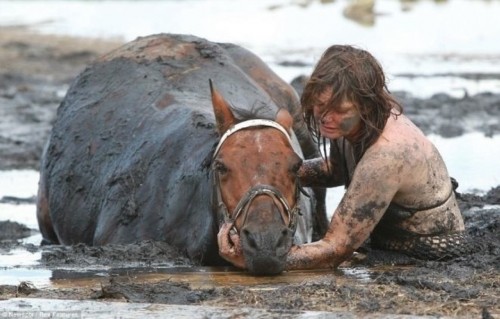 Next, it was all about keeping him calm and still so that he didn’t thrash about and further slip into the wet sand. 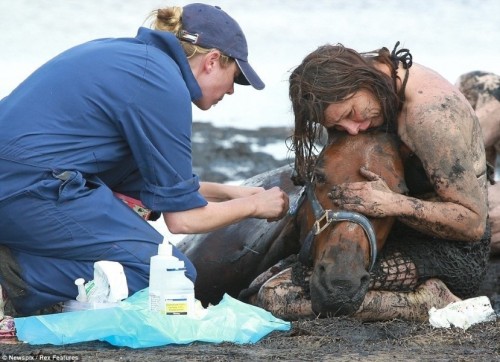 When help arrived, sedation was employed to make doubly sure that 18 year-old Astro would keep from getting himself in any more trouble. 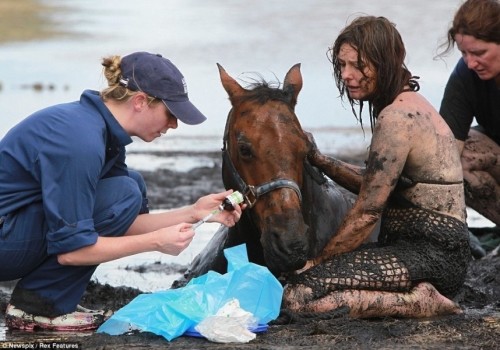 The cavalry then tried to dig the horse out, while Nicole watched on in horror. 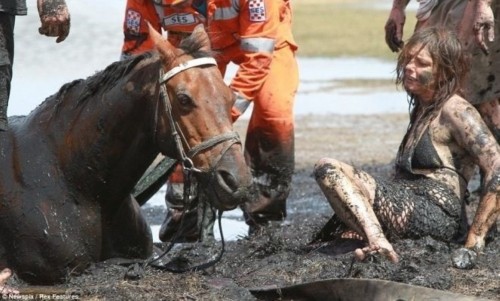 But their efforts just made it worse. And to compound everyone’s misery, the tide was coming in. Things looked bleak. 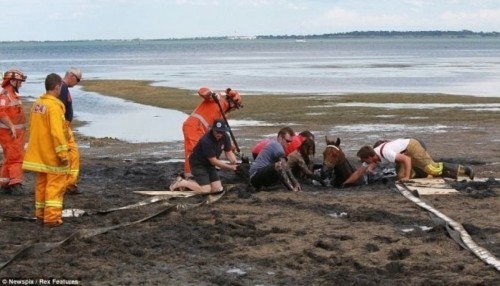 Soon, though – a local farmer arrived. And he brought his tractor. They were going to try and pull Astro out while they still had a chance. 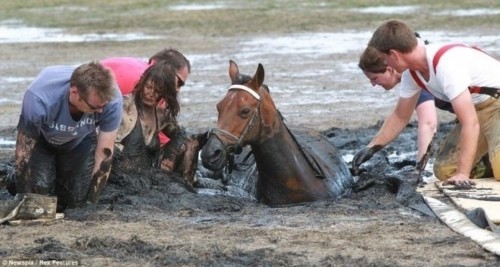 With just minutes before the tide was sue to gobble up the patch in which Astro was caught, success! 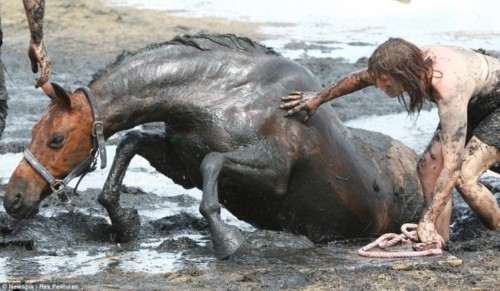 WOW. Man, that was close… 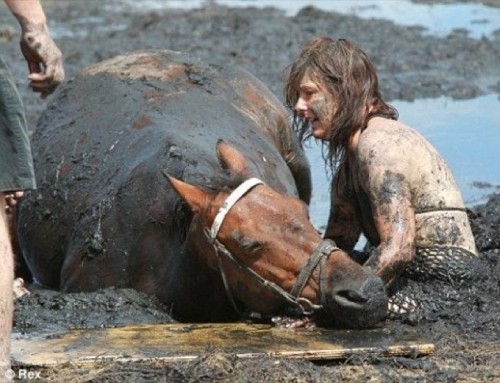 Luckily, and after everyone’s hard work, Astro was out and is now back on dry ground! 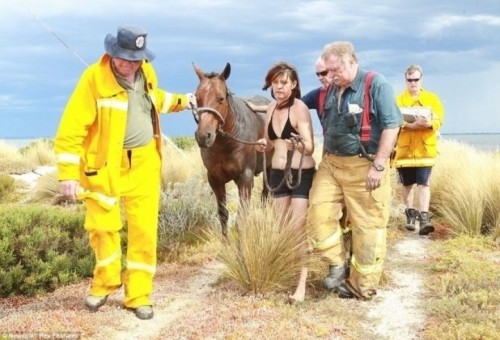 A close call, though!