Philadelphia University Industrial Design student Jackson Gordon has come up with his own version of the Batsuit that even Dr. Lucius Fox at Wayne Enterprises would be proud of. He raised funds to make the suit on Kickstarter and has just completed the project. The results are quite spectacular too. After all, how else can you withstand dozens of punches and even a KNIFE to the chest and come away unscached?!

The finished helmet weighs in at around three pounds, while the suit itself comes in at about 25 pounds.“It sounds like a lot, and when you have it in a bag over your shoulder it weighs a ton, but when you are actually wearing it, you barely feel it,” says Gordon. He also says that one of his major priorities was ensuring that the suit was comfortable and easy to move around in. “If this were to inhibit my movement, it would be completely useless.” 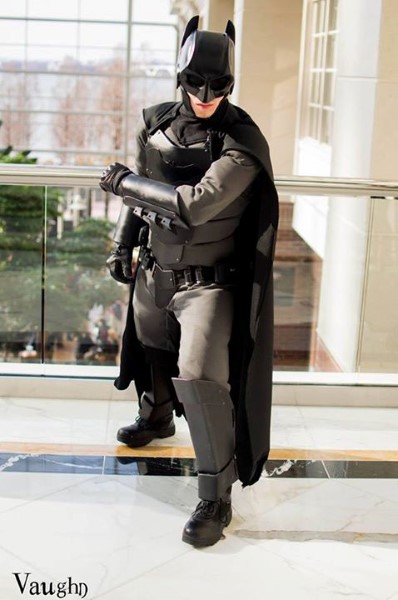 We know what you want… You wanna see this bad boy in action, don’t you? Course you do! So here it is:

Here’s the finished version. Looks pretty much perfect to us… Top work, Jackson!

Did you know?
Recent research from a finance company estimated that were it real, the Batsuit as Bruce Wayne has it modified would cost well over a million dollars!