Deception Island, Antarctica. Incredible footage posted online by someone using Google Earth appears to show a legendary sea monster lurking in the deep. The thought-to-be mythical ‘kraken‘ has been discussed for centuries as being a rare giant squid which has been responsible for shipwrecks, but none have ever been found.

The YouTube user who posted the intriguing video – someone called Wowforreeal – writes this: “No idea what this is but it’s circulating a few places right now and when I saw it, it IMMEDIATELY made me think of a Plesiosaur fin.”

Plesiosaurs are extinct now. But they were marine reptiles which were very common during the Jurassic Period. They died out 66 million years ago. So is it a kraken? A dinosaur? A large squid? Or something else…? 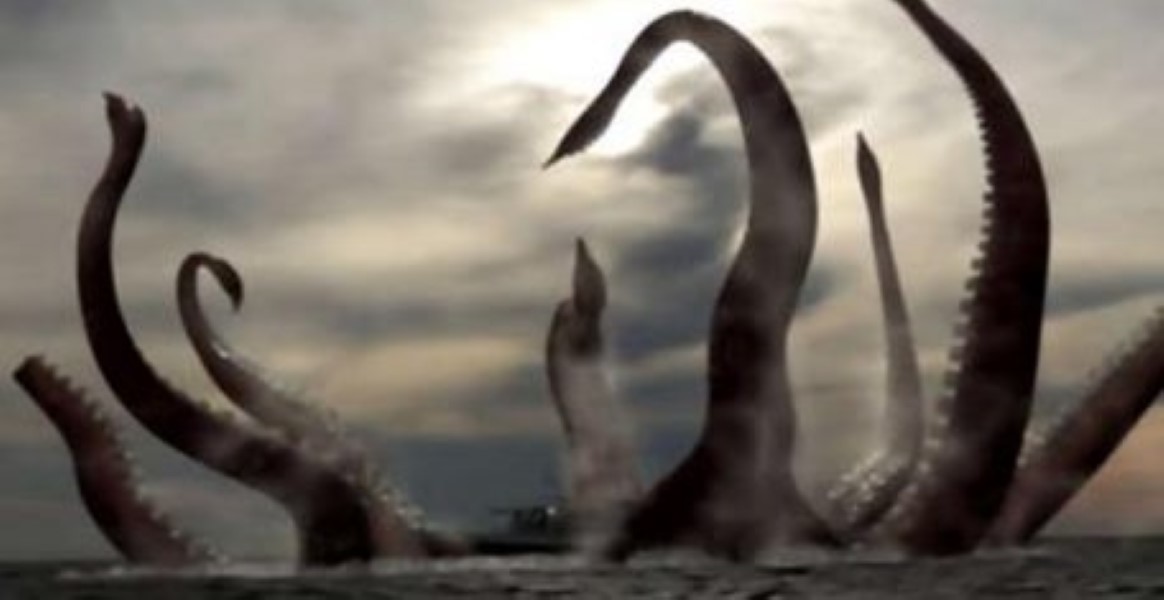 Not convinced? Then check out the video for yourself and see what you make it all…