Hiding in the roof of a house in western India was a scared leopard ready to launch an attack on residents.

In this video filmed by one of the terrified residents, we see the big cat appear out of the broken tiles and make a launch for some butt cheeks. 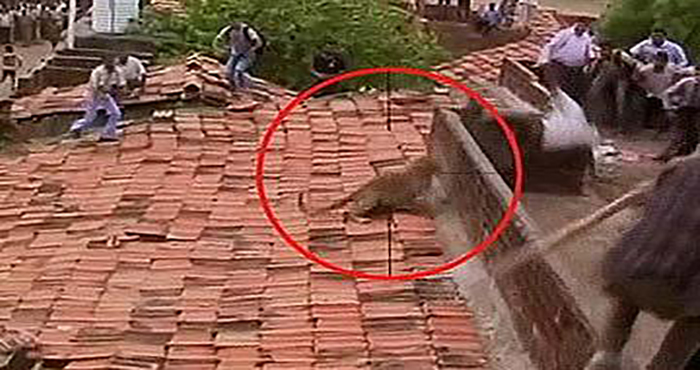 One man tried to make a hasty retreat but he was no match for the speed of the leopard. Just as he thought he was going to make it over that wall, he had a nice set of teeth sunk into his buns.

The animal was eventually caught by India’s Forestry Department after chewing on a few more villagers and is planned to be released back into the wild very shortly. Even though a few people were bitten by the leopard, there were no reported serious injuries.