Lions. They’re supposed to be the kings of the jungle, aren’t they? Well, that title might be on its way to the buffalo now after pictures emerged of a cowardly Wizard of Oz-style lion having to flee from an angry herd of buffalo. The amazing shots were taken in the world famous Maasai Mara in Kenya.

The lion appeared to be sniffing around because a newborn buffalo calf had just been born and would have made for an easy lunch. But the herd weren’t prepared to let that happen… 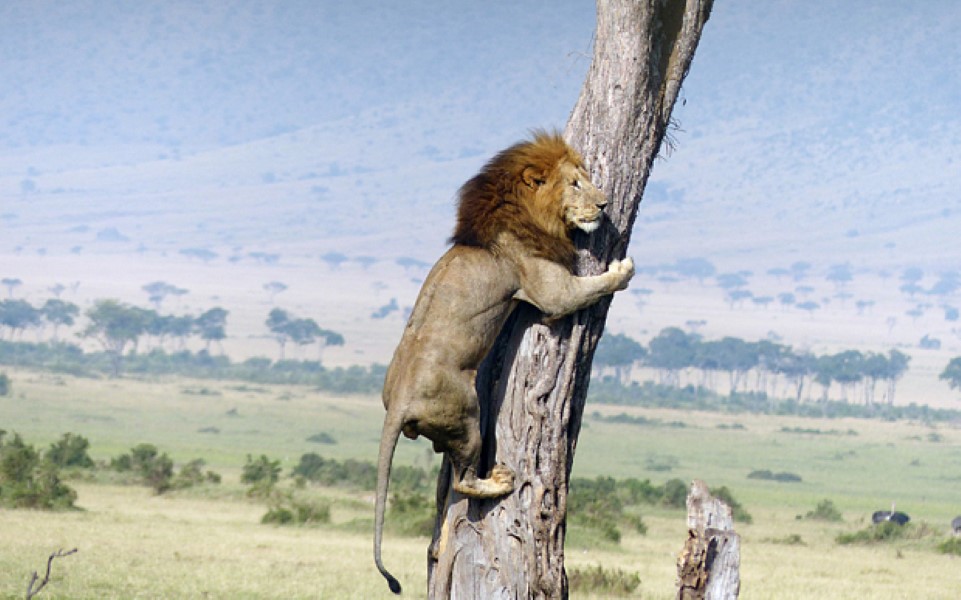 One on one, a lion’s going to win any buffalo fight, but teamed up? They’re more than a match. And they weren’t happy to just leave the lion up the tree once it got there. They waited until it fell. After which, the lion very quickly retreated… 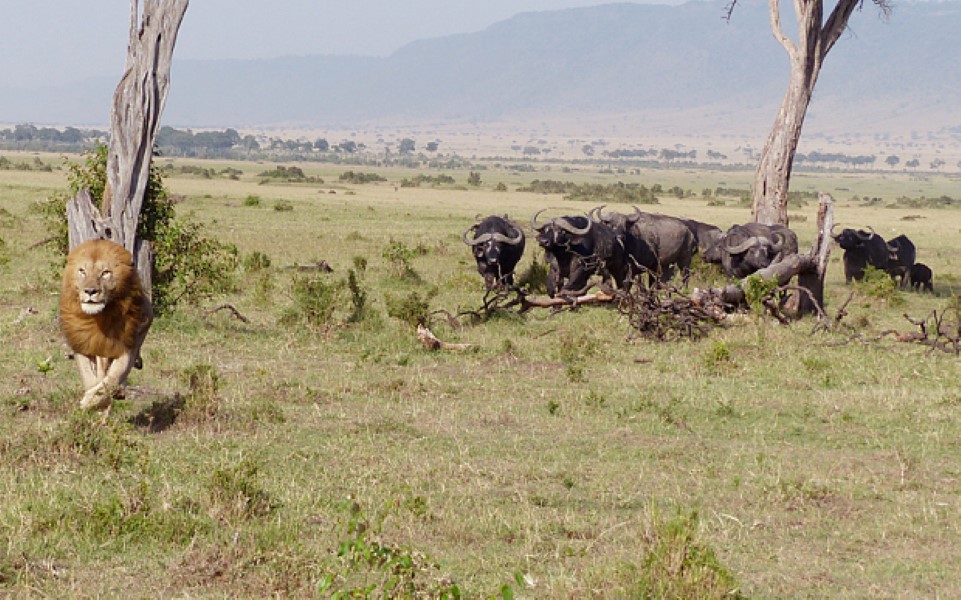 The man who took the photographs, Mr Comyn, said of what he saw: “All of a sudden, literally out of nowhere, a male lion sprang out from his hiding place hightailing for a nearby tree with the buffalo now starting to give chase.

“It didn’t take long before the lion had scrambled up the tree, fearing for its life.

“The marauding buffalo circled below, smelling the lion. They were not going to let it get away.” 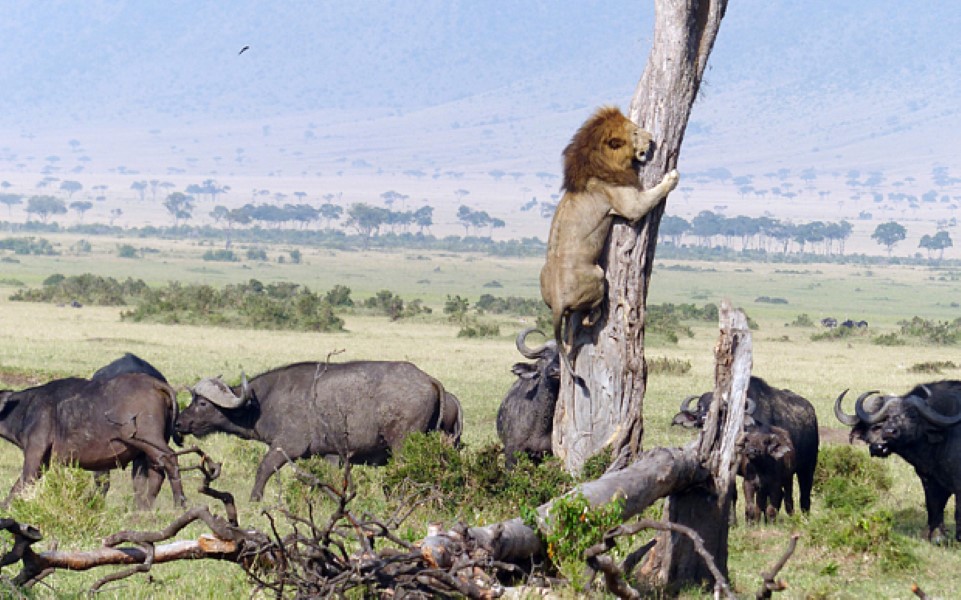