Ever wondered how many water-filled balloons it would take to stop a .44 Magnum bullet?

Well wonder no more! In this amazing video, Tim Shaw pays a visit to his local party store to buy some ‘bulletproof balloons’.

Yeah, you read that right – bulletproof balloons! We wouldn’t be surprised if he went on to buy a chocolate coffee pot and a book of fireproof matches!

But joking aside, this is an interesting experiment. The Smith & Wesson Magnum is one of the most powerful hand guns in the world. Surely a slug fired from such a mighty weapon would brush aside a row of ten water-filled balloons? After all, they’re only balloons.

Why not take a guess how many it’ll take as you watch this incredible footage. The big guy in the clip thinks the bullet won’t be stopped by any of the balloons. But is he right?

So did you guess right? Before we saw the video, we guessed five. How wrong were we?

Just imagine if the bad guys had this information back in the days when Dirty Harry was pounding the San Francisco beat! 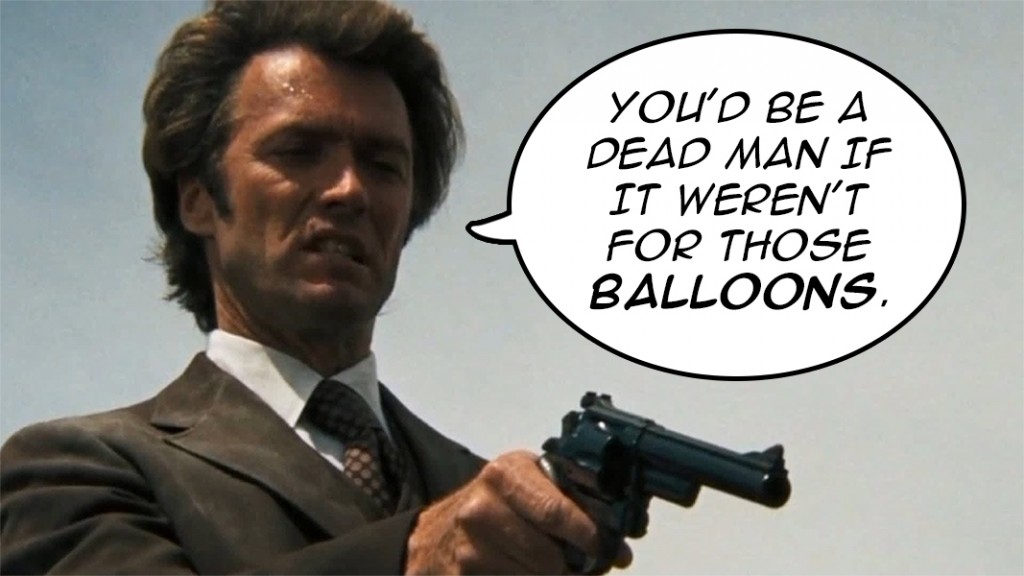