The Tuesday before Christmas. Around 6.20pm. A Memphis woman innocently answers a knock at her door. She couldn’t have been more shocked when she was confronted with what was on the other side of that door. Career criminal Nico Carlisle stepped into the doorway and held a gun up to the petrified woman’s neck. He had the upper hand, as he forced his way into her home, scouting her residence.

Only the woman had retrieved her handgun before answering and held it close by her side. He hadn’t seen it… 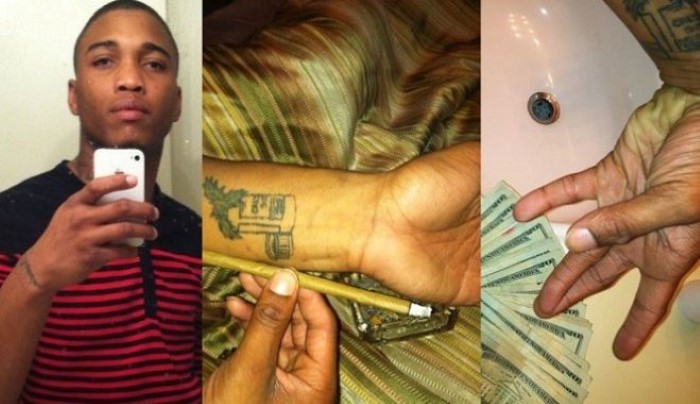 Recent pictures uploaded by Carlisle to a social media account show him bragging about money he made illegally.

But just as he was passing through the threshold of the woman’s home, she sprang out her pistol and shot Carlisle multiple times in self defense. When police responded to her call, they found the would-be burglar face down with bullet wounds, dead. Nico Carlisle was known in the community as a repeat offender and home invader.

No charges have been filed against the woman, who has remained anonymous.