The Urmans have been season ticket holders for their favorite ice hockey team, the Arizona Coyotes, since way back in 1996. To reward their loyalty to the team, they were asked to take part in the traditional ceremonial ‘puck drop’ for a recent Coyotes game against the visiting Anaheim Ducks from California. They were, obviously, only too pleased to take part. It was a pleasure and a privilege.

But a special guest who was there to help out made the night one that the Urmen family would never, ever forget. Their beloved son Dan had flown back from Afghanistan and was ready to surprise them both (and tackle his old man onto the ice!). This is really quite beautiful moment for a loving family. Watch this, it’ll melt your heart!

It’s not all great news, though – the Coyotes went on to lose the game two to one… Boo! 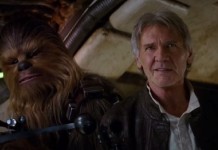 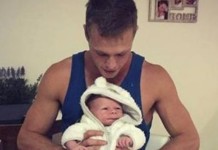 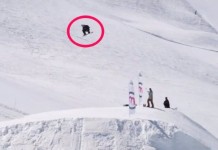