Amanda Bacon, 28, and her fiancé Ken sit down for a photograph with daughter Kaelyn and her brand new little brother, baby Pierson. There’s nothing out of the ordinary here. It’s a regular thing for new parents to do. 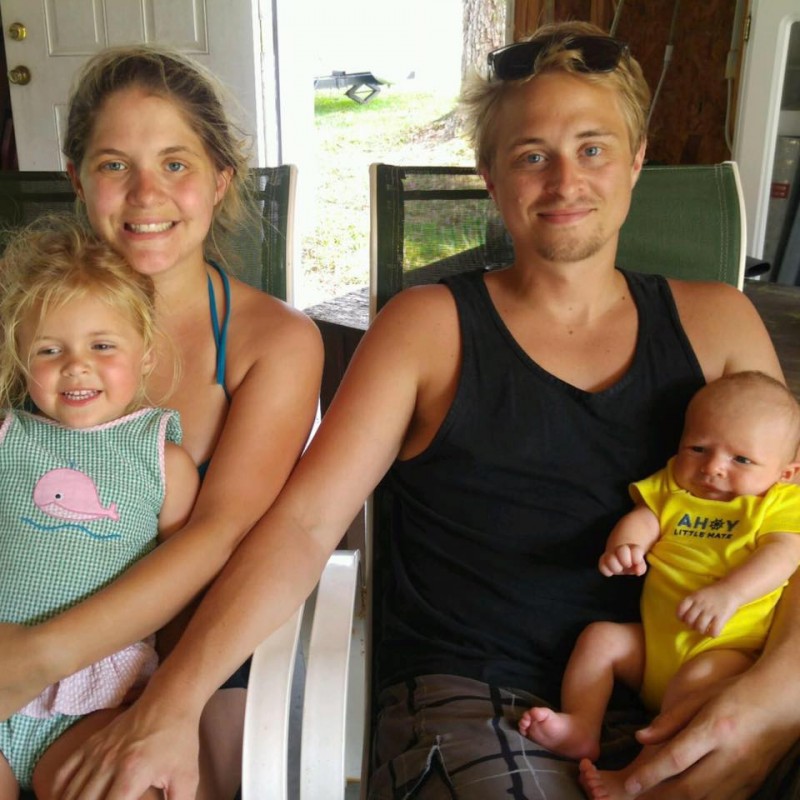 But Amanda and Ken were keen to not just present the cosy, palatable side of childbirth. The couple wanted to show the world that it’s not all sweetness and light. So Amanda also shared the following picture on Facebook. 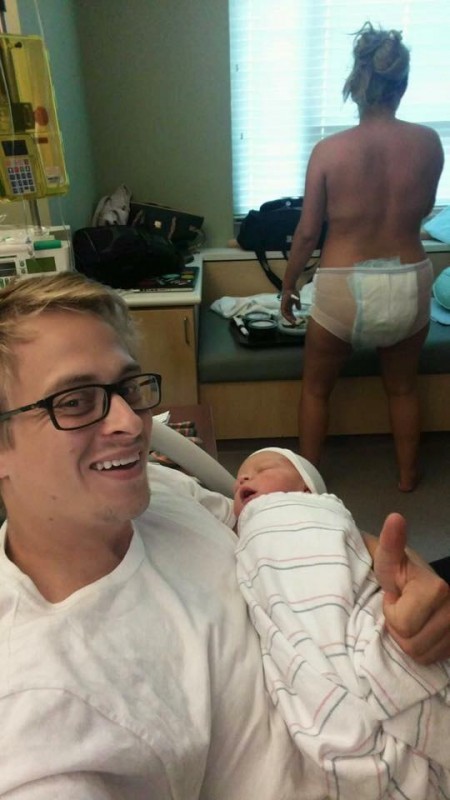 The photo, which received over half a million likes and 120k shares, shows Amanda wearing an “adult diaper.” This was due to her suffering from lochia – heavy bleeding after birth – a common yet rarely spoken about condition. Amanda wanted to normalize all aspects of childbirth – warts and all – rather than just the schmaltzy stuff.

I’m sharing this picture because it’s real. This is motherhood; it’s raw, stunning, messy, and freaking hilarious all rolled into one. Having a baby is a beautiful experience, and the realities of postpartum life aren’t spoken enough about. And definitely not photographed enough. Some people probably find this uncomfortable, but why? I seriously don’t get it! It’s probably because this part isn’t talked about. We all should try and educate, empower and embrace every aspect of childbirth, including moments like this. And do it while having a sense of humor. Nothing says welcome to motherhood like an adorable squishy baby, and a giant mom diaper.

Edit. I posted this picture. Not my husband.”