Lots of teens claim to be embarrassed by their parents, and 16 year old Rain is no exception. When the school bus would pick him up in the morning, his mom and dad would stand on the front porch and wave goodbye to him, something they’d been doing for years. Eventually, the awkward teen eventually decided he found his mom and dad’s affectionate waves embarrassing and told his mom that he never wanted them to wave goodbye to him ever again.

Unfortunately for Rain, his dad decided to treat this demand like a challenge, and decided to show Rain just how embarrassing he could REALLY be…with hilarious results!

Rain’s dad started by dressing up as King Neptune to see his son off to school. 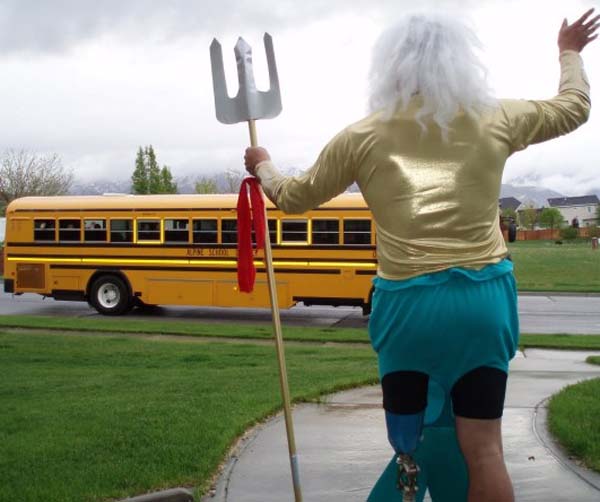 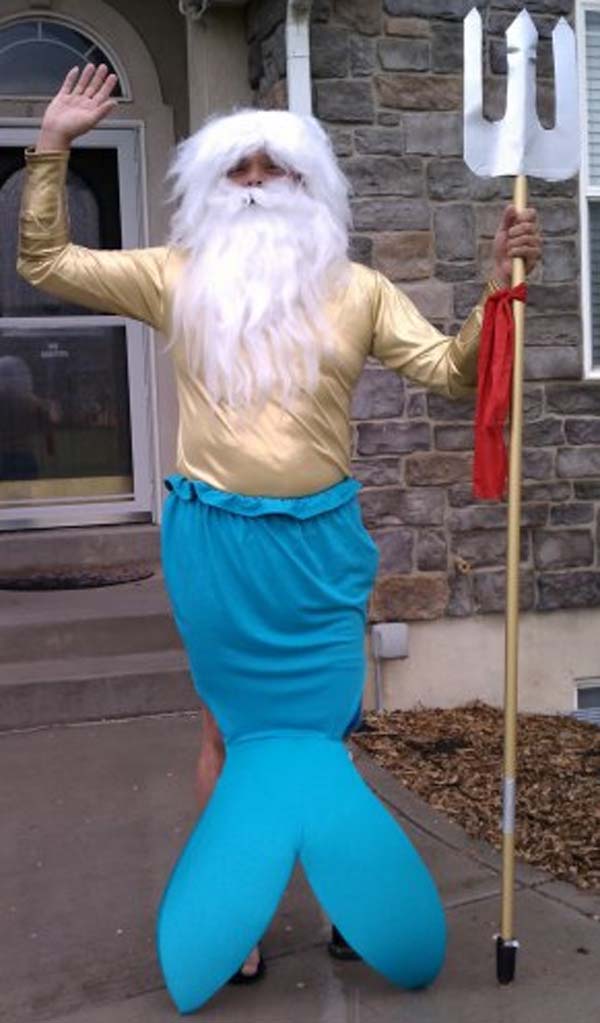 Then followed it up with this truly cringeworthy Little Mermaid outfit! 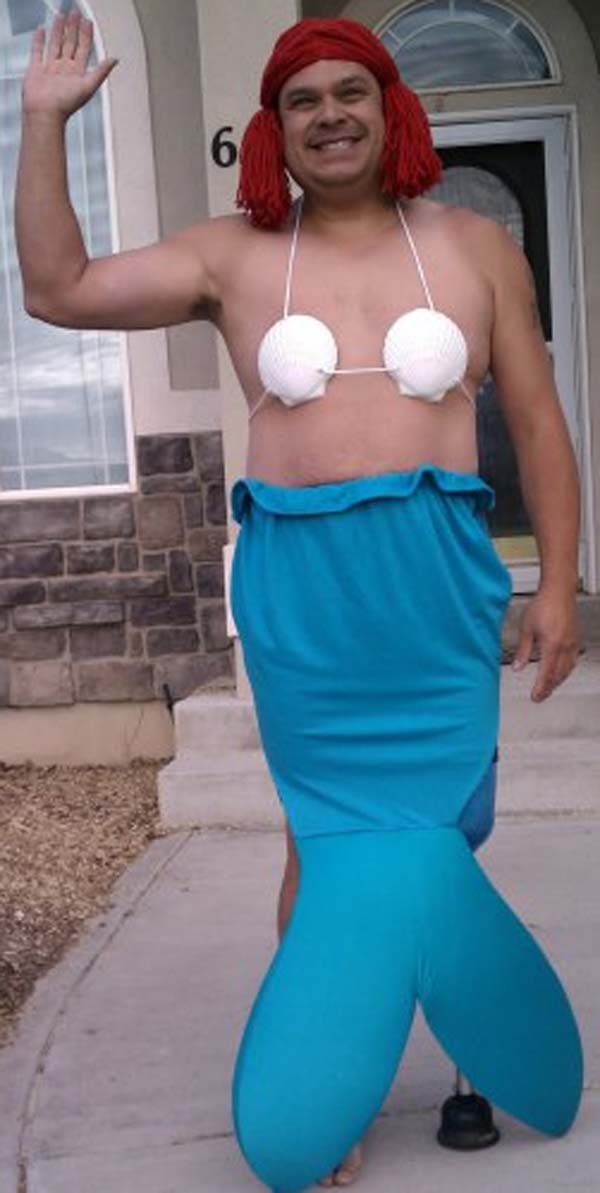 Sticking with the nautical theme, he also decided to dress as a pirate… 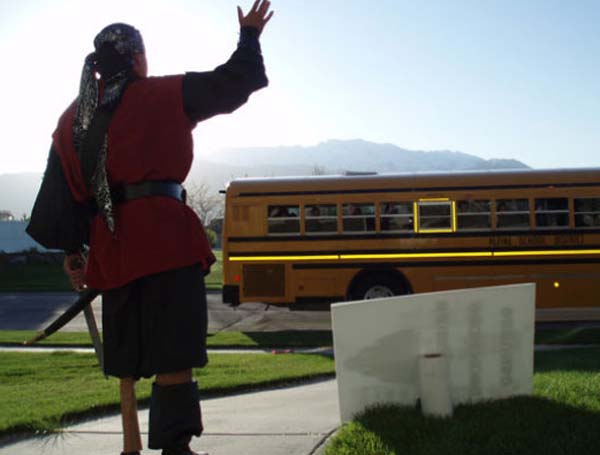 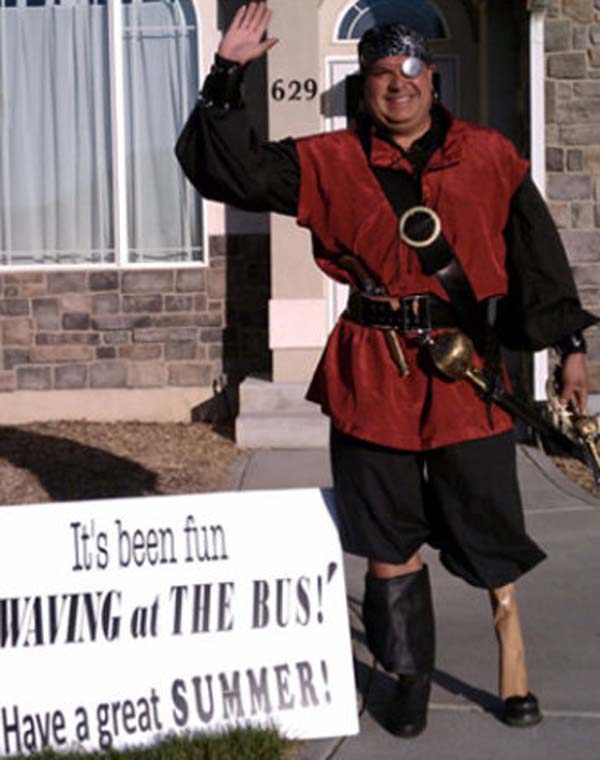 Then added geeky insult to injury by dressing as Princess Leia.

…the Mad Hatter from Alice in Wonderland also made an appearance… 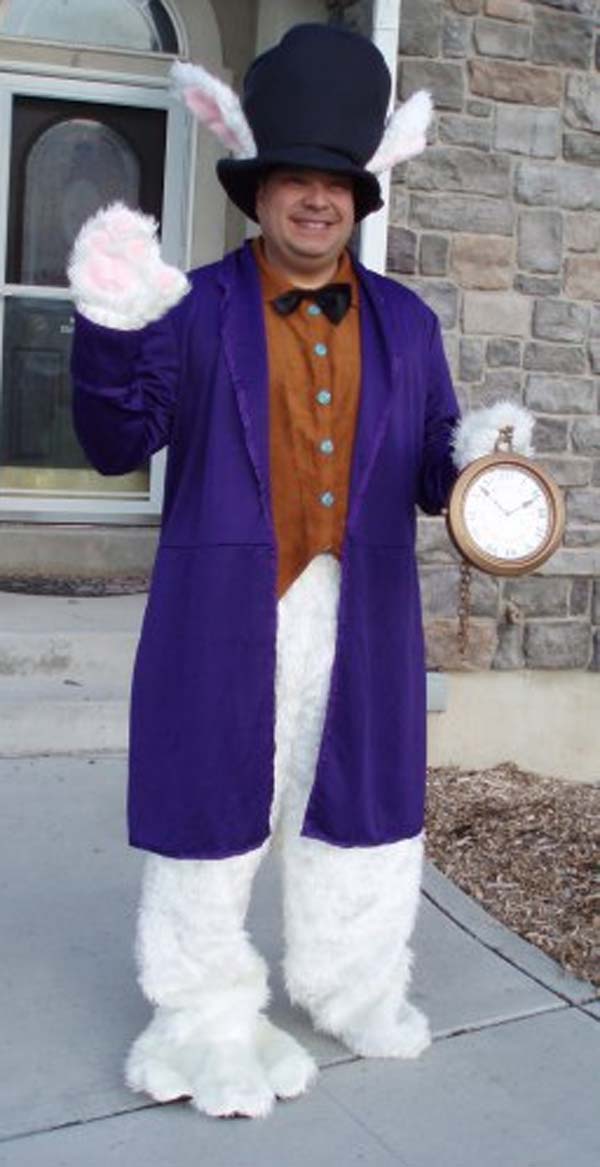 …as did Wonder Woman. 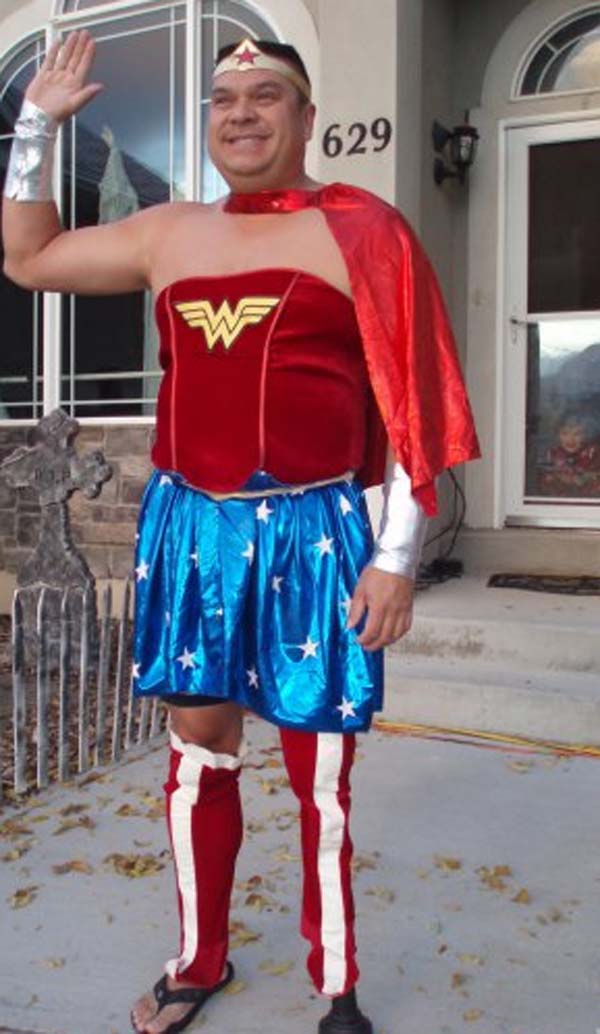 By this point, Rain was cursing the day he decided to tell his dad he was embarrassed. 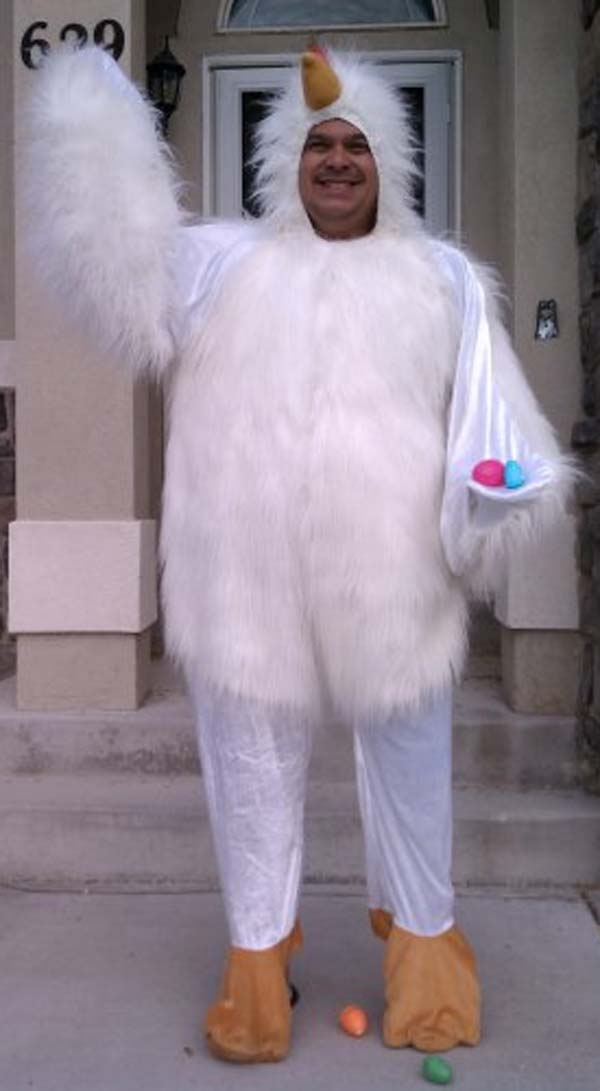 “Why didn’t I just keep my mouth shut? This is mortifying.” 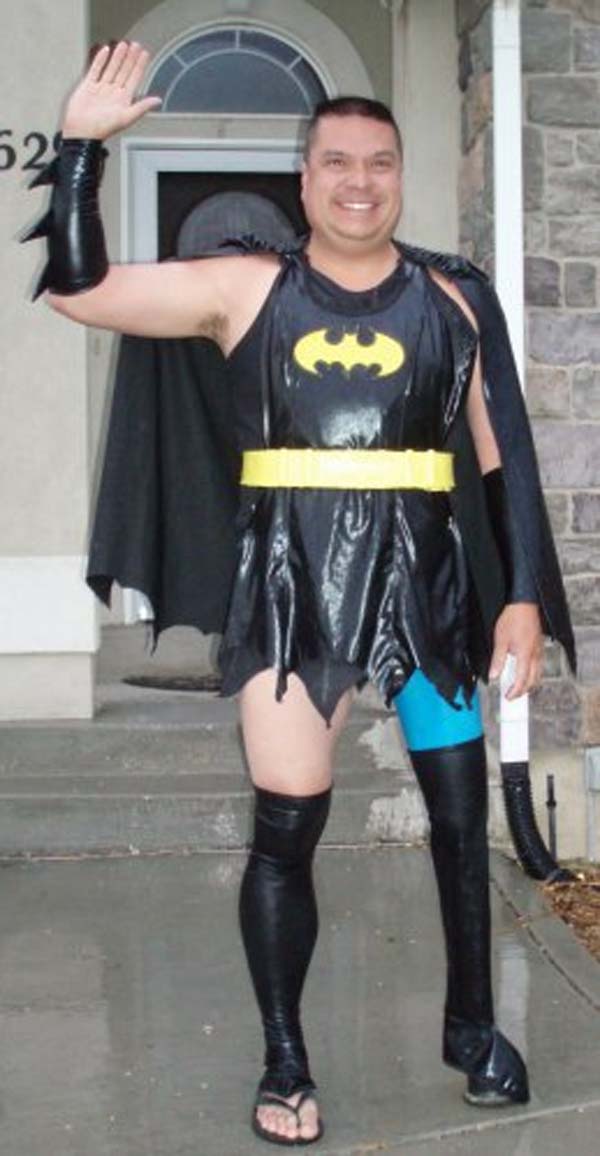 Rain’s dad didn’t just limit himself to funny costumes. He also found time to be scary too! 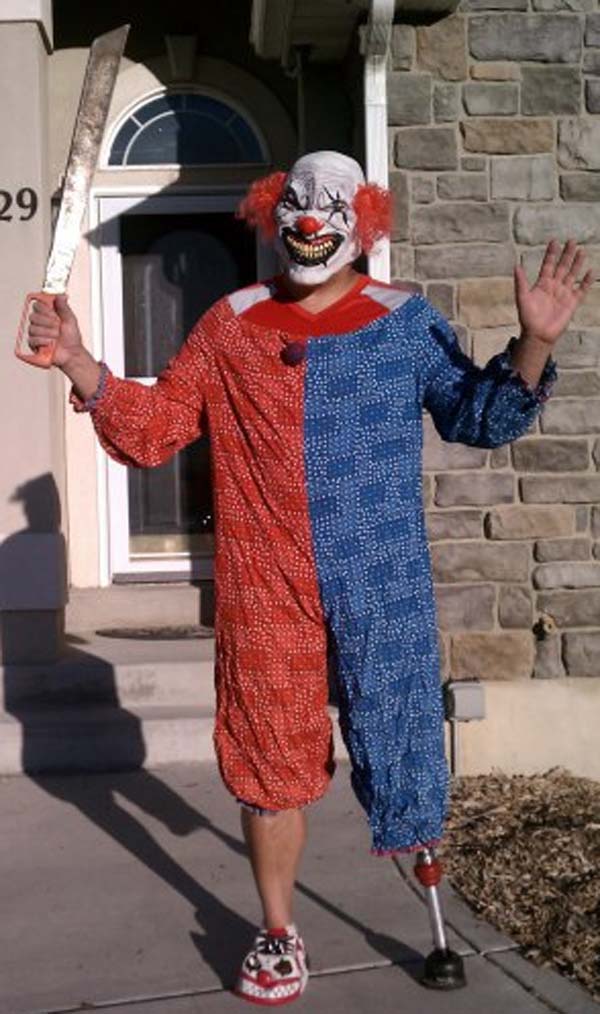 …not to mention historical! Nice toga! 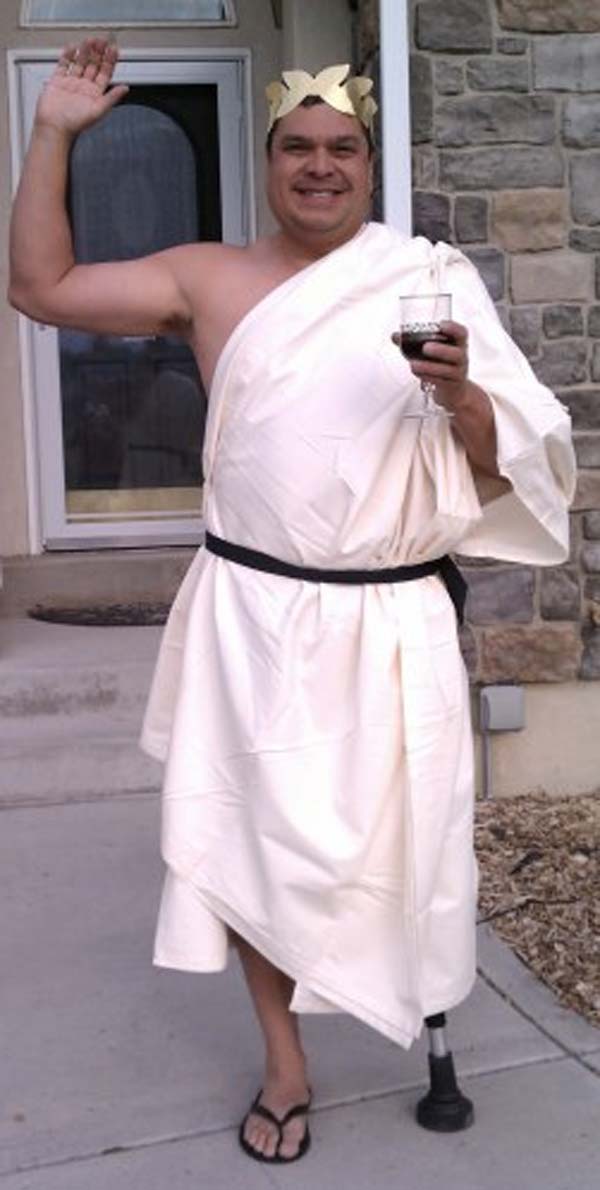 He also found time to rub salt into his son’s wounds by posing with a degree. Will Rain even manage to finish school with this embarrassing sight greeting him every morning? 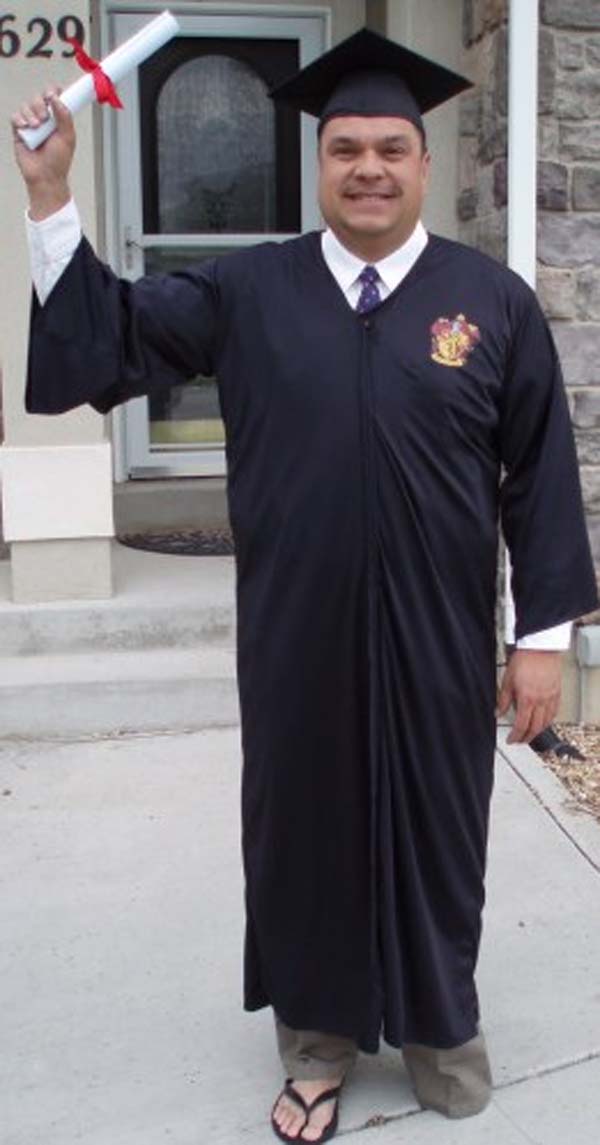 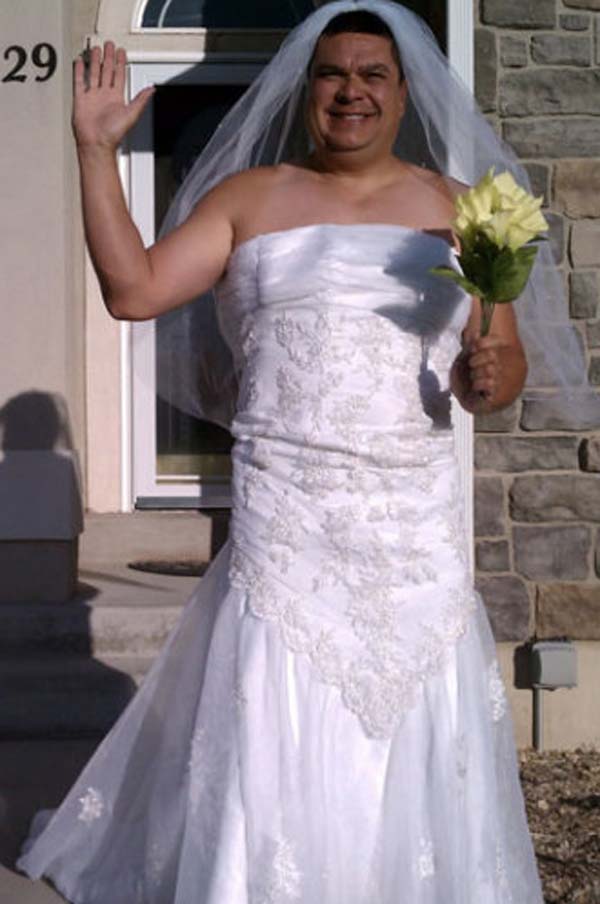 Just when Rain thought it couldn’t get any worse…here’s his dad on the toilet. In public. 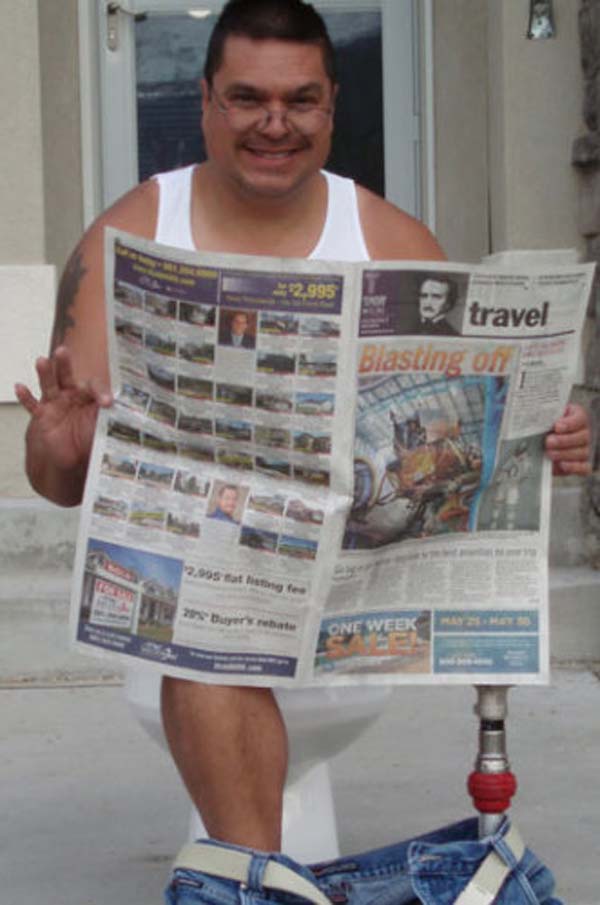 …and if he thought the Princess Leia outfit was geeky, that’s nothing compared to this Star Trek costume! 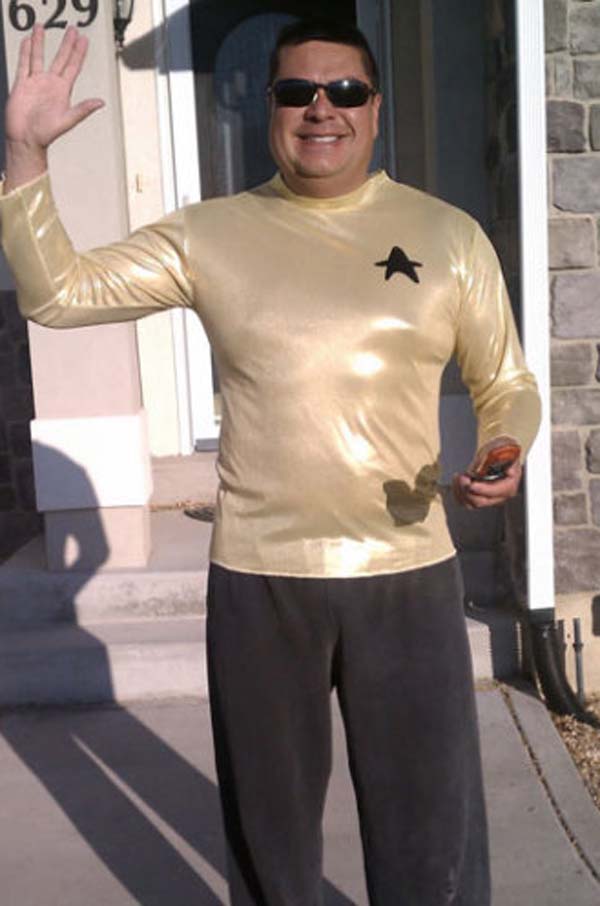 However, it’s clear that Rain’s dad isn’t a trekkie at heart. He soon goes back to Star Wars! 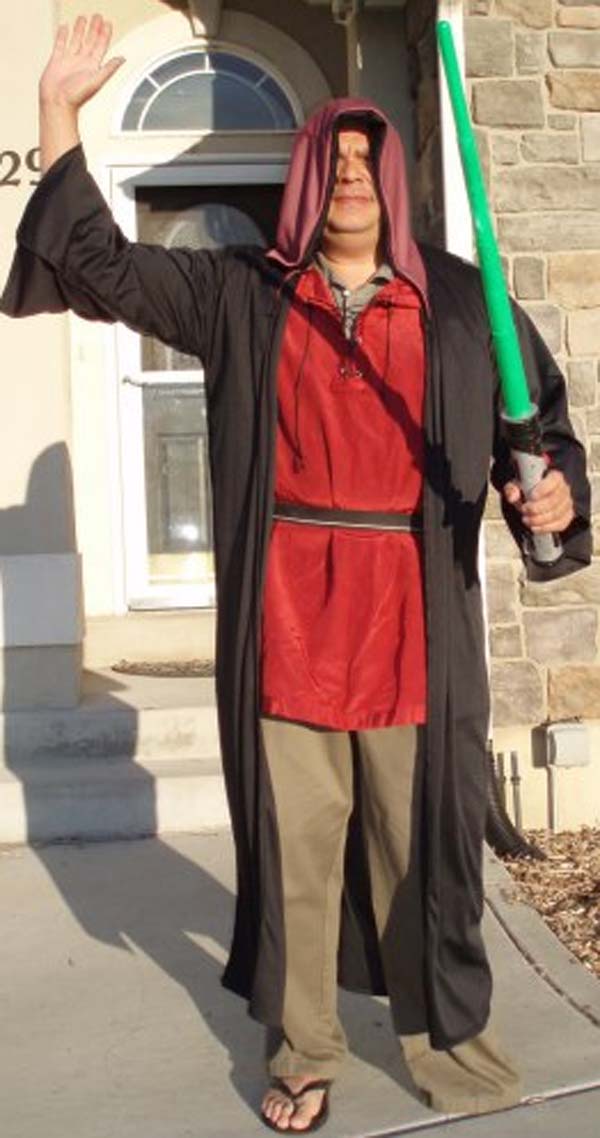 This has to be the most noticeable ninja of all time. 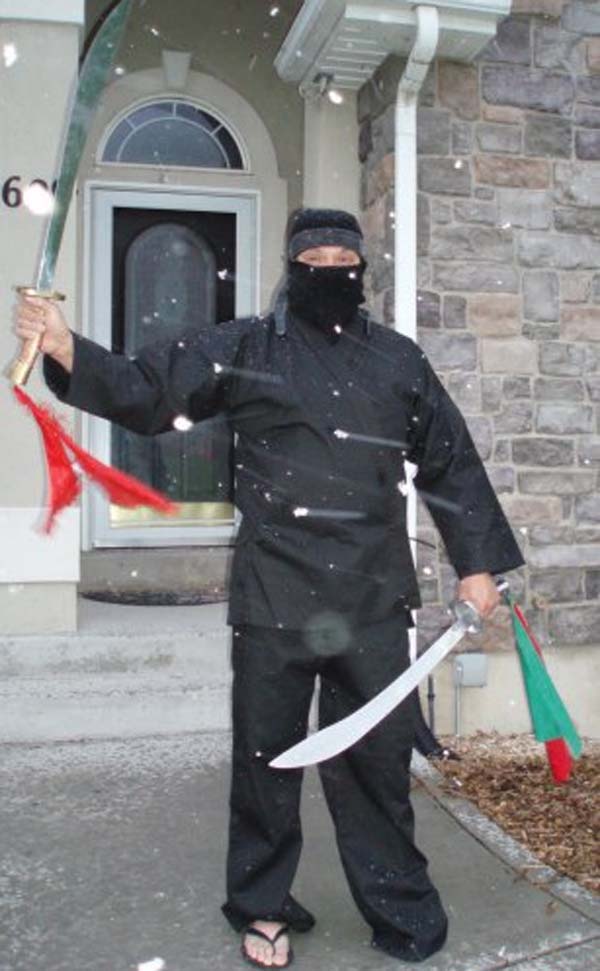 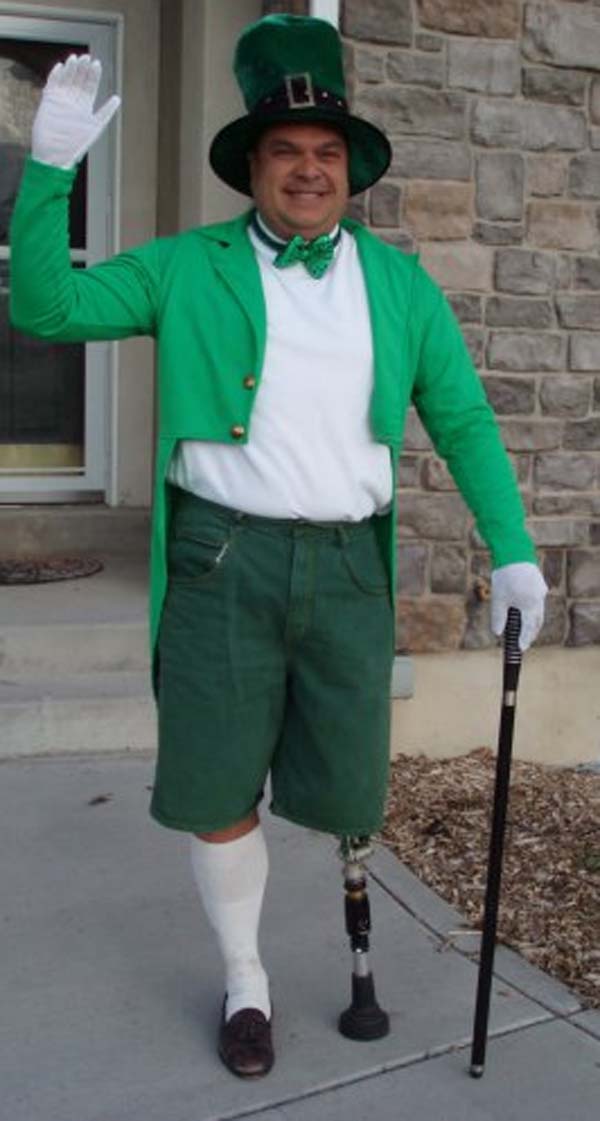 Put your hand up if you wouldn’t let this embarrassing dad operate on you! 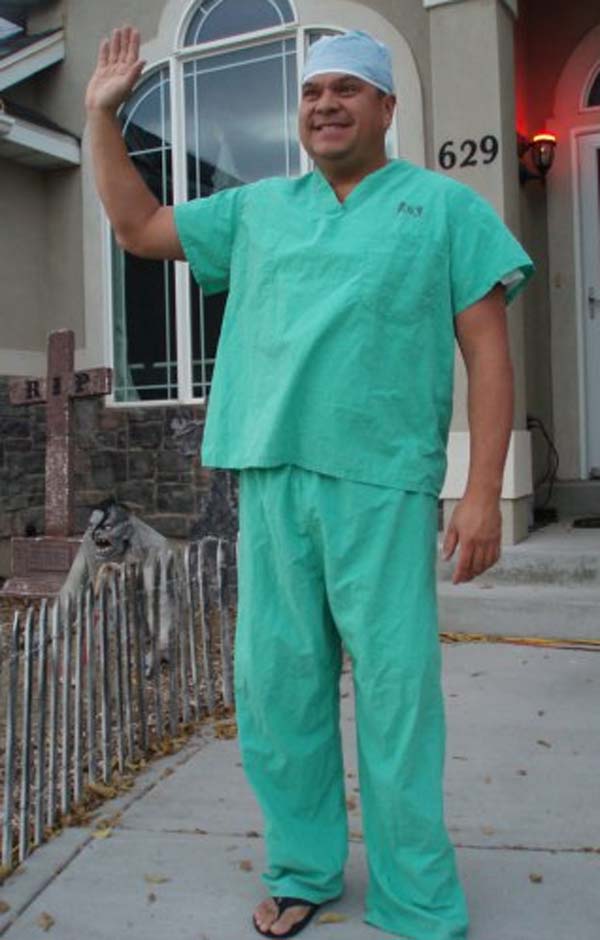 “For my next trick, I will continue to publicly embarrass my ungrateful son!” 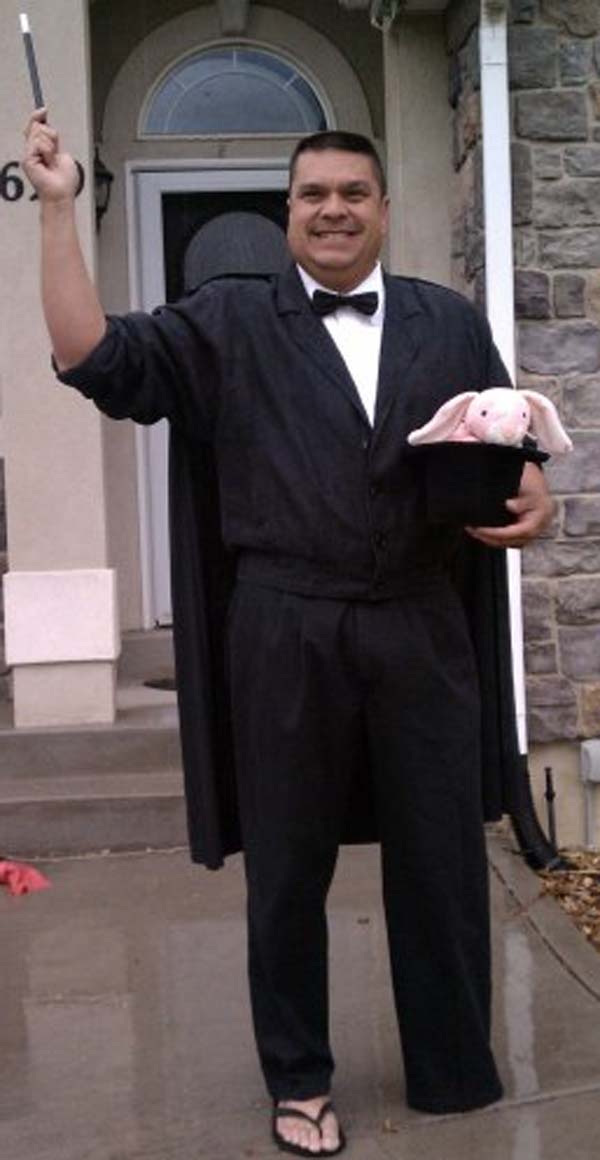 Rain really scored an own goal by telling his dad he embarrassed him. 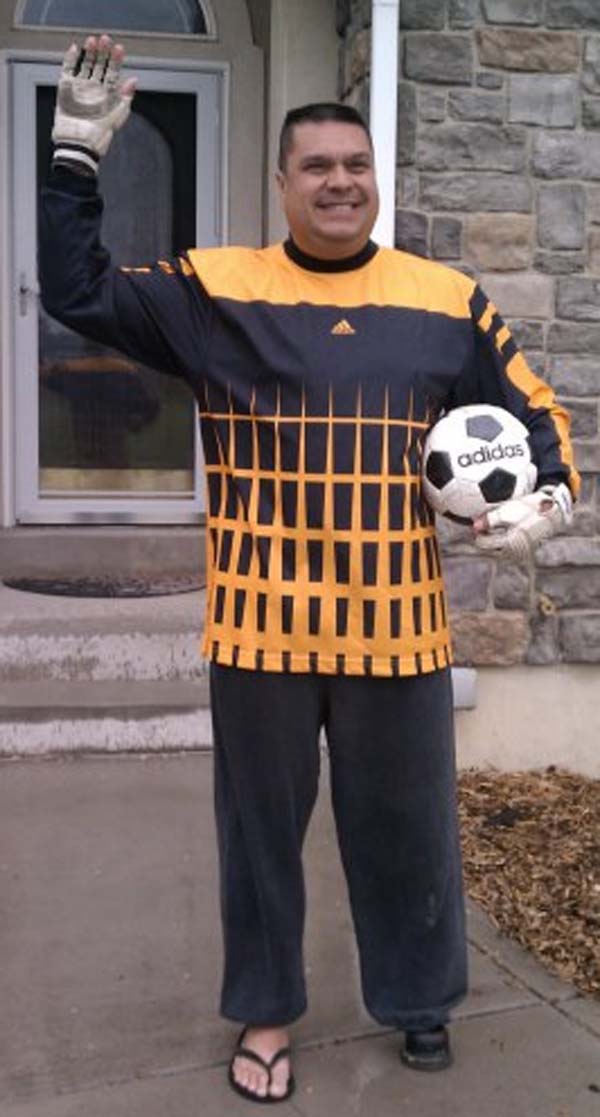 By this point, Rain probably wished he had a magic wand too so that he could make his dad disappear.

Thankfully, Rain saw the funny side and he and his dad are still good friends, though Rain will probably think twice before saying that his parents embarrass him in future.

Remember kids…it could be so much worse! 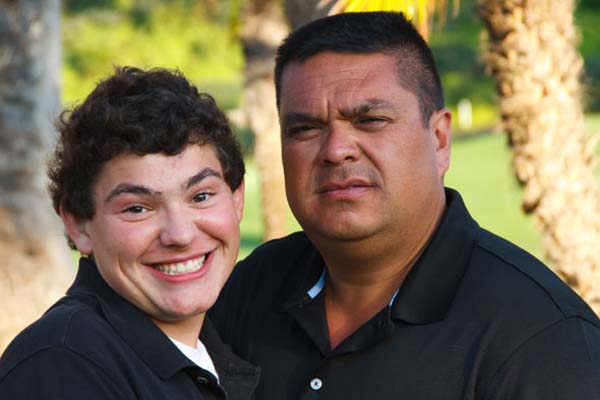 All images courtesy of parentdish.co.uk