Woodbury, Minnesota. A young man passes his motorcycle test and hits the road. He’s only been riding for two weeks when he decides to buy a brand new jacket and helmet in order to keep himself as safe as possible. And it’s a good job he did. Only he was to face a scene straight out of one of the Final Destination movies.

Riding on the eastbound freeway, he’s travelling behind an SUV with a trailer (in the wrong lane) which hasn’t secured its load properly. Suddenly the load comes loose and bounces onto the freeway. The biker was a little too close and so doesn’t have time to react quickly enough.

The two collide. And the rider’s off in spectacular fashion. Luckily he survives and is only a little busted up. Thankfully the driver later handed himself into the police after the video hit the local news… 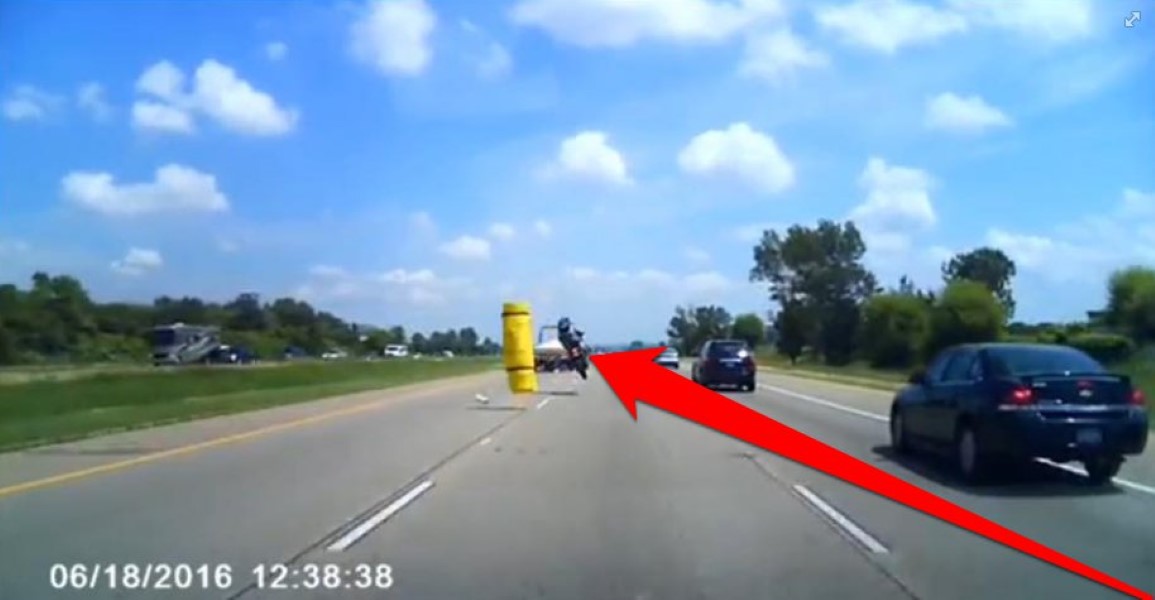 Here is the clip in full. Get ready, because this is some seriously messed-up sh*t right here: