Did you hear the one about the guy that found a mouse in his Mountain Dew? No? Well, it was pretty big news over in Madison County, Ililnois. Soda fan Ronald Ball claims to have opened up a can of the fizzy neon pop and discovered a little rodent inside. Disgusting, right? Right. But something that’s almost impossible, say Mountain Dew producers, Pepsi.  But not because mice are too big to fit or because they’re factories are just so dang clean and rat free, but a far more disturbing reason altogether…

According to Pepsi, if a mouse or rat became trapped in a can somehow, would actually DISSOLVE by the time it reach the shelves! That’s what they got veterinarian expert Lawrence McGill to swear to in the court case with Ball back in 2012. McGill was described at the time as being “familiar with the effects an acidic fluid, such as common soda drinks including Mountain Dew, will have on mice and other animals.” He went on to say that the mouse would be left as a ‘jelly-like substance’ and more liquid than flesh. Gross, huh?

Let’s see if he was telling the truth! 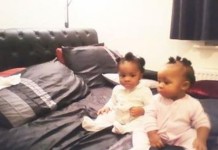 Twin Girls Are Just Sitting On The Bed, But When Mom Starts Singing… WHOA! 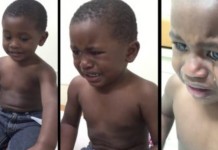 “I’m a Man!” Cute Little 3 Year-Old Takes His Shots Like a Boss! 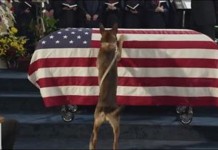 A Marine Died In Battle… But What His Dog Did After The Funeral? I Was In Tears