Two Dutch pilots, flying from Hong Kong to Anchorage in Alaska, have left the scientific community baffled as to the incredible thing they witnessed – and photographed – over the Pacific Ocean recently. After witnessing a huge lightning bolt strike the ocean, just twenty minutes later the waters began glowing an incredible red and orange light. 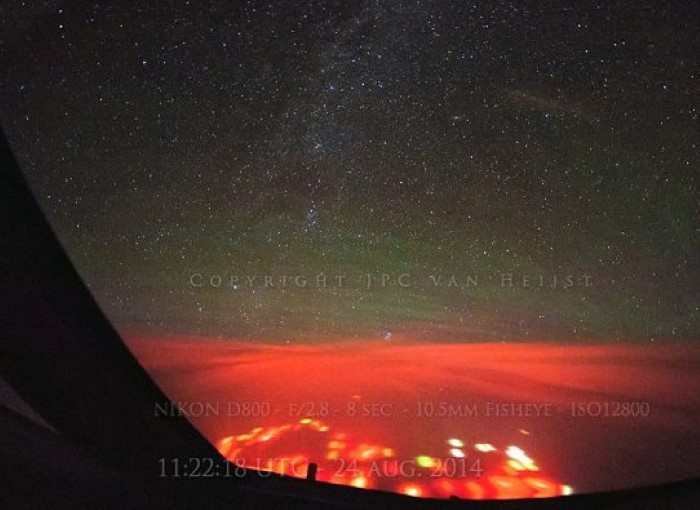 There’s been no explanation served up as to the cause quite yet, spurring paranormal investigators and ufologists to speculate whether extraterrestrial activity could be the cause. Pilot JPC van Heijst is still none the wiser. He told reporters this, ‘Last night over the Pacific Ocean, somewhere South of the Russian peninsula Kamchatka I experienced the creepiest thing so far in my flying career.’ 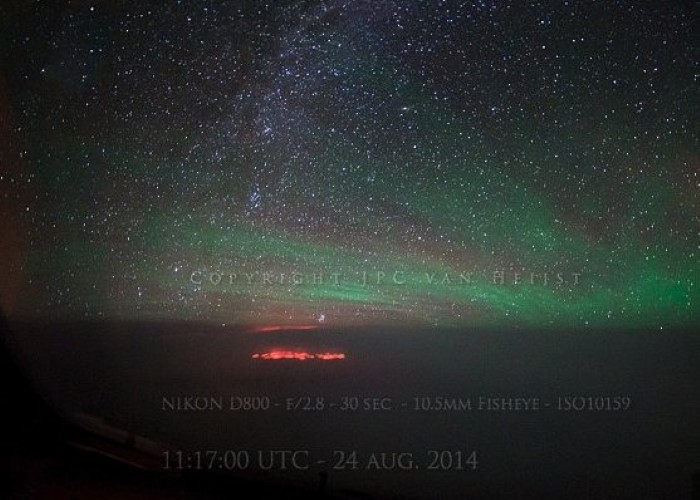 One theory offered up is that the lights came from squid fishing boats, but van Heijst doubts this as it’s unlikely that the boats would head that far out. The other, less fishy and distinctly less supernatural explanation is that the lights are from an underwater volcano. 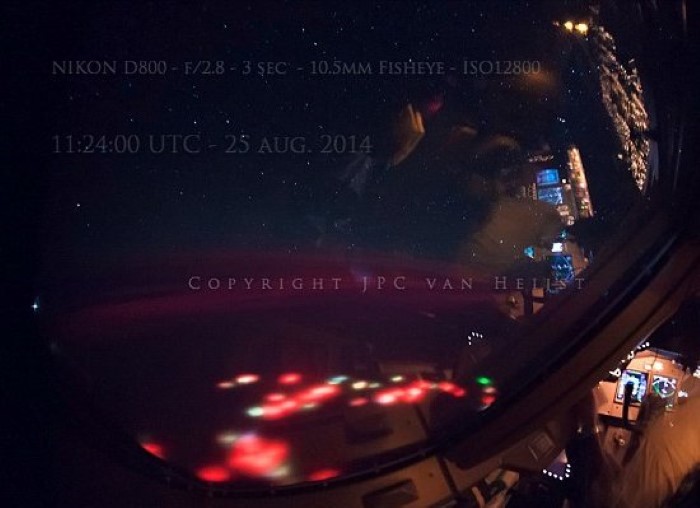 This area of the Pacific Ocean is known as ‘The Ring of Fire’ because of the large number of volcanic eruptions and earthquakes and other natural phenomena that occur there. There are more than 450 active volcanoes in the area. 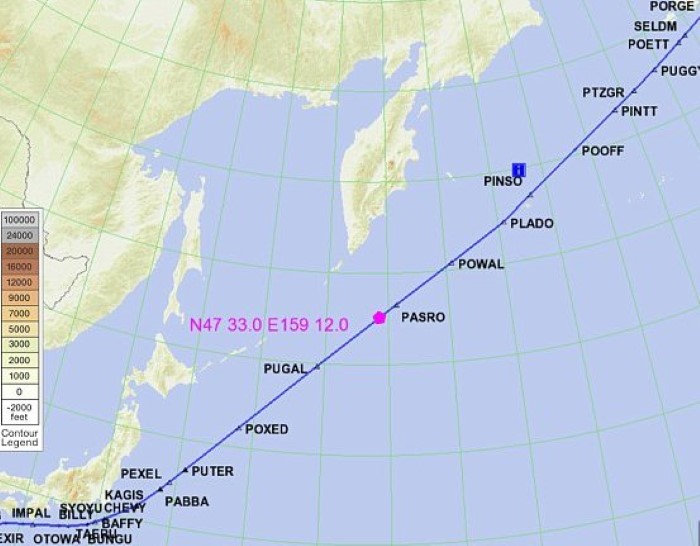 But no scientist has come out and categorically attributed the mystery glow to an underwater volcano yet. Apparently, they’ve never seen a volcano cause light like this before. So, it seems for now at least, that the mystery remains unsolved…