An unexplained object has been found on Titan – a moon of Saturn. The strange phenomenon (pictured below) appeared out of the blue and then, just as quickly, disappeared again. The bright spot which briefly flashed up has been coined as the ‘Magic Island’ by scientists that are investigating it. NASA have been monitoring Titan for some years now and are struggling to explain the extra land which arrived and then left from view. 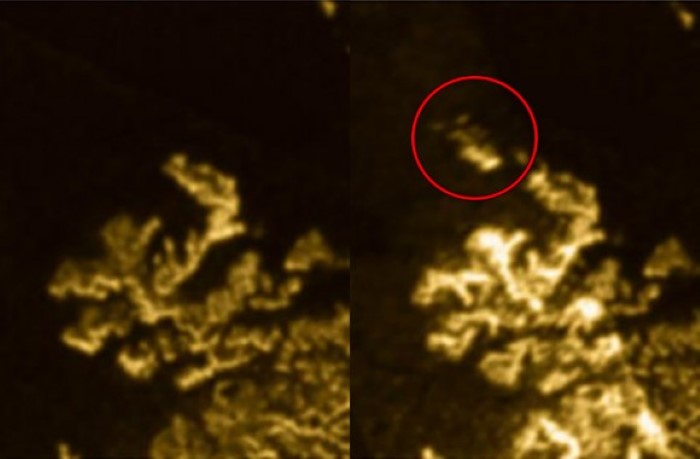 Plantery researchers from Cornell University are currently studying the data and pictures in order to find out exactly what’s going on. Jason Hofgartner’s leading the investigation and says this about the discovery:

“It tells us that the liquids in Titan’s northern hemisphere are not simply stagnant and unchanging, but rather that changes do occur. We don’t know precisely what caused this Magic Island to appear, but we’d like to study it further.”

Not exactly a comprehensive explanation but the discovery has only just been made. 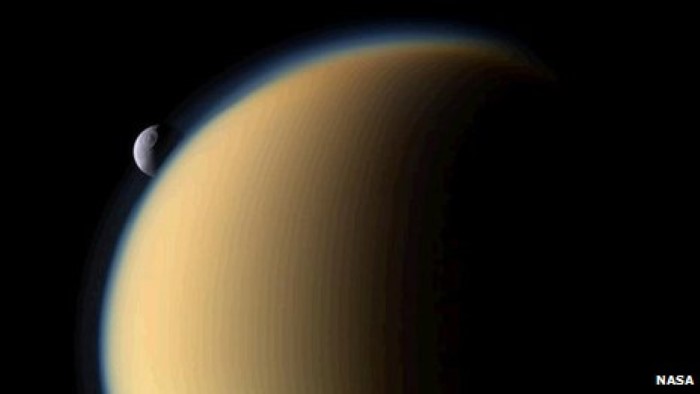 Some ideas have been put forward as to what the ‘Magic Island’ might well be. There are as follows:

1. Northern hemisphere winds that may be kicking up and forming waves. The radar imaging system might see the waves as a kind of disappearing island.

2. Gases may push out from the sea floor of the moon, rising to the surface as bubbles. So it’s not really ‘land’, as such.

3. Sunken solids formed by a massive freeze could become buoyant again when temperatures picked up during the late Titan spring. 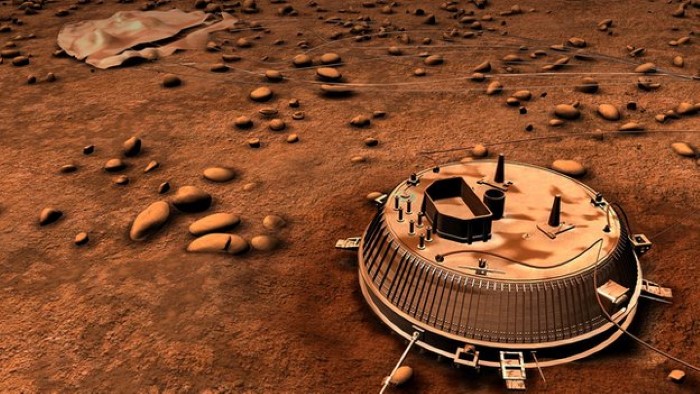 Astronomers are very interested in Titan because it’s – relatively speaking – quite similar to Earth. So to see a 12 mile x 6 mile island appear and then vanish is cause for some concern/study. Initially, some people suggested that the island could be attributed to a malfunction in the imaging system, but engineers have since ruled that possibility out. 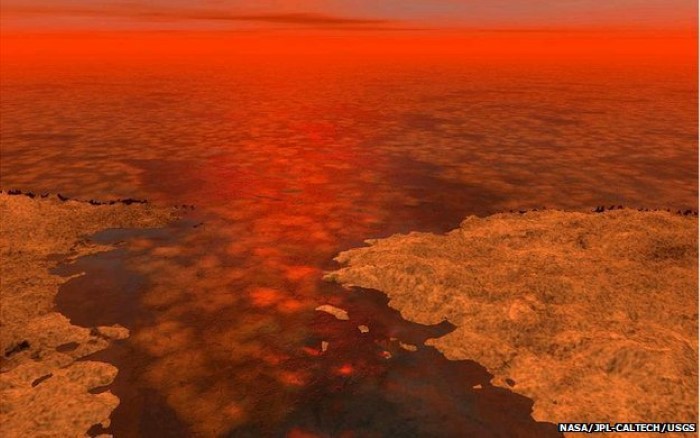 – Titan is Saturn’s largest moon and the second biggest in the entire Solar System.
– There are 62 moons surrounding Saturn.
– It is the only moon in the whole Solar System with clouds and an atmosphere.
– Wind and rain and other weathers create similar features to those found on Earth.
– On Titan it rains liquid methane. Which sounds rather gross, doesn’t it…?! 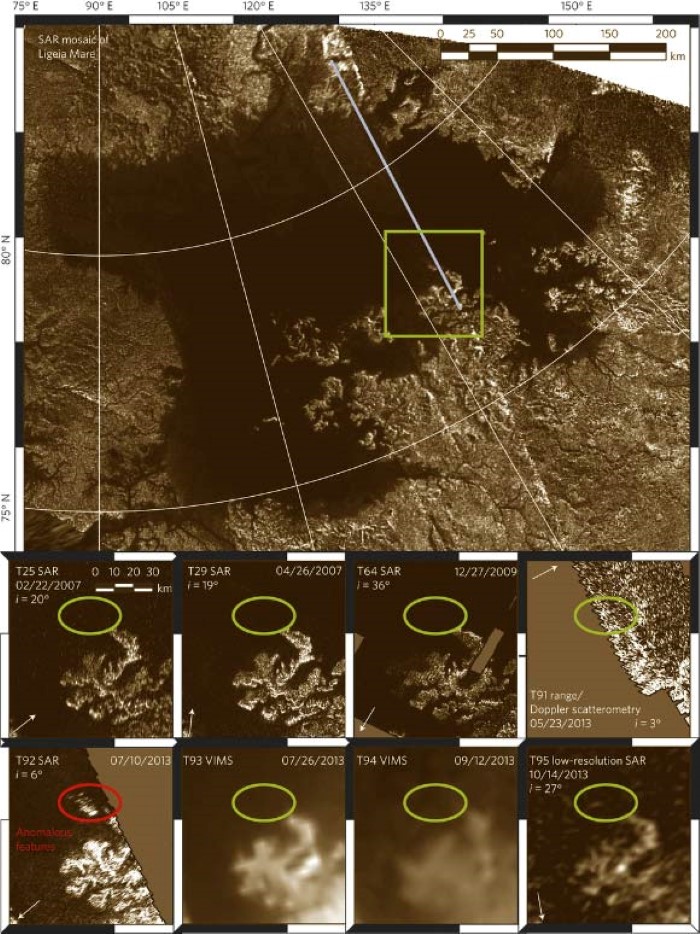 You can see that it’s not entirely dissimilar to Earth from the map below: 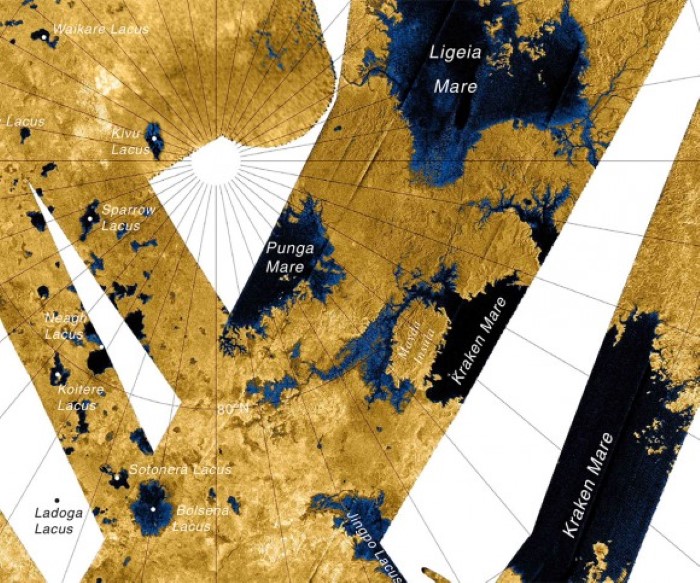 Do you know someone interested in all things space? Send this over to them, they’ll love it.