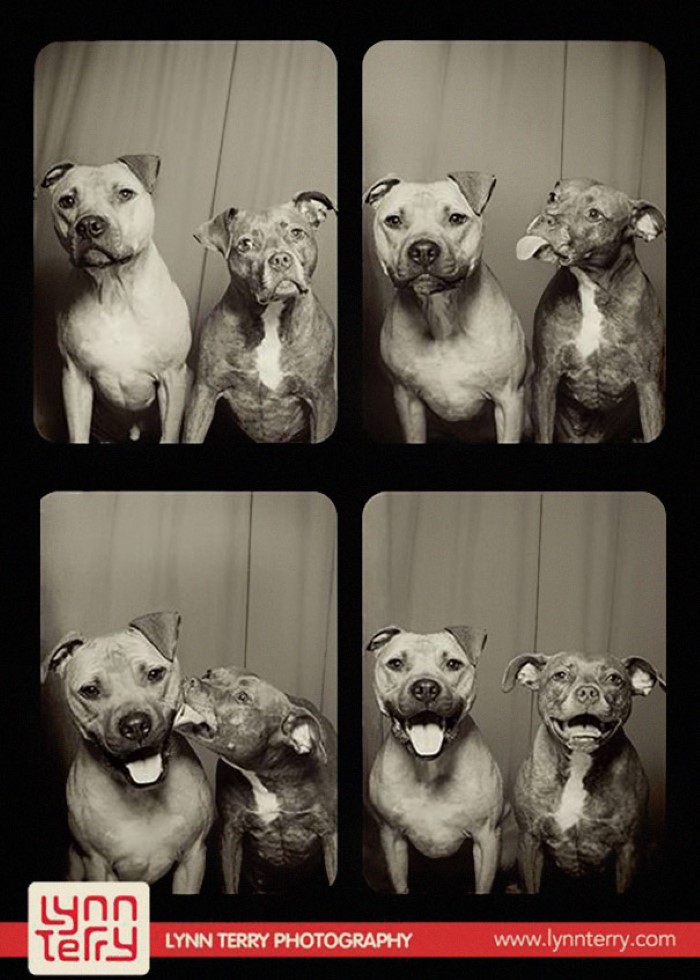 The dogs above are Buster and Willis. Buster is a reformed fighter dog and Willis was born to a rescued fighter dog. Both are safe as houses now and love having their photo taken. 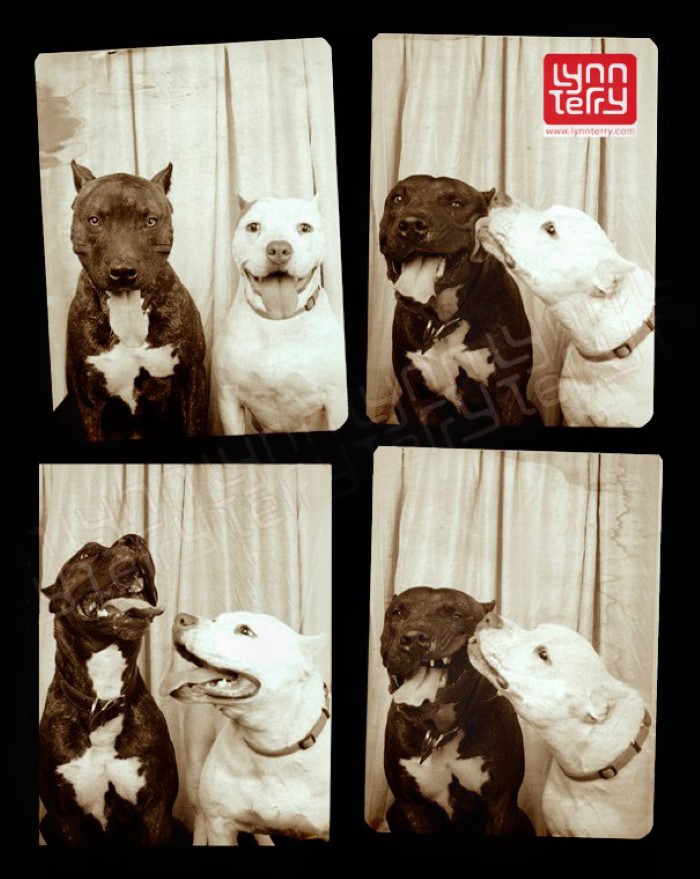 And so do the rest of the dogs here. Or at least, they aren’t all that conscious that it’s being taken! 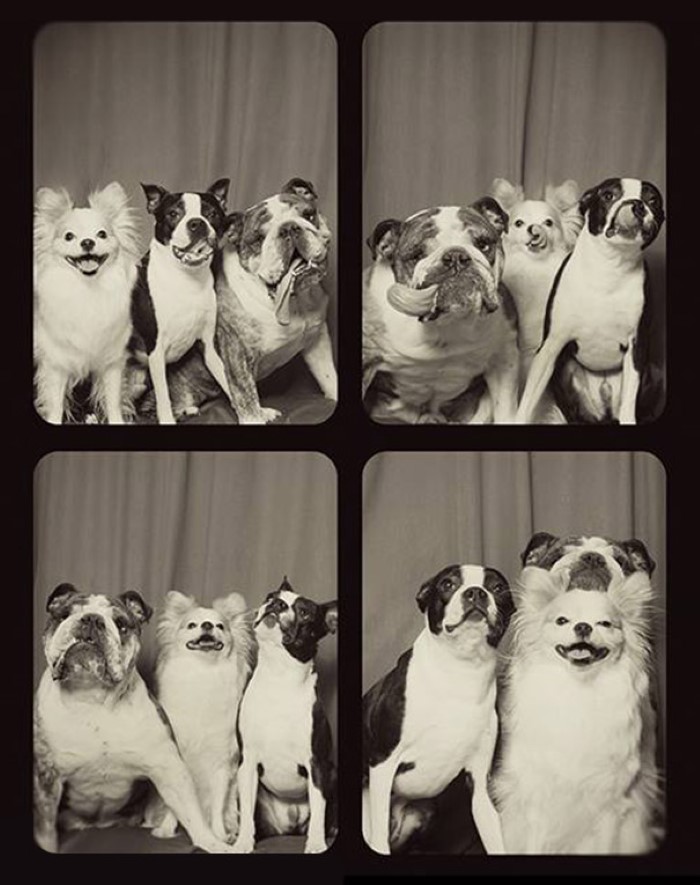 We love these pictures. They’re almost as good as pictures of dogs playing snooker. 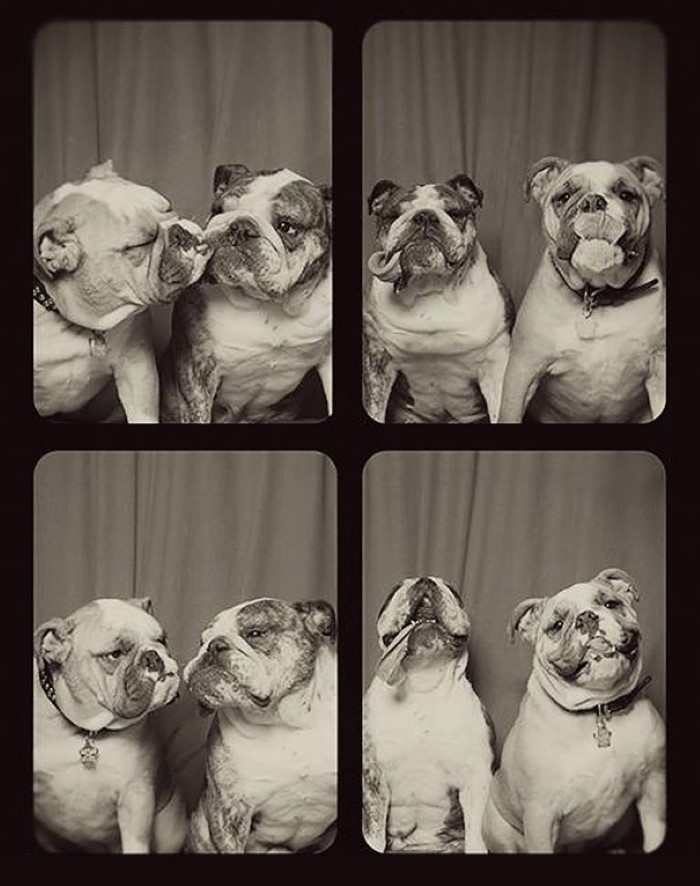 Lynn Terry hails from St. Louis, so all the mutts you see here are from her home state of Missouri. 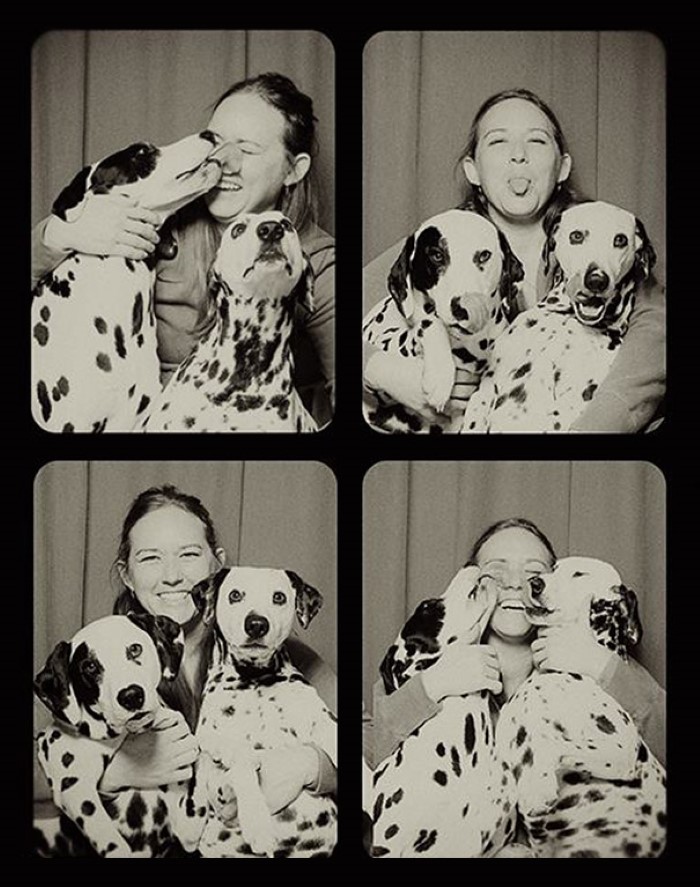 We’ve seen these booths at parties and events. Although we’ve never been greeted by a pack of dogs when we’ve stepped inside (unfortunately…). 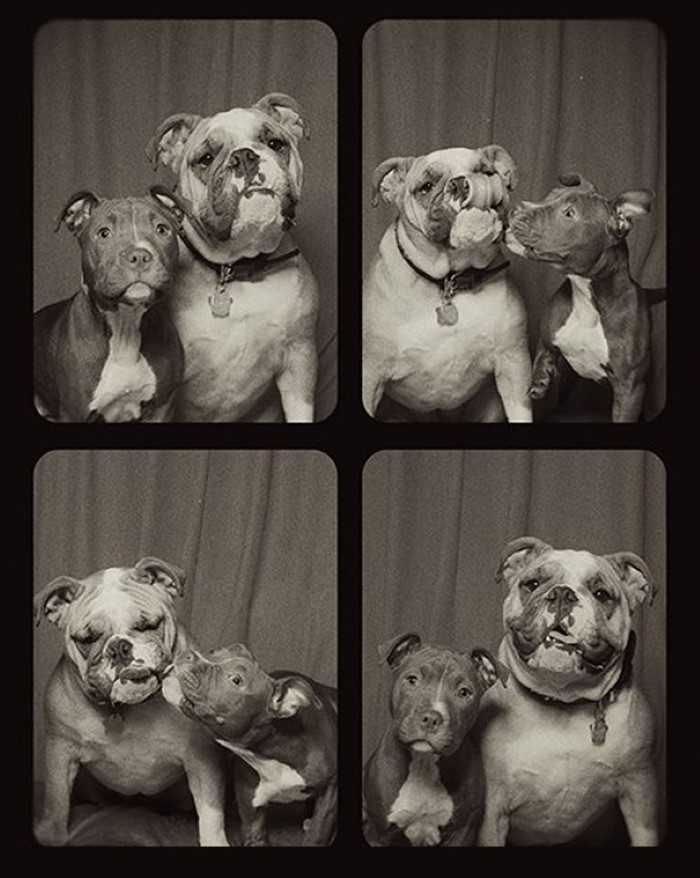 Since the pictures were released, Lynn’s made a kennel-load of TV and radio appearances, both locally and nationally. Seems that people just can’t get enough of dogs in photo booths! 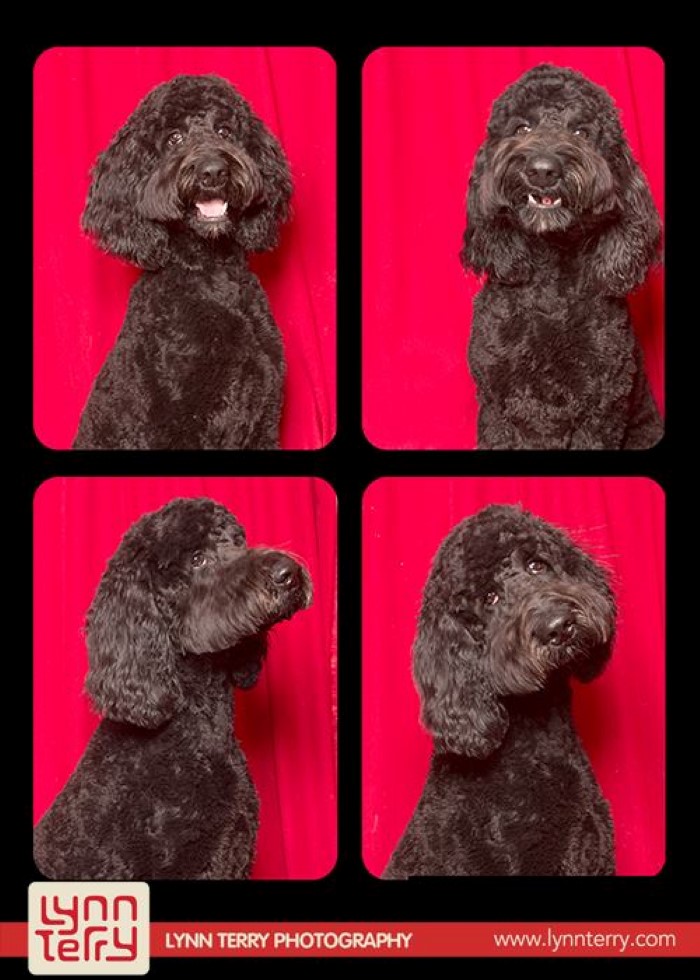 She’s also picked up a few awards for her work. Richly deserved they are too, we say. 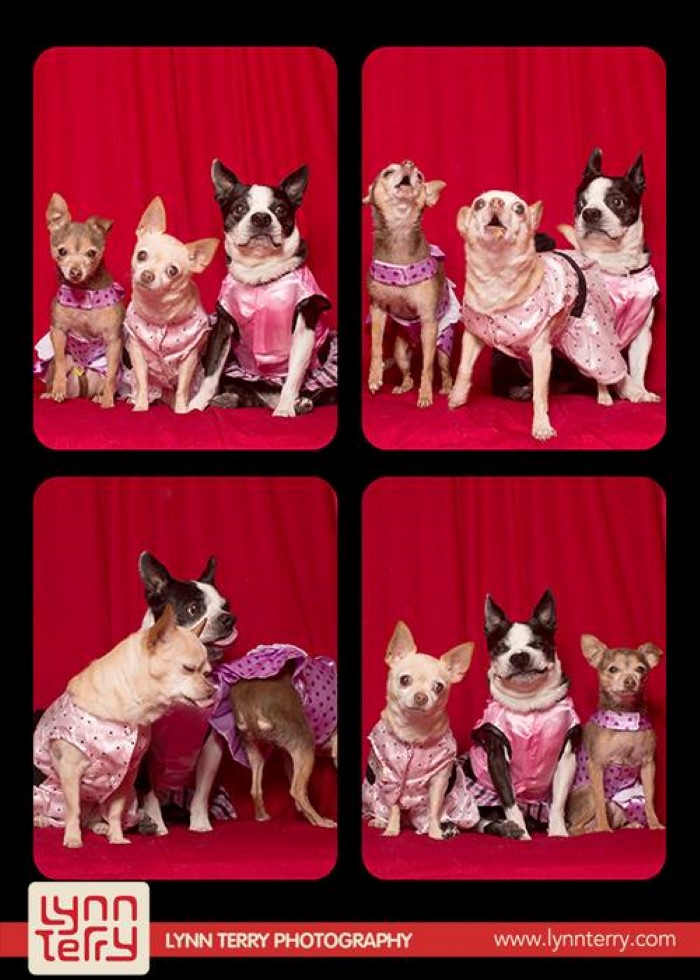 Some of these pictures MUST be posed, surely?! LOOK at them… 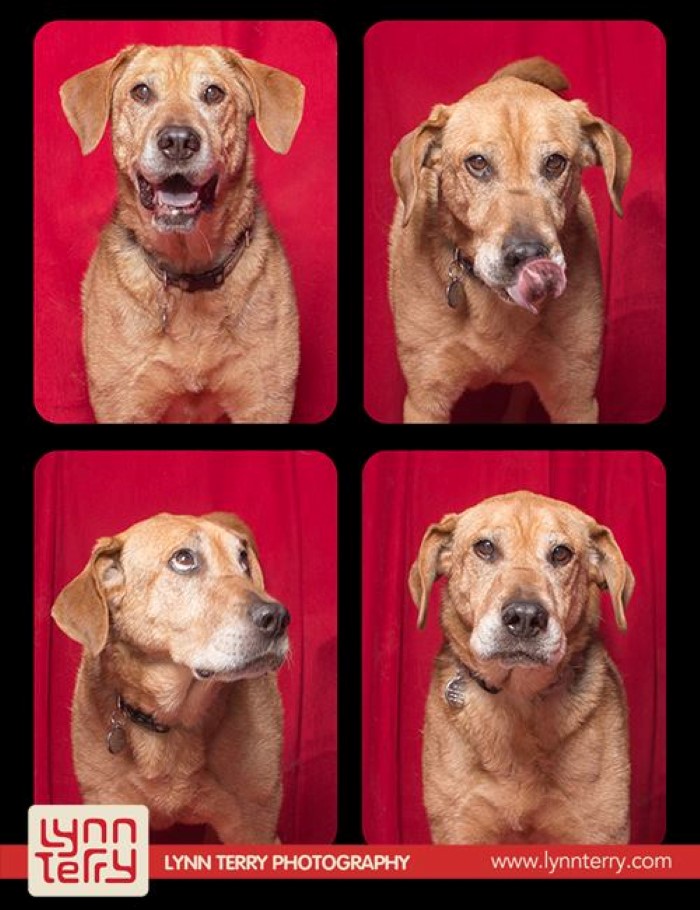 Though we’re not sure these dogs would fancy being full-time models, what with all the catwalks involved. 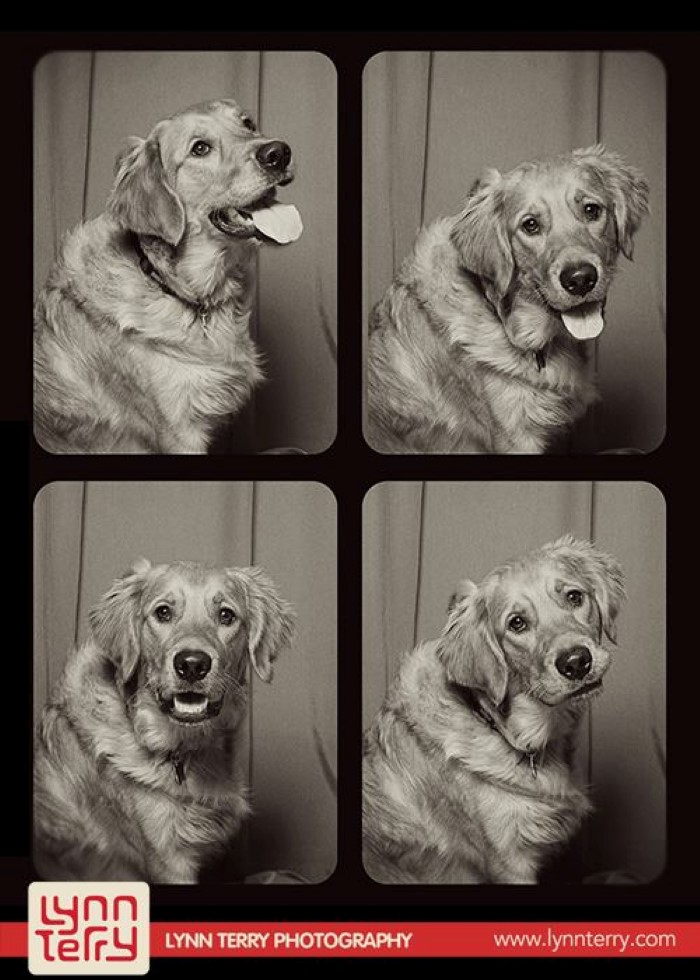 Sorry – that was a terrible joke. Let’s just look at another couple of dogs in a booth, shall we? 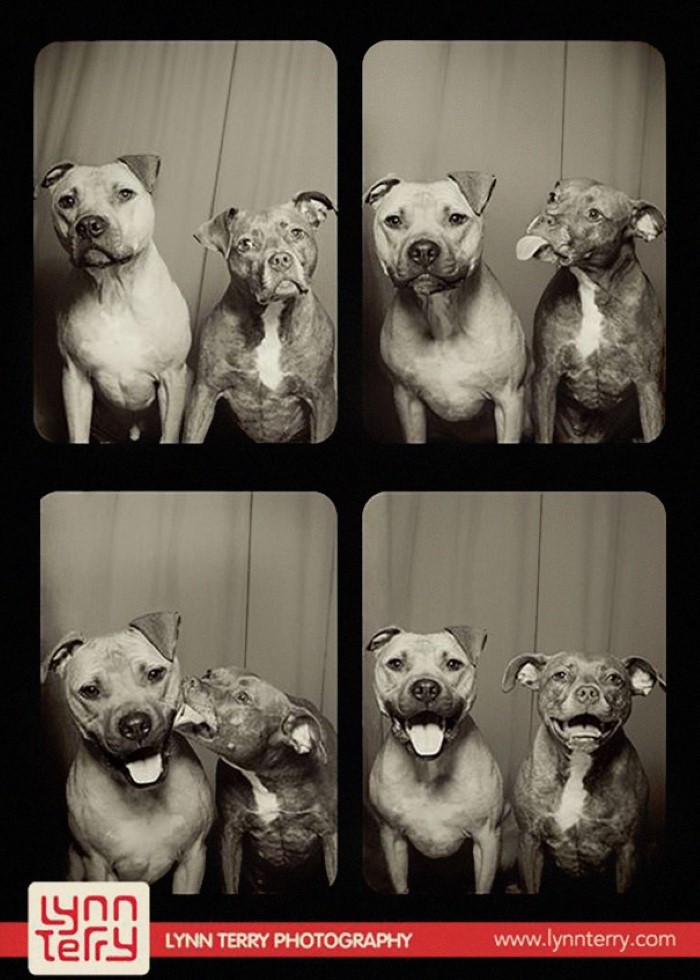 ARGH! We love ’em! Dogs in photo booths – our new favourite thing. Share this with a canine-loving pal today. There’s no doubt they’ll dig these as much as we do.