A pair of Italian police officers have been praised after helping out an elderly couple in their time of need. Officers in Rome headed to the home of Michele, 94, and Jole, 89, after neighbours had reported hearing cries of distress in the home. After arriving at the scene, the cops discovered the pair in tears. However, they had not been burgled or attacked, they were simply in despair at the state of the world. 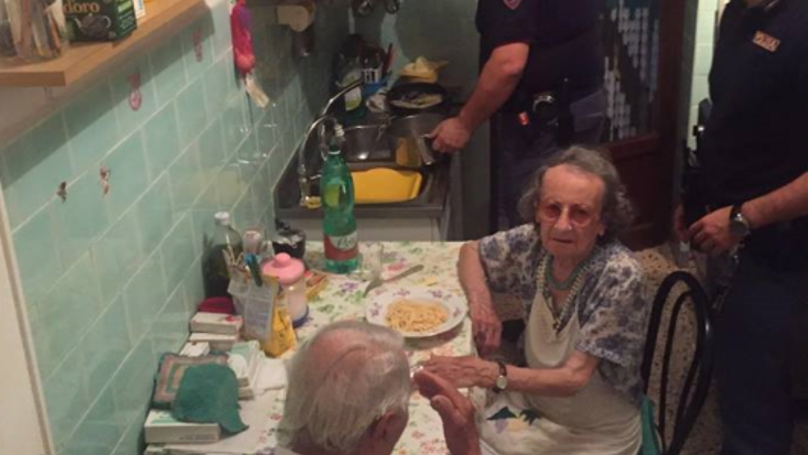 The couple, who have been together for 70 years, told officers that they rarely get visitors. The police also noticed that there was little food in the house, and the pair looked like they hadn’t eaten properly in days. So, as they waited for paramedics to come over to check the couple, the cops decided to cook a slap up meal of spaghetti, butter and parmesan for the hungry pair. 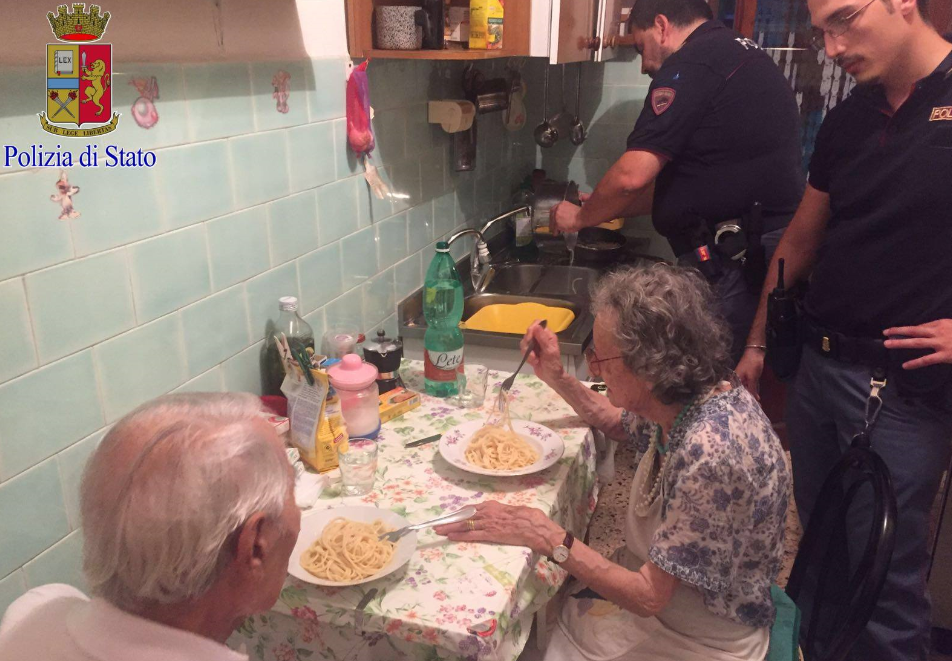 “Jole and Michele are not victims of scams and no thief entered the house – there is no one to save. This time, for the boys, here is a more daunting task – two lonely souls who need reassuring.”