When snow hit Raleigh, DC, Police Officer JD Boyd decided to have a bit of fun. First he joked on Facebook about needing a sled to go out on patrol.

The he put out a challenge to the people of Raleigh. 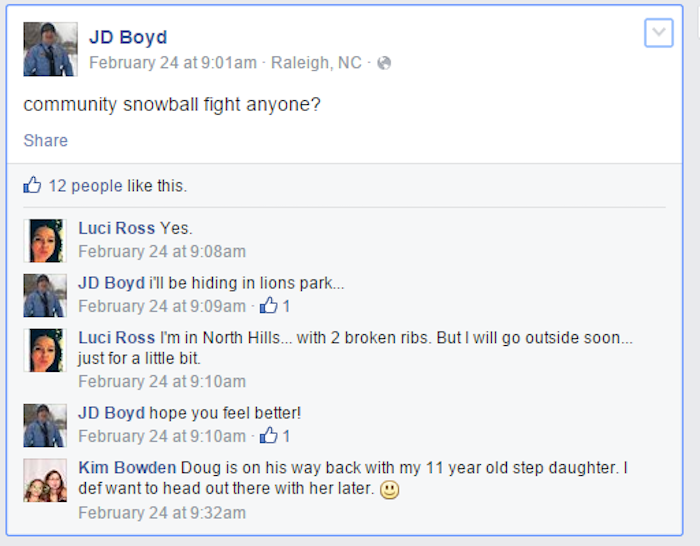 Officer Boyd is notorious for his social media updates, but this one was crazy even for him. First five, and then ten, local residents turned to to the fight in Lion’s Park. Shortly afterwards, after hearing about JD’s challenge, news media also turned up at the scene. Boyd and fellow police officer, C.A. Martucci, also enjoyed a spot of sledding with locals.

After warming himself up a little, Boyd took again to Facebook to share his thoughts on the day. 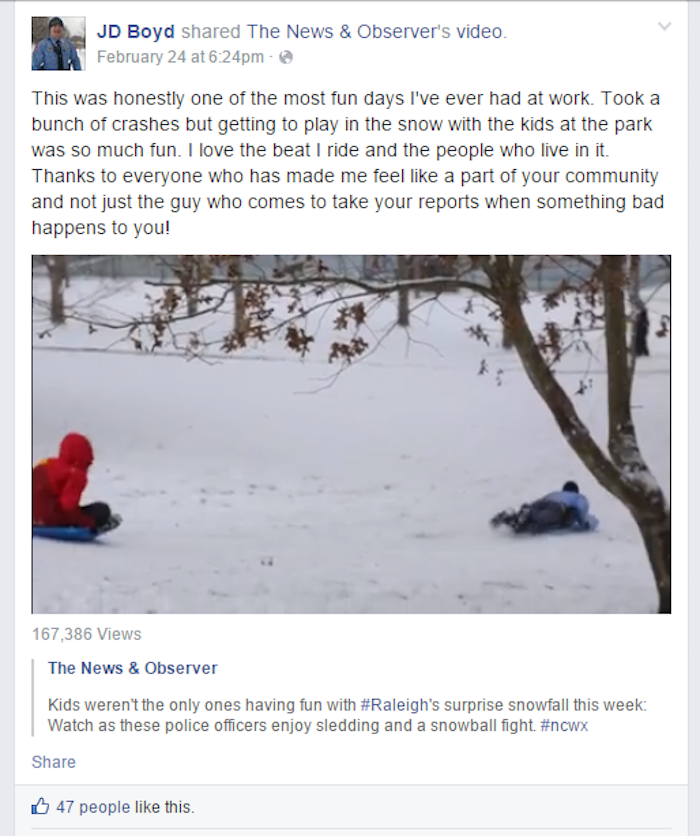 So bravo to Office Boyd. As he said himself, he’s not just the guy who turns up when something bad has happened to you. He’s part of the community.