Hate spiders? If so, we’d probably recommend you don’t read this… LOOK AWAY NOW!

Something truly remarkable/entirely horrifying happened in the town of Goulburn in the Southern Tablelands of New South Wales, Australia recently. It literally rained spiders there. Well, okay – not literally. They didn’t fall from the clouds, but were caught in the wind. Millions of them were spotted in the air, settling on the ground below, leaving webs EVERYWHERE. Just imagine!

It’s a phenomenon known as ‘ballooning’ or ‘angel hair’. The spiders are basically emigrating by climbing as far up trees and vegetation as they can, releasing a stream of their silk and catching the wind. In some cases, they’ve been known to travel some insane distances… We’re talking 900 miles here! 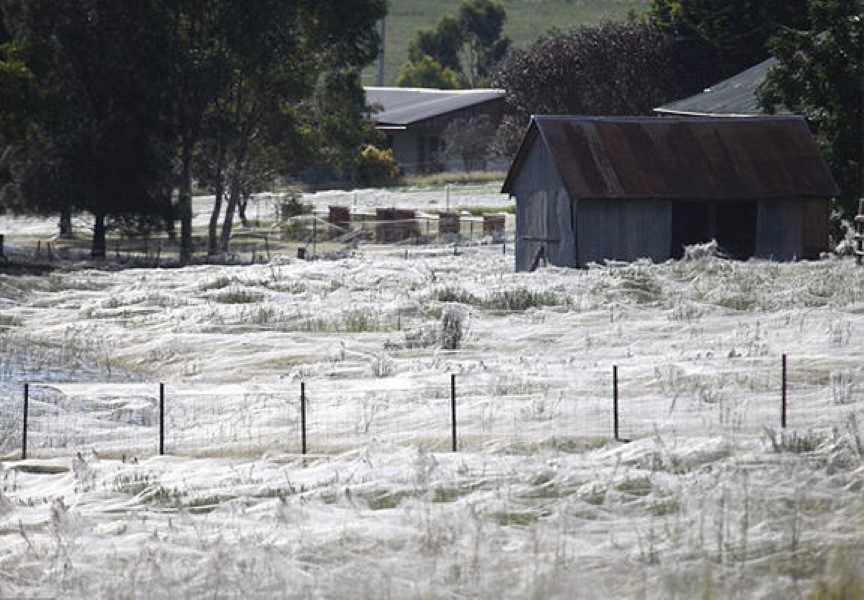 “They can literally travel for kilometers, which is why every continent has spiders. Even in Antarctica, they regularly turn up but just die. That’s also why the first land animals to arrive on new islands formed by volcanic activity are usually spiders. You can have entire fields and paddocks and trees festooned with this gossamer or Angel Hair, as some people call it.” 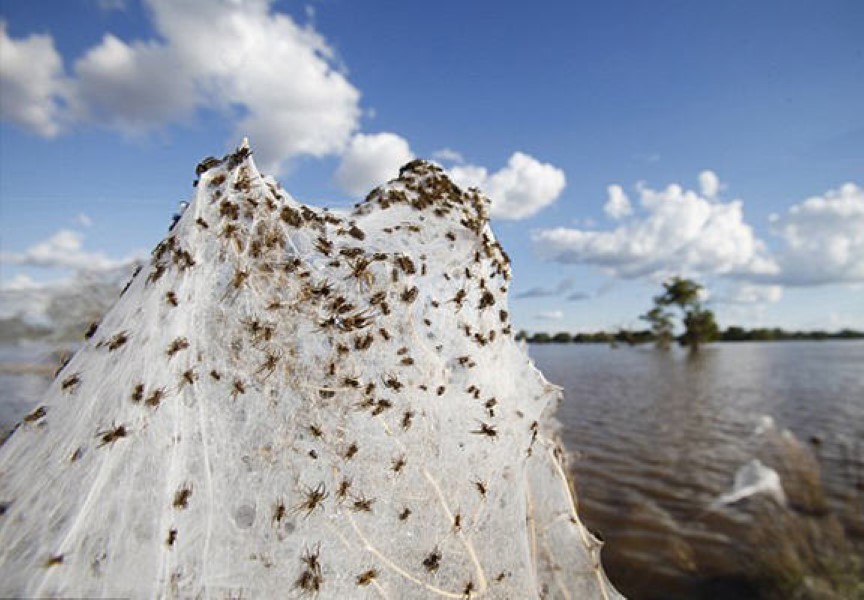 Crazy, right? Remind us NEVER to go to Australia on vacation, okay…?