When you look into the eyes of baby Budi, you have to wonder what’s wrong with the monsters who treated this little fellow so terribly. This cute little baby orangutan was left fighting for his life after some truly upsetting abuse. Thankfully, Budi was rescued at ten months old, but for the whole time he was stuffed into a tiny chicken coop and fed nothing but condensed milk. This led to severe malnutrition (condensed milk has no nutritional value…) and little Budi’s bones didn’t grew properly. 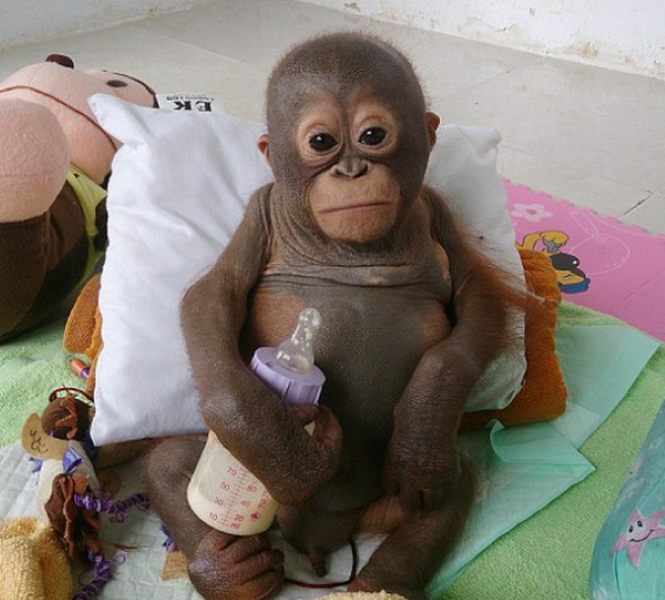 Rescuer Alan Knight from the International Animal Rescue Organization, based out of the UK, said: “Everyone was distressed beyond words to see how much pain he was in. I don’t know how much longer he could have endured so much suffering,” 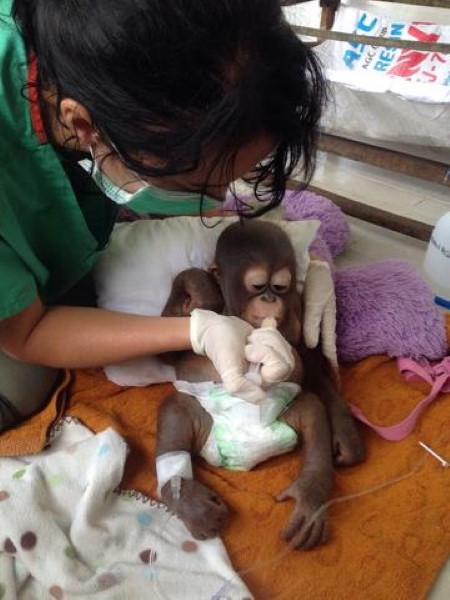 He was found in Indonesia and soon put in the care of nurses who worked night and day to get little Budi’s life back on track. 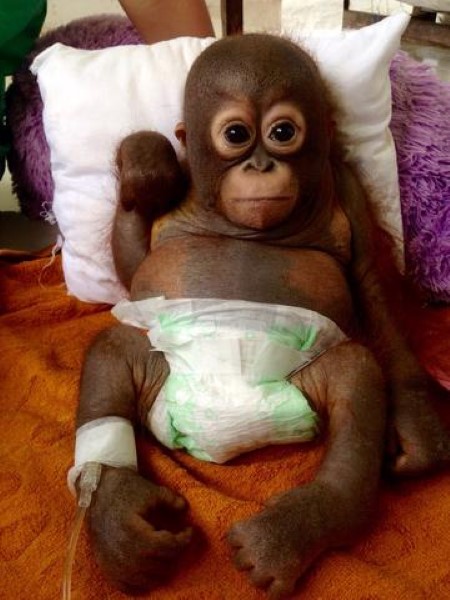 And now he’s nice and healthy with a lovely long life ahead of him! 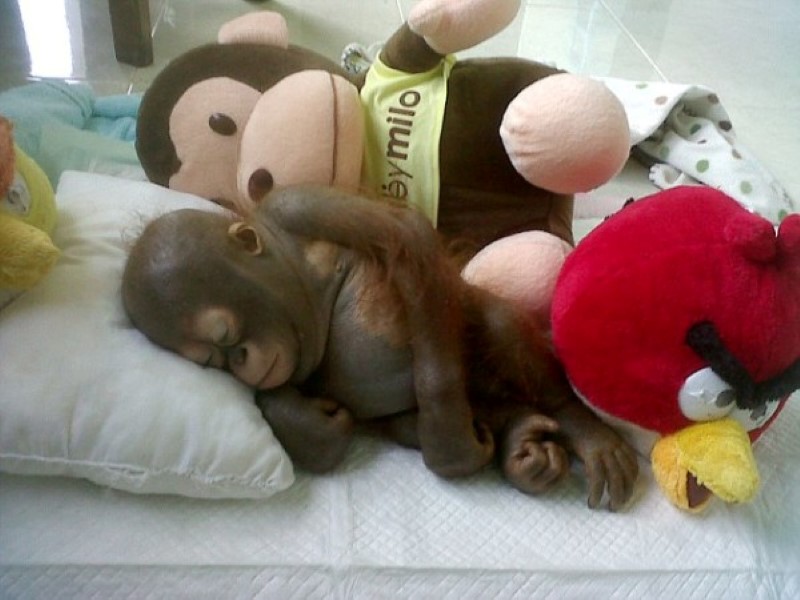 See the beautiful baby Budi in action as he recovers here:

So good to see him getting better!